The Fool’s Journey Through the Major Arcana

The Fool’s Journey is the human journey through life, during which we encounter our necessary and most important lessons. In essence, the Fool is an archetype for a leap of faith, which is the leap our soul makes being born. When we reach the end of life, we return to the Fool’s archetype. Throughout life we are the Fool in many ways because we can draw this card, like all the others, repeatedly.

In the journey of life, the Fool is a candid and unafraid hero who is the symbol for initiation. When the Fool encounters each of the following Major Arcana cards, he or she initiates and experiences the lesson of the other card. The Fool will meet many strange characters and situations on his journey, and will eventually learn about the great mysteries of life in order to reach enlightenment.

The Fool’s Journey is detailed in various books about the Tarot, and you can find details about the specifics of each encounter in the appropriate major arcana page on this website.

Full of innocence and carelessness, the Fool strides forward without worries or care. This candid state of innocence portrays him as a blank slate as he starts his journey toward enlightenment. The Fool is either androgynous or a hermaphrodite, representing both male and female energy.

Major Arcana – I: The Magician

The Magician tarot card exudes confidence and willpower. He holds many tools nearby, each representing his mastery over the forces in the minor suits. His knowledge is vast and ready to be shared with anyone worthy. The Fool learns how about choice and how to solve problems from the Magician.

She highlights the importance of intuition and awareness to reach proper understanding. Most of the solutions to life’s problems can be found from within if you learn to trust your subconscious mind and the whispers of the High Priestess tarot card. The Fool learns how to face adversity and overcome difficulties from her.

The Empress represents female energy and motherhood, but also symbolizes Mother Nature as a whole. She is the feminine divine and the energy of life that can heal, soothe, and grow. The Fool learns how to be part of life, the compassion needed to care for others, and be cared for.

He represents the masculine divine and male attributes, like leadership, power, authority, and status. This card emphasizes the importance of structure and discipline. The Fool learns how to bend nature and other people to his or her will as well as how he or she will respond to authority.

The Hierophant represents learned wisdom and the authority that comes from scholarship and intense study. This card emphasizes guidance from elders and the respect we should show those who devote themselves to knowledge. The Fool learns devotion to a cause, skill, or body of knowledge as way to understand purpose.

The Lovers card focuses on intimate relationship, and the vulnerability we face when we share ourselves with someone romantically. Committing ourselves to another person, sharing resources, and allowing ourselves to explore intimacy is fundamental to our life journey. The Fool learns about himself or herself through and with another person who is not a teacher, but rather a companion.

Like a prince or a king returning triumphant from battle, The Chariot card depicts the energy of victory and achievements. It can be the herald of even further success, and encourage use of your willpower and determination to overcome all odds. The Chariot teaches the Fool the value of drive and ambition, which result from a will to succeed and the desire to win.

Strength represents the conviction, perseverance, and ability necessary to overcome difficulties. It represents courage, inner strength, and willingness to make hard decisions regardless of expediency or worry about what others think. The Fool learns to identify and embrace his or her strengths, and will use them to succeed in life.

He represents the wisdom we find when we separate ourselves from the world around us. Detachment from the noise of life, with the express intention to discover our truths, is the lesson of this card. The Hermit is introspective, looking for answers from within. The Fool learns the value of self-determination from The Hermit.

The Wheel of Fortune represents situations beyond our control that we cannot avoid and must address. In our life journey we often face external pressures from other people or circumstances that force us to react. The Wheel of Fortune teaches the Fool how to handle the outside world that forces restrictions or choices upon him or her.

Justice is what is right regardless of how we feel about the situation or a person. She teaches us the need to be detached in our decision making when the questions of right and wrong arise in our lives. The Fool learns universal truths from Justice, and the necessity of making decisions.

The Hanged Man offers a lesson of self-sacrifice, of giving something away to get something greater in the bargain. Ancient histories and myths are full of similar legends of heroes willing to sacrifice something they care for intensely, for the greater good. The Hanged Man teaches the Fool how to let go of things that are not as essential as you might think, and promises inner wisdom to anyone willing to make that trade.

Death represents profound transformation and the cycle of death and rebirth. Death encompasses transition and change, something moving from one state to the next, balancing and rebalancing life. Every ending is just a new beginning. The Fool learns that life is always about change, which enriches his or her understanding of life as an important journey for the soul.

Temperance brings a message of balance and moderation in all things. This is a card of collaboration, of trying to find common ground instead of forcing the will of one onto another. Temperance teaches the Fool the power of negotiation and solutions that provide gain for all through harmonious agreement.

The Devil shows our carnal connection to the world, representing the influence of primal urges and instinct over reason. While it can be helpful to be reminded of one’s own nature, it can also feel frustrating or leave you in a place where you feel trapped and powerless against these urges. The Devil teaches and reminds the Fool that the earthly journey contains many temptations and one must accept responsibility for one’s choices.

The Tower represents sudden, unexpected, and dramatic change. Sometimes you are at the mercy of the Tower and sometimes you are the Tower, blowing things up in your life and other people’s lives. The Fool learns how quickly life can turn in a new direction, requiring a new start from the rubble of what got “blown up”!

The Star is hope and visions for a bright future. This is one of the most positive cards in the entire tarot deck, a promise, a way to envision something better, and a guide shining the light where you need to go forward. The Star teaches the Fool purpose and endless possibilities, as well as the value of looking to the heaves for direction.

She is the mystery and wisdom of emotions, changing her visage from complete darkness (the New Moon) to full light (the Full Moon) in a never-ending cycle of mystery and revelation. She is the energy beyond, behind, and below logic and thought. The Fool learns the ebb and flow of his or her emotions when encountering the Moon.

The Sun represents revelation and pure truth. The card tells us that we must face reality, whatever it may look like under the full rays of the Sun. When we bathe in the light of the Sun with an open mind and heart, we gain tremendous energy and insight. The Sun teaches the Fool to be honest, with himself or herself, first and foremost, as well as with others.

Judgment represents the responsibility of decision making and the need to understand how we make judgments and why we may find ourselves at the mercy of other people’s judgments. Power is the lesson, and how to use the power of judgment wisely. The Fool learns that life will constantly place him or her in situations where he or she must make a “judgment call”.

The World tarot card brings the Fool’s Journey to a close. After learning all the lessons that the Major Arcana cards had to offer, enlightenment of a part of the journey is within reach. When the World card appears, it is time to move on to the next stage, the next cycle of knowledge, relationship, and life. The Fool learns the value of accumulated knowledge and how to develop more depth and wisdom about life.

Using Only the Major Arcana Cards

Aspiring tarot readers often struggle with the amount of knowledge and study needed to master and read tarot cards. Therefore, a good learning and practicing process sets the Minor Arcana cards aside and uses the Major Arcana cards only. You can do effective readings with just the Major cards since they represent the primary archetypes of our life journey.

And, once you have mastered the entire deck, you may find a reason to isolate a reading with the Major Arcana cards. Even experienced readers will sometimes just use the Major Arcana in order to focus on the most dominant themes in a moment or as an answer to a question. 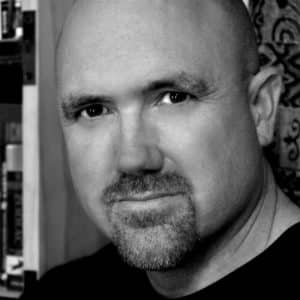 Waning Gibbous Moon
The moon is currently in Aries
The moon is 20 days old
Close
We use cookies to give you the best experience. Continuing using this site we assume that you are happy with it. Ok