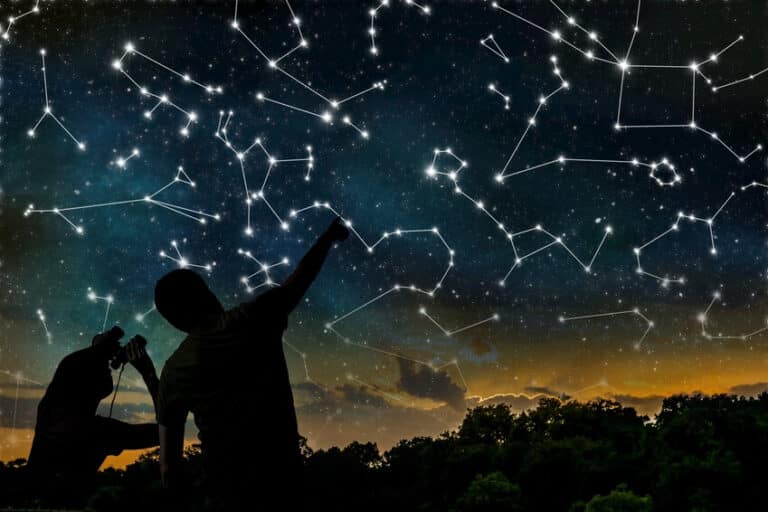 Astrology is not easy to define. And the deeper you go into the study of astrology the more complex it gets. The daily horoscope is really the “tippy-tip top” of an iceberg larger than the one that sank the Titanic. What you see on the surface hides a massive amount of knowledge and information.

The Five Keys to Astrology

Astrology is a challenging subject to master because there is quite a bit you have to memorize and flat out know before you can even begin trying to interpret information about your own chart. Your chart, when you get one “cast” online or with a professional or using an astrology software, is a two-dimensional representation of the layout of the solar system when you took your first breath.

It is cast as a circle made up of twelve segments (pie pieces astrologers call Houses) and populated with glyphs that represent astronomical bodies in the sky and calculated points used for chart analysis and interpretation. These Houses and Points are associated with Signs of the Zodiac, and the points relate to one another through specific angular Aspects from the point of view at the center of the chart.

The doorway that opens you to the world of astrology is based on three pieces of information that you provide an astrologer or put into an astrology program: your date of birth (mm/dd/yyyy), your place of birth (city/state or city/country), and your time of birth.

The time of birth is crucial because it determines which Sign of the Zodiac will rule the first House, determining the energetic influence for twelve different areas of your life (for example, the 3rd House, or pie piece, rules communication and our understanding of the world through our day-to-day interactions with the people around us). Thus, four of the Keys are data-driven:

The 5th, and most important key, is free will!

It is important to understand that the chart is NOT the person. It is essentially an energetic vehicle your soul decided to drive around in during this lifetime. And the easiest way to understand this idea is to talk about twins, or even triplets; they all have the same chart, but they do not have the same driver! One of those souls may love the chart they selected and want to work with it; while the other soul may be unhappy with its choice and strive against the chart.

There really is no getting around the fact that, whether you use flash cards or some creative technique, you will have to know the meaning of the Points, the twelve Houses, the twelve Signs, and the major Aspects (the four most common), if you want to get to the depth and power of astrology. And if you do not want to make this deep dive, then you want to find a professional who has done this work.

Thus, it is important to know that something like the daily horoscope, while well-known, is like trying to understand the most sophisticated car in the world by only looking at the tires! Your Sun, in your chart, is not just in a Sign, but also in a House, at a certain degree, and usually with several Aspects from other points. In a chart cast for April 12, 1968, the Sun has at least six aspects from other points, all influencing how that Sun operates.

Depending on the astrologer, the astrology program, or the online service, a chart may consist of anywhere from 10 to 30 points. Here at askAstrology we refer to the points as “points” because calling them planets is misleading. The Sun is a star, the Moon a satellite to Earth, Pluto has recently been downgraded to a planetoid, and Vesta is an asteroid. Each point represents a marker for human energy.

Lastly, there are six important calculated points to consider when learning astrology; four of them are the important “angles” of the Sun on the day of birth. They are: the Ascendant, Descendant, Medium Coeli (Midheaven/MC), and Imum Coeli (IC). The other two are the Nodes of the Moon, which are the points where the path of the Moon crosses the solar ecliptic. One is the ascending (north) Node and the other is the descending (south) Node.

There are twelve Houses and they represent the areas of our lives starting with Identity, then Needs and Resources, Communication, Family, Creativity, Skills/Day-to-Day Work, Partnerships, Intimate Relationships, Mastery of Knowledge, Career/Prosperity, Community, and Spirituality. Each House is ruled by a sign or co-sign depending on the House System the astrologer or program used to cast the chart (there are over 10 different systems, the most common is one called Placidus).

Points reside in Houses and indicate a focus; so, if your Venus is in the 2nd House of Needs and Resources you will relate strongly with people based on your possessions, gifts given and received, how your home is made a home, and through shared values.

There are twelve signs of the Zodiac, each representing one of four elements and each behaving in certain ways. Aries, Leo, and Sagittarius are the fire signs; Libra, Aquarius, and Gemini are air; Cancer, Scorpio, and Pisces are water; and Capricorn, Taurus, and Virgo are earth.

Aries, Cancer, Libra, and Capricorn are cardinal signs; they initiate energy. Leo, Scorpio, Aquarius, and Taurus are fixed signs; they organize energy. Sagittarius, Pisces, Gemini, and Virgo are mutable signs; they adapt energy. Mercury in Aries, the cardinal fire sign, will make the person a direct communicator, who often drives conversations; they are not afraid to speak up.

If you happen to be born on a full Moon, then your Sun and Moon would oppose one another; they would be 180 degrees apart. In astrology, we call this aspect an opposition, and it tries to perform the function of balancing energies. Someone born during a full Moon who has his or her Sun in Capricorn will have his or her Moon in Cancer.

The last and most important key is free will. Astrology is not deterministic, though many people wish it was or try to present it as if it is. Your birth chart does not tell you if you will be a fireman or hairdresser, but if you choose one of those professions your chart can help you understand how you can best enjoy your life or your role in those professions.

There may be some energies that are strong in your chart and you really do not like them and will choose to resist them. Other energies may be weak, and you want more from them, and will look for ways to increase that energy, perhaps through relationships or by increased effort.

Knowing your chart is the start of a lifelong study of yourself in the effort to maximize your incarnated experience, allowing you to get the most out of this lifetime.

A Very Brief History of Astrology

Western astrology was born in the kingdom of Sumer in Chaldea, in southern Mesopotamia around 3,000 BCE. In the beginning, astrology and astronomy were one and the same.

Among the Sumerians, those tasked with deciphering divine messages were the priests, but also the astrologers and astronomers. From their observation platforms (Ziggurats), they watched the stars using a gnomon (a sundial) or a clepsydra (a kind of water clock). Little by little, they would eventually single out 5 stars that were different. While all the others were unmoving, these 5 were mobile. They called them the 5 planets and identified them with their gods.

They would study them for centuries, writing down their characteristics (trajectories, distance relative to the Earth, color, brightness, size). These planets were associated with the Gods they had been worshipping for eons. But since each of their Gods symbolized a hidden part of the human soul, one thing leading to another, they would connect human beings to the celestial bodies detected in the universe.

Whatever happens on Earth would subsequently depend on divine powers (the planets). In Babylon, Jupiter was Marduk, Venus was Ishtar, Saturn was Ninurta (Ninib), Mercury was Nabu (Nebo), and Mars was Nergal. The moon-god Sin ruled over fertilization and the life force, made plants grow, and was connected to the trees. The sun-god Shamash was a solar deity with the power of light over darkness and evil.

This is how planets became gods, or their messengers, a tradition that was upheld through various civilizations, giving us the current names of the planets.

The long march through history has seen astrology rise and fall in prominence; leaders have openly and secretly used it. For most of history, until the turn of the 20th Century, astrology was mainly used by, and available, to the wealthy, ruling classes, and only practiced by scholars of astronomy.

As the world became more interconnected through increased trade, technology, war, and communication, astrology worked its way into the daily experience, beginning, notably, with the first printed horoscope on August 24, 1930 in the English paper, the Sunday Express.

From 1930 on, more and more astrologers wrote and published. Daily horoscopes became a common section in every major newspaper and magazine, and now they are part of every news and entertainment website. askAstrology is one among a continually growing number of sites dedicated to astrology and other esoteric topics like: tarot cards, numerology, spirituality, and so on.

Points in the Sky

For most of human and astrology’s history, a cast chart consisted of only the Points in the sky that were visible to the naked eye: the Sun, Moon, Mercury, Venus, Mars, Jupiter, and Saturn. Uranus was discovered in 1781, Neptune in 1846, and Pluto in 1930, and these planets were added to the charts cast in the last half of the 20th century and today. Chiron was discovered in 1977 and has been making its way more and more consistently into new beginner books and websites. askAstrology includes Chiron as the main Point.

Even though the asteroid belt was discovered in 1801; and professional astrologer Demetra George wrote her book, Asteroid Goddesses, on the four largest asteroids – Juno, Ceres, Vesta, and Pallas Athena – in 1986, they, and other asteroids, are not part of mainstream astrology yet.

There are three well-known systems of astrology: Western, Vedic, and Chinese. We will only go over them briefly here.

Vedic Astrology was first introduced back in 1500 to 2000 BCE, as it was revealed to the great philosophers of that time. Amongst these Maharishi Parashara turned out to be the most influential. He also issued the text named Brihat Hora Sastra. This text is the most referenced one for Vedic astrology, even today. Vedic astrology is largely practiced by Hindu culture.

Please take your time and look around our site; we have a treasure trove of information and numerous great products that can help you on your life journey. We also have some of the best minds writing for us monthly, so be sure to check out our blog!