Chinese Zodiac, Sheng Xiao, is an important part of the eastern astrology and a reflection of the ancient Chinese culture. This Eastern Zodiac system is based on a twelve-year cycle, where every year of the lunar calendar in the cycle corresponds to an animal sign. Every person, from the day they are born, has a unique animal sign accompanying them throughout life. The 12 animals of Chinese zodiac years appear in such order: rat, ox, tiger, rabbit, dragon, snake, horse, goat, monkey, rooster, dog, and pig. The animal sign is one’s birth symbol that carries Chinese Zodiac predictions of a person’s destiny and behavior. Each animal sign carries individual personality characteristics, and based on those traits, Chinese can predict the compatibility of people with two different animal signs. Moreover, the Chinese Zodiac calendar provides guidance on how people should live their lives and what areas of life they should focus their attention on depending on the current year.

The History of Chinese Astrology

Animal signs in Chinese Zodiac correspond to every year of the lunar calendar based on a twelve-year cycle. The origins of the number twelve in Chinese zodiac are related to traditional Chinese astrology and astronomy. Ancient Chinese people observed that there are 12 full moons within a year, and they regarded the number 12 as the number given under the will of Heaven. Consequently, one ji is 12 years, one year is 12 months, and one day has 12 shi chen time periods. From there, the number 12 has become prominent in Chinese Zodiac and led to the creation of the Twelve Earthly Branches and twelve animal signs of the Chinese calendar. 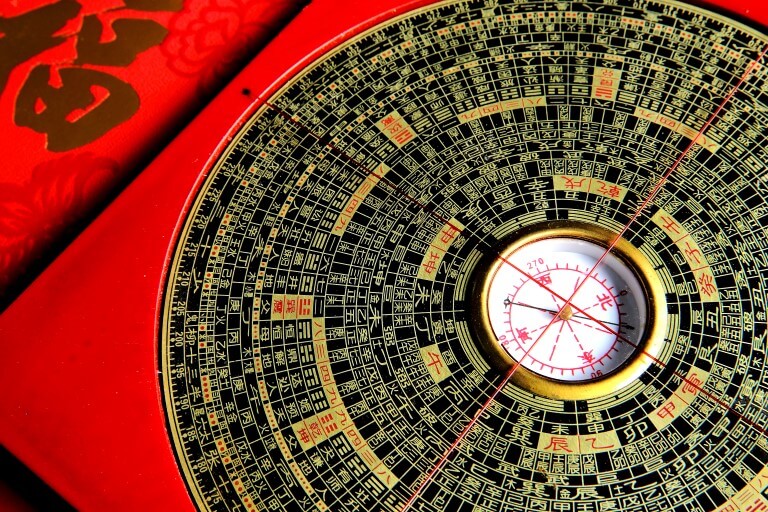 Like other systems, the Chinese horoscope dates system was created for counting years and is now a widely accepted system based on the Gregorian calendar. The selection of animals and the order of their placement in Chinese Zodiac depends on their influence on people’s lives. Ox, rooster, pig, horse, dog, and goat are domestic animals raised by people, while tiger, dragon, rat, rabbit, monkey, and snake are animals loved by the Chinese people. The animals were selected during the rule of Han Dynasty, between 202 BC – 220 AD, and the animal years decided on carried the names according to the corresponding Earthly Branch symbol, such as Zi Rat, Chou Ox, Yin Tiger, Mao Rabbit, Chen Dragon, Si Snake, Wu Horse, Wei Sheep, Shen Monkey, You Rooster, Xu Dog, and Hai Pig.

There are many legends surrounding the creation of the Chinese horoscope years, but the one most widespread is worth mentioning. It says that one day, The Jade Emperor (in Chinese folklore known as The Emperor in Heaven) ordered for animals to be designated as calendar signs. The emperor said that the 12 animals that arrive first the following day will be designated as Chinese Zodiac signs. The rat and the cat heard about the news first and decided to go together to the meeting place. However, the next day the rat forgot about its friend and ran alone to the emperor’s palace.

On the way there, the rat realized that other animals ran faster and made a deal with the ox, saying that it would sing to him if he carried it on its back. The ox reached the palace before other animals, and the rat slid off his back and became the first animal of Chinese Zodiac, with ox becoming the second one. The rat’s friend, the cat, missed the selection of the animals because it arrived at the palace too late, and that is why cats and rats have been enemies since the ancient times.

The fixed order of the animals in Chinese zodiac signs was decided on based on perceived attributes and Chinese Yin and Yang Theory. In order to define the yin or the yang of an animal, one must count the number of their toes, claws, or hoofs. The animals with the odd and the even numbers of toes are arranged in an alternating yin-yang sequence, with the rat being the only animal who carries both yin and yang attributes, as it has a different number of toes on its front and hind legs. This is why the rat takes the first place in the ranking of Chinese Zodiac signs.

Besides considering the yin-yang attributes of the animals, the ancient Chinese have given a symbolic meaning to each animal in the Chinese calendar. For the animal signs to coexist in harmony, strong yang attributes had to be balanced by yin attributes. As such, rat’s wisdom is balanced by the diligence of ox, tiger’s valor by rabbit’s prudence, dragon’s strength by snake’s flexibility, horse’s persistence by goat’s unity, monkey’s changeability by rooster’s constancy, and dog’s fidelity by pig’s amiability.

Besides associating each year of the twelve-year cycle with a Chinese Zodiac animal, in traditional Chinese culture people arranged the same animals to correspond to hours of the day. In order to tell the time, ancient Chinese divided the 24-hour day into twelve two-hour periods, also known as the 12 Shichen or earthly branches, and designated an animal for every period. In Chinese astrology, it is said that a person’s character traits and one’s destiny are influenced by not just their birth year, but their birth hour as well. In the Chinese Zodiac daily hours’ earthly branch system, the animals appear in the same order as in the twelve-year cycle: rat, ox, tiger, rabbit, dragon, snake, horse, goat, monkey, rooster, dog, and pig. Rat’s hours are between 11 p.m. and 1 a.m., with the rest of the animals taking following two-hour periods in the above-mentioned order.

To find out your animal sign in the eastern zodiac, you can use a Chinese Zodiac calculator. Calculation of the years based on Chinese lunar calendar decides that a person will meet his birth sign once in every twelve-year cycle. For example, people born in 1981 belong to the rooster zodiac and they met or will meet their animal sign in 1993, 2005, 2017, 2029, and so on. However, if your birth date falls between January 21 and February 20 according to the Gregorian calendar, your animal sign may belong to the Chinese horoscope of a previous year, because the Chinese New Year falls during this period.

The animal year of the person’s birth in the Chinese calendar carries the name of Ben Ming Nian or Zodiac Year of Birth. The year 2018 is the year of the Earth Dog, so this year is Ben Ming Nian for everyone who belongs to dog zodiac. According to sayings, people in their own Zodiac Year of Birth may offend the legendary god Tai Sui who rules over people’s fortune, and they would suffer misfortunes during their Ben Ming Nian. There are people who believe that expecting bad luck in your Ben Ming Nian is only a superstition as many people find their year of birth lucky. The fortune varies from person to person.

Chinese zodiac prediction teaches to treat one’s year of birth seriously and give relevant gifts to the people in their Ben Ming Nian to help them improve their fortune. In order to reduce the unlucky impact of the year, the ancients advise wearing red socks, waist belts, or underwear given by elders, as red color is said to bring good luck and ward off evil spirits. Moreover, you can purchase a token with Pi Xiu, a mythical wild animal from Chinese traditions that is said to drive away evil spirits, and place flowers or ornaments in the sign’s lucky directions. Since the Chinese believe their year of birth to be unlucky, there are several important things that should be avoided in the year, such as marriage or engagement, starting a business, making investments, and job-hopping. Staying away from negative places, things, and people is also advised during one’s Ben Ming Nian. If you are still wondering, “What is my Chinese Zodiac?”, below you can find the years and personality characteristics corresponding to every animal sign along with the Chinese horoscope.

Personality of 12 animals of Chinese zodiac

Rat ranks the first in Chinese Zodiac signs. People born in 1924, 1936, 1948, 1960, 1972, 1984, 1996, and 2008 belong to rat zodiac. As the main quality associated with this animal sign is wisdom, these individuals are quick-witted, delicate, vital, ambitious, practical, and charming. Their weaknesses include being too stubborn, greedy, timid, wordy, and eager to gossip.

Those born in 1926, 1938, 1950, 1962, 1974, 1986, 1998, and 2010 belong to tiger zodiac. Ranked third in the Chinese Zodiac, the tiger is associated with bravery. People who belong to this sign of the Chinese zodiac are brave, charming, competitive, friendly, and lucky. Some of their weaknesses include irritability, overindulgence, and desire to boast to other people.

Rabbit takes the fourth spot in the Chinese Zodiac calendar where it is a symbol of longevity and good luck. Individuals whose birth year is 1927, 1939, 1951, 1963, 1975, 1987, 1999, and 2011 belong to rabbit zodiac. Such people’s strengths include intelligence, caution, gentleness, friendliness, and a kind-hearted nature. On the negative side, they may be stubborn, superficial, and melancholy.

Individuals whose birth year is 1931, 1943, 1955, 1967, 1979, 1991, 2003, and 2015 belong to goat zodiac. Goat takes the eighth position in the Chinese Zodiac calendar and stands for harmony and solidarity. People born in the year of goat are shy, determined, imaginative, and polite. However, they may be also unrealistic, short-sighted, and pessimistic.

Monkey is the ninth animal sign in Chinese Zodiac and it signifies flexibility. Those born in 1932, 1944, 1956, 1968, 1980, 1992, 2004, and 2016 belong to monkey horoscope. These individuals have energetic, confident, charismatic, intelligent, inventive, and loyal personalities. On the other hand, they may be arrogant, egotistical, snobbish, and restless.

People with the year of birth such as 1933, 1945, 1957, 1969, 1981, 1993, 2005, and 2017 belong to rooster zodiac. Taking the tenth place among the animal signs of Chinese Zodiac, a rooster stands for punctuality and fidelity. Positive characteristics of those born in the year of rooster include being independent, hard-working, honest, courageous, and kind-hearted. Some of their weaknesses are their arrogance and blind admiration of people or things.

If your birth year is 1934, 1946, 1958, 1970, 1982, 1994, 2006, and 2018, you belong to dog zodiac. Dog symbolizes honesty and loyalty and it ranks as the eleventh animal in Chinese Zodiac. Individuals born in these years are friendly, honest, loyal, straightforward, smart, and responsible. On the negative side, they may be cold, stubborn, self-righteous, and critical of others.

Waxing Gibbous Moon
The moon is currently in Aquarius
The moon is 11 days old
Close
We use cookies to give you the best experience. Continuing using this site we assume that you are happy with it. Ok