Major Arcana Tarot and Astrology: What Are the Correspondences?

Home » Blog » Tarot » Major Arcana Tarot and Astrology: What Are the Correspondences? 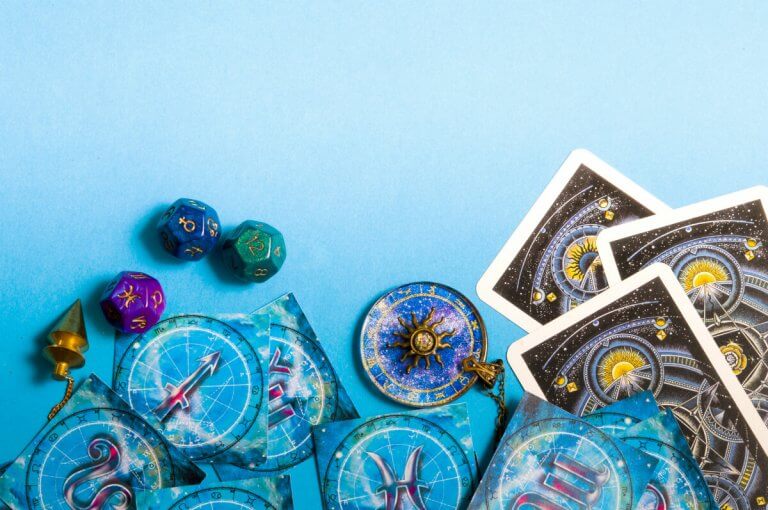 Tarot and astrology go hand in hand even though they are separate divination tools. However, they both help us understand how we fit in the world and they both help us get the world around us. The tarot consists of two parts. They are Major Arcana and the Minor Arcana. The Major Arcana represent themes that are quite important and major which will help us see the cause and effect of situations as well as people in general. And it helps provide guidance that is needed for us to navigate in this world.

The Minor Arcana represents themes that happen to us in our everyday lives or mundane parts of life. And while the tarot helps us understand our place in the world, astrology helps us understand our place in the Universe. This is how they go hand in hand. And now it is time to share how astrology and the tarot are associated by going through each card and learning about which sign or planet they match.

The Major Arcana will be delved into first before going into the Minor Arcana. Are you ready to learn how the Major Arcana of the tarot go hand in hand with astrology? Let’s go.

The Fool is the card that shows up when there are new beginnings, and you are on a path that is unknown. The planet the Fool is associated with is Uranus, as that is the planet that represents new beginnings and change. The world is in your hands when this card comes up.

The Magician comes up when you are creating something new and that requires a functional mind as well as proper communication. This is why Mercury is associated with this card which is the planet the rules communication and movement. Because when there is a new start to something, it requires movement and thought.

The High Priestess represents your intuition and when this card comes up in a reading, this is a time when you are required to use your intuition. This card is associated with the Moon which is also the planet that rules intuition.

The Empress card best is described as a card that represents feminine creativity as well as nurturing and mothering. The planet associated with the Empress is Venus as that is the planet of art, feminine energy, and love. It is also a planet that rules security and comfort which is the mother’s job, hence the Empress.

The Emperor card is an indication of a leader and that order needs to be made. That is why the sign that this card is associated with is Aries. Aries is the natural leader and will keep things under control, but just like the Emperor, the Aries does not want to be controlled. The Emperor is the boss!

The Chariot is the card that comes up when you are encouraged to keep moving during an emotional situation you are in. But it also is an indication of success being on the way because you are going to make sure that failure is not an option. This card is associated with Cancer which represents emotions and protection and in the end success. You are protecting your plan to succeed during an emotional time.

When the Hermit comes up, it is a message that you need to be introspective and reflect on one particular or several areas of your life. The sign that rules analyses and thinking within is Virgo. And this is why the Hermit is associated with this sign. You are guided to focus on the details within which is what Virgo represents.

This card comes up when there is a change in events or if there is any type of expansion regarding any situation. This is why the planet that is associated with the Wheel of Fortune is Jupiter. Jupiter rules expansion and growth, and a change of events will most definitely bring that to you.

The card that represents cause and effect is Justice which shows up when there are legal matters involved or when it comes to you putting in the work and it is finally paying off. The sign that is associated with this card is Libra because it represents balance and fairness. That is what the Justice card is about. Balance and fairness.

Whenever the Hanged Man comes up, it is a sign that the only way to move forward is sacrificing something or else it cannot be done. This card is associated with Neptune because of the uncertainty of moving forward and the illusion it presents when it comes to moving forward. The only certain thing that the Hanged Man shows is that you have to give something up in order to keep going or else you will stagnate and be kept in a realm of uncertainty.

Plenty of fear comes up whenever this card is pulled in a tarot reading. Because of what it obviously represents. However, in most circumstances, this card does not literally mean physical death. It represents a transformation. This card can represent an individual becoming a parent for the first time, or a girl experiencing her first cycle. That transformation as your old self is dead and your new self has been born as an example. Scorpio is the sign that is associated with Death because it is a sign that represents transformation.

When this card comes up, it is a sign that you need to implement moderation and patience in your life. And this may sound counter-intuitive but the sign that is associated with Temperance is Sagittarius. Even though Sagittarius is associated with adventure and exploration, it is a very spiritual sign and represents spirituality and religion as well which in itself is why this card is tied to this sign.

When this card comes up, it shows that you have an addiction or an unhealthy attachment to something or someone. And the sign that is associated with this card is Capricorn which represents limitations that the Devil is showing that you are placing many onto yourself by having these unhealthy attachments. But the lesson with this card is to let go and fear and begin to move towards freedom.

This is one of the cards that are dreaded because when this comes up, it represents a change that will blindside you which will force you to take some sort of action. This card is associated with Mars which rules energy, action, and change. That is what the Tower is about, and you are forced to make changes in ways that will not be comfortable due to an unexpected situation that crops up.

The Star card represents inspiration, hope, and not giving up. And the sign that is associated with this card is Aquarius which rules inspiration as well as humanitarianism. It is a progressive sign which means positive changes will be on the way which provides plenty of hope.

The Moon card is often confusing because it represents delusion and your shadow self. You are forced to use your intuition on a situation if this card comes up in a reading, and this is why the sign it is associated with is Pisces. This is a highly intuitive and imaginative sign which can also represent confusion as it is one that is not associated with the real world.

This is the card that comes up that indicates great things to come and is a card the represents joy and happiness. The Sun is associated with literally, the Sun which rules the ego and will. The Sun in your chart is not just your main zodiac sign but where you shine!

The Judgment card comes up when there is a time to begin to embrace the highest level of consciousness in order to grow and evolve. This is the one that shows up when you need to follow your inner calling and experience a rebirth. Pluto is the planet that is associated with Judgement as it rules transformation, growth, and release.

The Universe or The World

Depending on the deck you are using or that is being used to read for you when the World card comes up it indicates completion and the rewards you reap from it. Saturn is the planet that is associated with this card because that is the karmic planet and many people see negativity associated with this planet, but it will also reward you for the work and effort you have put into something significant.