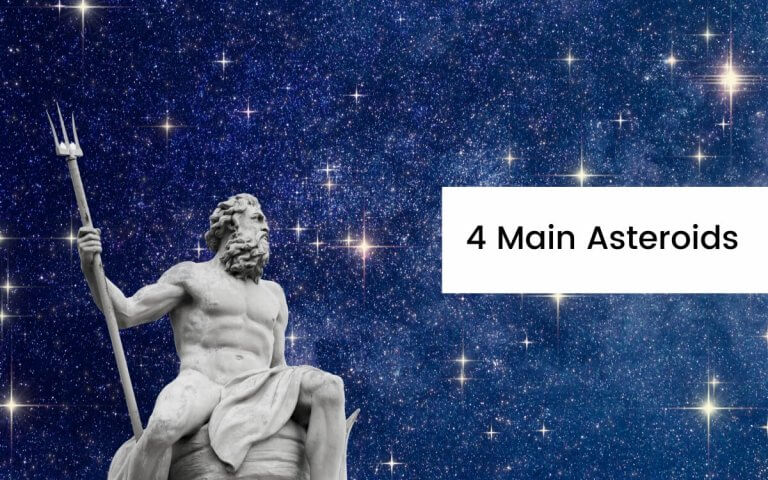 In western astrology, the four main asteroids are Juno, Vesta, Ceres, and Pallas.

Learning the mythology behind each planet/ asteroid helps you form a deeper understanding of what that astrological placement represents. It also helps understand how that aspect may influence you depending on where it’s placed in your chart.

Juno comes from Roman Mythology, and the equivalent in Greek Mythology is the Goddess Hera.

Hera was the Goddess of love and marriage.

Hera was the daughter of Saturn and Rhea.

She was the mother of Ares (Mars), Hebe (Goddess of youth), and Eileithyia (Goddess of childbirth).

She had all of her children with her husband Zeus (Jupiter).

She was one of the only Deity’s who remained faithful to her husband Zeus despite his infidelity, hence being the Goddess of Marriage. She is known for her jealousy and frustration at her husband’s cheating.

I tried to find a standout story of Hera, but all I could find were stories of her attempts to get revenge on her husband’s unfaithfulness. For example, she turned one of his lovers into a cow. In another story, she delays the birth of Zeus’ son Hercules so that her own son could take the throne. In the story of the Trojan War, she never forgave Paris for choosing Aphrodite as the most beautiful Goddess above her.

In astrology, your Hera represents what you want to keep. It represents your loyalty, jealousy, what you are willing to defend, the terms of your ideal marriage, and who/what you would ideally like to marry/ spend your life with.

Hestia was the daughter of Cronus (Saturn) and Rhea. Sister to Zeus (Saturn), Poseidon (Neptune), Hades, Demeter, and Hera (Juno).

She was one of three virgin Goddesses, despite the fact that both Poseidon and Apollo wanted to marry her.

Hestia made an oath to Zeus (Jupiter), the brother who freed her from Cronus having swallowed her, that she would forever remain ‘pure’- never entering into union with a man.

She is the Goddess of Hearth (the floor of a fireplace) and Domestic life.

Hestia was first to be swallowed but last to be brought up, making her both the oldest and youngest sibling. Hestia was known to be gentle and kind, if not a little bit bland.

As Hestia was always at home tending to the fireplace, she is not involved in any myths besides the story of Saturn and Jupiter, and a myth whereby the God of fertility (Priapus) tried to rape her- but a donkey chased him away.

In astrology, your Vesta represents femininity, power and control, and the patriarchy. It represents where you are likely to encounter gender politics. It can also speak to celibacy.

If you have a strong Vesta, it is likely that your social circle/family life/work life is female-dominated.

Demeter was the daughter of Cronus and Rhea, sister and consort of Zeus.

She was the Goddess of harvest, fertility, and agriculture. She taught man the art of growing and using corn. She was one of two Gods of the Earth.

Demeter was the mother of a virgin daughter named Persephone, who was abducted by Hades (God of the underworld).

Demeter, filled with grief, went on an endless search for her. The seasons halted and all living things died. At this point, Zeus intervened and sent his messenger Hermes to the underworld to go in search of Persephone, preventing the end of life on Earth.

Hades agreed and gave her a pomegranate as she left. When she ate the seeds, she would be bound to him for one-third of the year. This meant that he had some power over the harvest and would not be without if a season was dry.

As time went past Demeter’s anger over Persephone’s abduction grew, and she subjected the world to famine. Zeus sent God’s one by one to try and bring her around, but she refused.

Demeter and Persephone were eventually reunited at the order of Zeus, and she was granted four months a year with Persephone. Her daughter would be with Hades for the remaining months.

In astrology, Ceres represents the depth of love that lies within us. It represents your love language, how you show and understand love. It can also represent grief, loss, and our response to the absence of a loved one. It can represent how we can get protective. It can be representative of separation.

There are a few people named Pallas in Greek mythology, which confuses matters a lot.

As we are speaking in relation to astrology, the Pallas we are talking about is one commonly referred to as ‘Pallas Athena’.

Pallas was a Titan God in Greek mythology. The Titans were led by Cronus (Saturn) and they had overthrown their parents to control the world.

Pallas was Titan of warcraft and was killed by the Goddess Athena.

Athena was the daughter of Zeus. Zeus (Jupiter) was known to have overthrown the Titans with his siblings.

Zeus swallowed Athena in an attempt to prevent himself from being overthrown but after suffering from a headache, Zeus was operated on. A fully-grown Athena emerged from the wound in Zeus’ head.

This apparently symbolizes that she was more masculine than feminine in terms of energy, despite being a female.

Athena succeeded her mother and become the Goddess of wisdom. She was a warrior Goddess, directly opposed to Ares, which made her the embodiment of warcraft, bloodlust, and chaos.

Athena is commonly associated with the name Pallas and is often referred to as ‘Pallas Athena’.

Growing up, Athena was friends with Pallas, and they were both raised ‘in the arts of war’.

Later down the line, they had a fight. Wanting to neutralize the situation and save his favorite child from harm, Zeus interfered by distracting Pallas. Athena seized the opportunity to kill her.

Athena was immediately filled with remorse and grief. Despite her anger and abilities to succeed in a war, she had an eye for justice and would always try to come to a balanced conclusion in an argument. She made a statue of Pallas.

It speaks about your nature with temper and instincts with reason. It explains what sort of strategy you use to navigate new environments. Overall it speaks to how you think and use logic in your life.

War and wisdom are an interesting combination.

It can also represent our relationship with our fathers/ men in our life.