In Greek Mythology, the equivalent figure of Saturn is Cronus. Pluto is represented by Hades.

The Story of Cronus

Saturn is the planet of growth in terms of hard work. It is a planet that surrounds the topic of setting goals and achieving them.

In Greek Mythology, Saturn (who comes from Roman mythology) takes a figure in a character called Cronus.

Cronus was the son of Heaven and Earth. Because Heaven lay upon the Earth, there was no light and it was always night.

The children of Heaven and Earth grew up unhappy because they could not see. They were imprisoned by the bodies of their parents, and there was no light.

The children of Heaven and Earth consulted as to what they should do to bring light back. Shall they slay them or separate them? Shall they let one go upwards and become a stranger to let the others remain below and be a parent to them?

Cronus was the one to separate the two, castrating his father with a sword.

He overcame this challenge and became King of the Gods for doing so.

He married and had five children, who he swallowed because he was fearful that his children would overthrow him the same way he overthrew his parents.

When his final child Zeus (Jupiter) was born, the mother of the child fled to Crete and birthed him. She tricked Cronus into swallowing a stone instead of him.

Zeus grew up and returned to Cronus, challenging him to disgorge his siblings. He declared war on Cronus and was victorious.

Cronus disgorged all of Zeus’ siblings and was overthrown.

It demands us to get to work and work hard. To be on Earth and to succeed, we require a level of discipline and responsibility. We have to show the world what we are made of and break through restrictions.

Is there time for everything we want to do? Are there limits?

The limitations we face in going after what we want is important to Saturn. We must learn to manage and handle restrictions in order to succeed.

Saturn goes retrograde once a year and it goes on for 5 months.

During the retrograde period, we are forced to review the challenges we face which stop us from being able to achieve our goals. It also asks us to review our masculine energy in an attempt to better ourselves and the way we handle things.

When Saturn goes direct, obstacles are lifted thanks to your reviewal- and you are able to set and achieve the goals you have set.

If you find yourself being thrown into a state of mental chaos and overwhelm during the Spring period- it’s because the masculine energies ruled by Saturn are undergoing a great transformation. This requires you to do a lot of work from the outside in.

Also, if you find that your relationship with your father is particularly turbulent around this time, it’s usually reflective of this universal energy.

The Story of Hades

In Greek Mythology, Pluto was represented by a figure called Hades, which translates to ‘the unseen’.

Known as ‘the giver of wealth’, Pluto/ Hades was God of the Underworld. He was the son of the Titans Cronus (Saturn) and Rhea.

After Cronus was overthrown by Zeus and the rest of his children, the kingdom was divided among them and the underworld was given to Hades.

He ruled with Persephone over the dead. Hades supervised the trial and punishment of the wicked after passing, but he wasn’t normally a judge, nor did he personally torture the guilty.

He’s usually described as being stern and textbook, not swayed by empathy, prayer or repentance.

From April to October 2019, Pluto was in retrograde. If you look back on this time of your life you may have noticed that this was a time of great upheaval and transformation in one way or another.

Pluto is the planet of truth, transformation, and rebirth. It’s the planet that brings up all blockages, injustices, challenges and shadow aspects to purge them, in order to make way for new.

Also known as the planet of exorcising, power (both exposed and buried), and destruction.

When Pluto is retrograde, truths are exposed. Injustices become less easy to ignore and people are usually more aware when they are being manipulated or blackmailed. It can often bring a surge of anger and rebellion- especially when the planet goes direct. This happens for five months every year. It can be an incredibly challenging time.

Pluto encourages you to let go, surrender and embrace fluidity in order to continually evolve and grow. When Pluto goes direct, it’s like the personification of rising from the ashes as a new, wiser you.

In your chart, Pluto shows the area of life where you will personally face the intense powers of creation and destruction. It can show you where in life you feel most helpless and most like a victim.

In acknowledging this area of yourself, you can begin to learn how you can rewrite the story and claim your power back. Knowing yourself gives you the opportunity to change. You can examine your own reactions and notice how you unknowingly feed into this cycle of being walked over.

This planet is misunderstood as being harsh and tough, but Pluto is cruel to be kind. Hades, as mentioned, was known as the giver of wealth as well as the God of the underworld.

In life when we want to grow and level up, we have to qualify. We have to become the version of ourselves that already has all that we want and in order to be that person, we need to be tested and prove that we are ready and mature enough for the responsibility of success.

Pluto is a loving teacher, encouraging you to be the most authentic and receptive you. It wants to give gifts, but it can’t unless you are ready to receive them.

The retrograde period for both planets tends to overlap. During this time the general tone of people when facing obstacles is ‘it’s not good enough’.

These planets encourage us to break through barriers to make a change, we find it more difficult to appease what we consider to be ‘below par’ behavior at this time.

I like to use mythology to make sense of life and the challenges we face in it- so once I finally get my head around the story of each planet in detail I’d like to share in hopes that it might help someone else in turn. 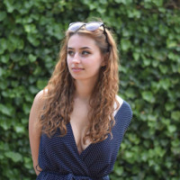