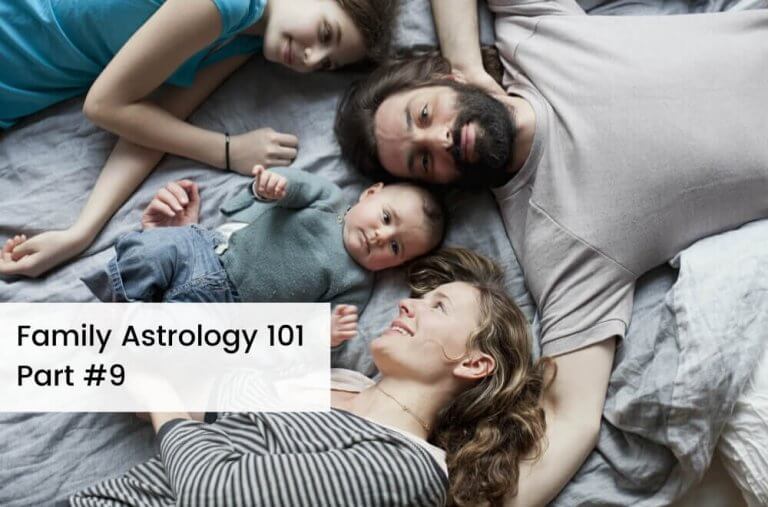 Getting to Know the Charts of the Child and Parent – Saturn

This article will look more in-depth at the parent/child charts presented in the previous articles and shown here below. We will now look at how Saturn energies in the two charts are most likely to interact, and what the parent and child will need to do to make interaction successful and positive. 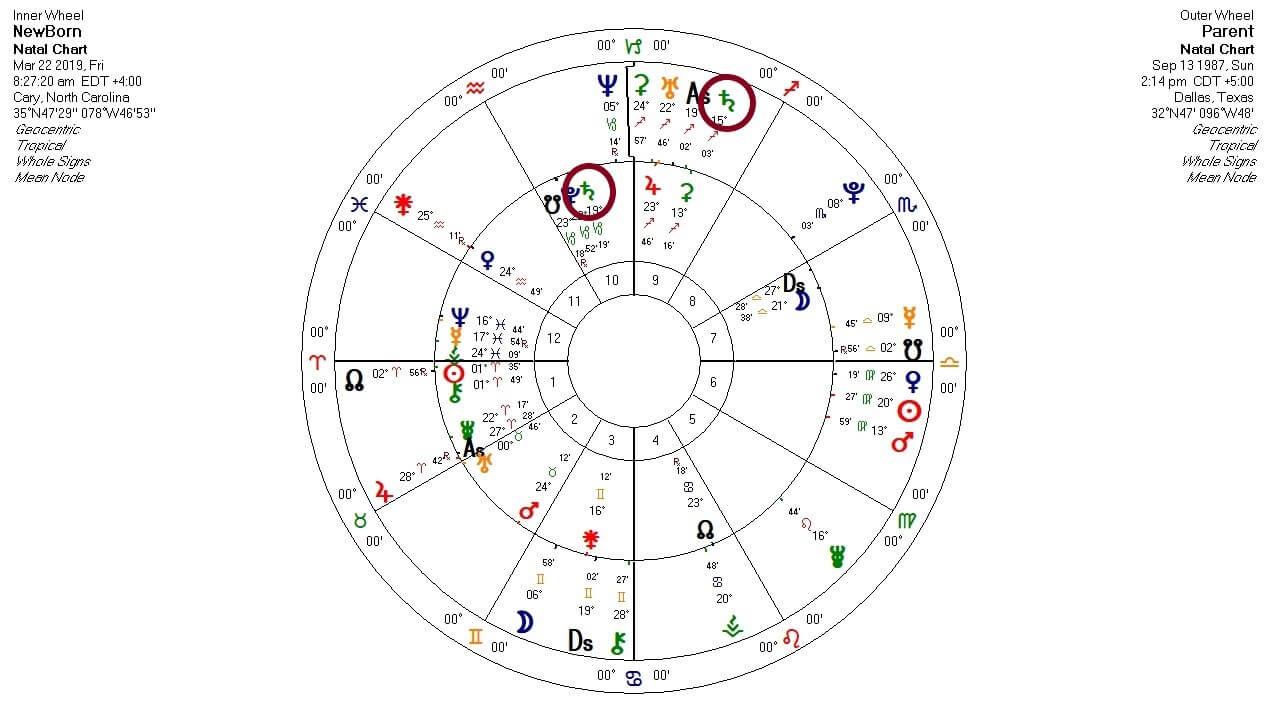 Saturn is in a fire sign for the parent and an earth sign for the child.  In fact, the child has Saturn in its rulership, so it is particularly strong, and it occupies its House of Rulership; this child has an extremely powerful placement for this point. It is a very good thing that the parent has Jupiter in a sign of authority; otherwise, the child might try to act like the parent or find himself or herself in that role.

The parent’s Saturn in Sagittarius has a keynote: “the mind encompasses a broad range of interests”. And the symbol is: “friars prepare monastery wine for world distribution”. (Astrology: The Divine Science, 149). This parent may have a keen interest in philosophy, religion, or scholarship that he or she will want to share with the child.  The parent will also likely have a strong code of ethics that he or she will want to impart on the child.

Saturn rules hard work and career, so this parent may face limitations around trying to be an active parent if there are worldly responsibilities to take care of that are both demanding and time-consuming. There can also be a love of travel and desire for worldly experiences that can be shared with the child.  Generally, this is one of the more positive placements of Saturn, since the ruler of Sagittarius is Jupiter.  Saturn can help one achieve high goals with this placement.

In the very specific case of these two charts, the parent’s Saturn can help the child figure out how to take an interest and follow it through to the highest levels and the most complete study.  The parent will want to impart a love of learning to the child and also be demanding regarding the quality of effort and output the child pursues and produces.  There can certainly be an authoritarian shadow to this placement, so the parent needs to be mindful of being too overbearing when seeking excellence from the child. 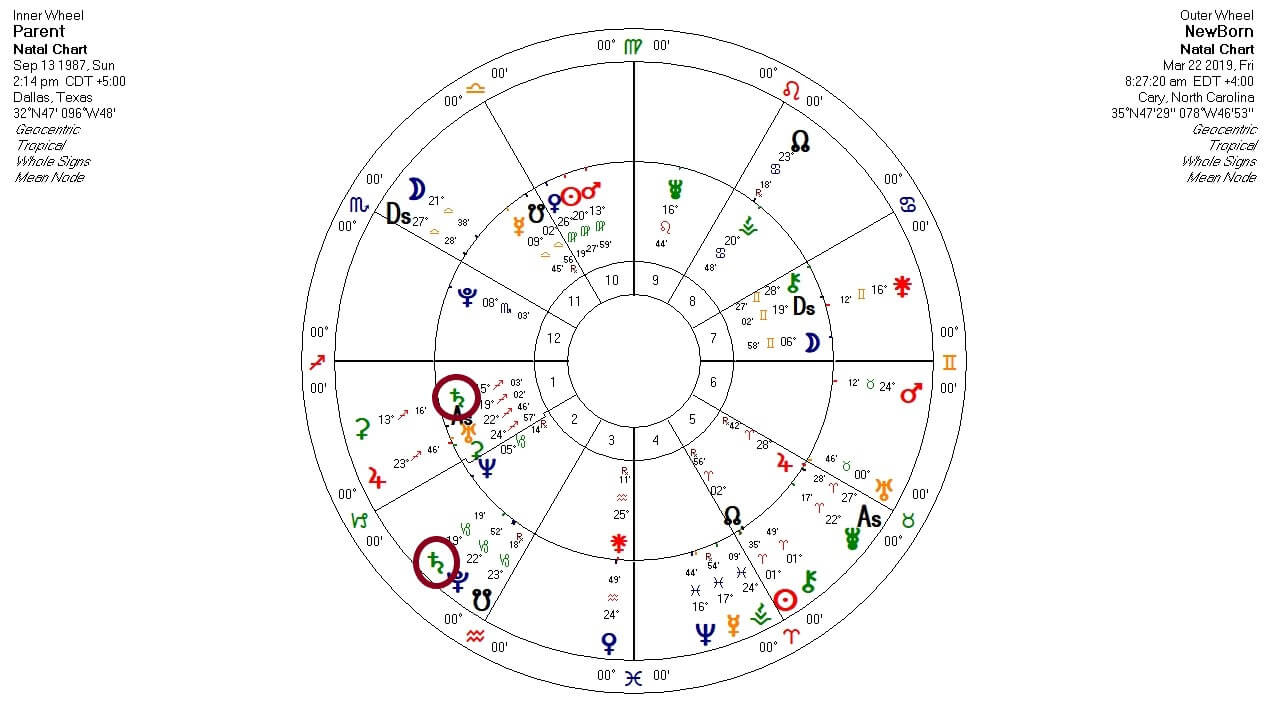 With Saturn so close to Pluto, this child will be a powerful change agent and could prove to be demanding in his or her own right thanks to the proximity of the South Node (what we can overuse or rely on too much).  This will also be a high achieving child and he or she will want to have the necessary resources and access to succeed.  If he or she is an excellent athlete, then the best training and opportunities.  If a scholar, then access to the best schools.

This parent-child relationship through Saturn is potentially challenging because these are two intense placements and they sit side-by-side.  By some interpretations, these points would be considered in the “blind spot” of the other and may face real struggles trying to understand each other’s limitations.  The Capricorn Saturn can easily be one of the most serious and competitive.  The Sagittarius Saturn can be more flamboyant, but no less competitive.

In the next article, we will look at the parent/child Uranus to Uranus relationship and see how they are likely to be revolutionary as members of different generations.

What Is Reiki Attunement and Why is it Necessary?