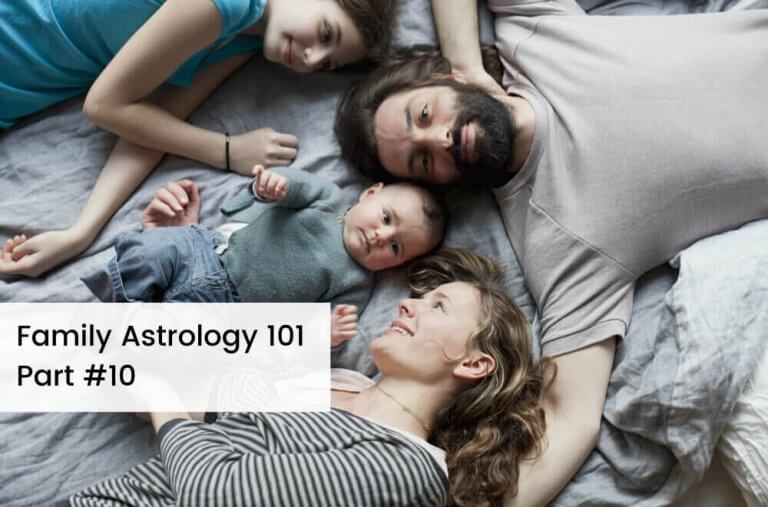 Getting to Know the Charts of the Child and Parent – Uranus

This article will look more in-depth at the parent/child charts presented in the previous articles and shown here below. We will now look at how Uranus energies in the two charts are most likely to interact, and what the parent and child will need to do to make interaction successful and positive. 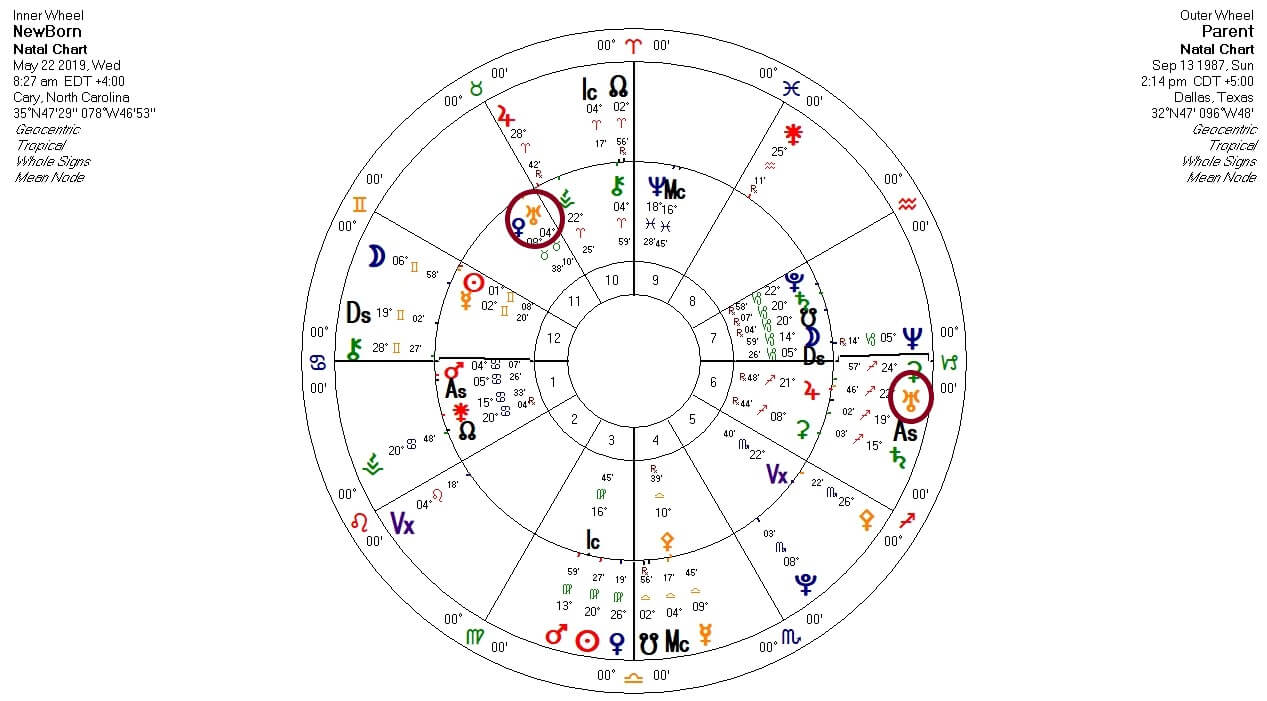 Uranus is in a fire sign for the parent and an earth sign for the child.  The child has Uranus in a difficult placement.  Even though Uranus rules another fixed sign, Aquarius, its nature is to be revolutionary.  Taurus, by nature, resists change and prefers to persist in well-worn patterns and behaviors.  Dynamically, the parent’s Uranus will actually be more revolutionary than the child’s.

The parent’s Uranus in Sagittarius has a keynote: “wisdom develops from a broad range of interests”. And the symbol is: “a rocket ship with astronauts is fired successfully into space”. This parent may have a keen interest in philosophy, religion, or scholarship that looks at non-traditional beliefs that he or she will want to share with the child.  The parent will also likely have a strong, but uniquely personal code of ethics that he or she will want to impart on the child.

Uranus rules revolution, individuality, and wisdom, so this parent will likely want to show the child the latest and greatest in art, sports, education, and toys. There can also be a love of travel and desire for worldly experiences that can be shared with the child.  Generally, this is one of the more positive placements of Uranus, since it is an air point in a fire sign.  Uranus can help this parent try different techniques to achieve high goals in his or her role as a parent.

In the very specific case of these two charts, the parent’s Uranus can help the child figure out how to explore non-traditional forms of study while attending school and work when seeking employment.  The parent will want to impart a love of learning to the child and be comfortable letting the child experience alternative and unique learning philosophies.  There can certainly be an authoritarian shadow to this placement, so the parent needs to be mindful of taking an “I said so” approach to guiding the child. 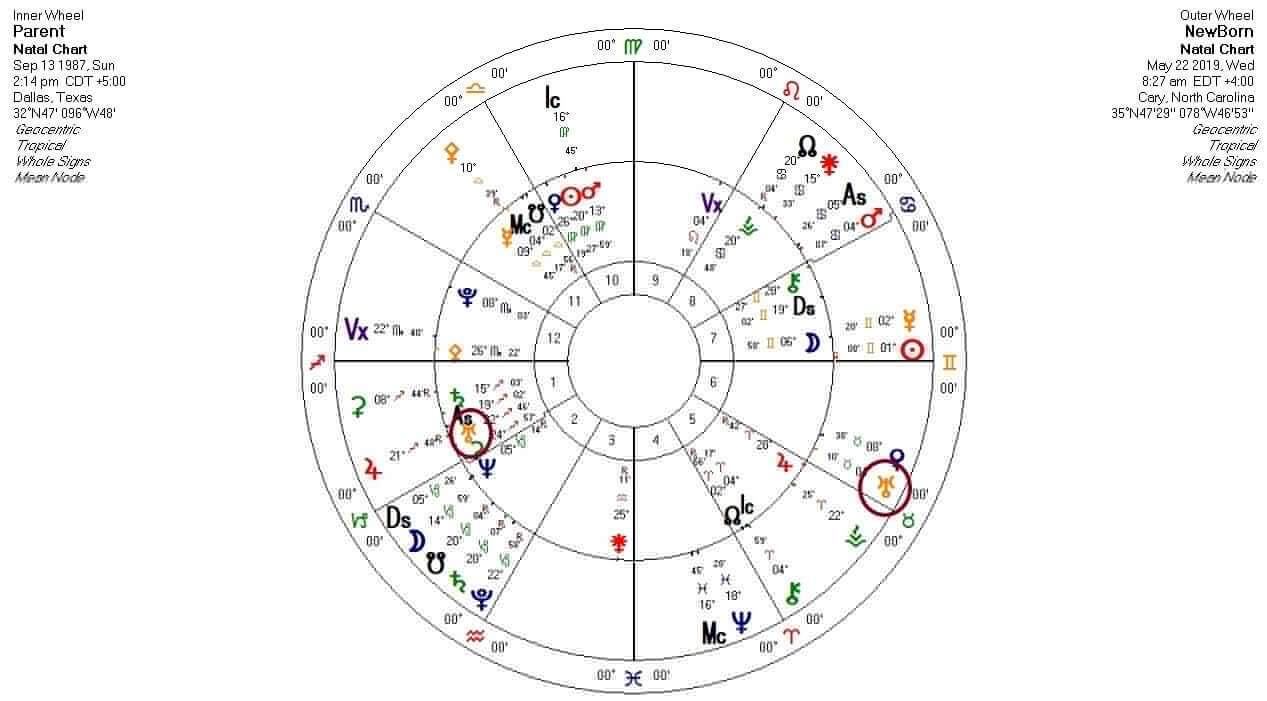 Now, let’s look at the reverse of the two charts; and consider the child’s chart influence on the parent’s chart.  As it turns out the child’s Uranus applies to the parent’s 6th House of Health and Day-to-Day work.  This house application is the same for the parent to the child. The child’s Uranus may actually prefer more traditional forms of schooling than what the parent wants for the child, so they could clash over the fundamental energy expressed by the point for each of them.

With Uranus so close to Venus, this child will likely attract and be attracted to the “outcasts”.  The child’s Uranus in Taurus has a keynote: “revolution emerges from within normalcy”. And the symbol is: “a car dealership starts selling driverless cars that you can buy with bitcoin”. This child may prove to be a force for revolutionizing some norms in society, especially within the community, since Uranus is in the 11th House of the natal chart.

This parent-child relationship through Uranus is potentially challenging because these are two very different placements and they are inconjunct by aspect.  Inconjunct aspects produce a form of cognitive dissonance, which is, “the state of having inconsistent thoughts, beliefs, or attitudes, especially as relating to behavioral decisions and attitude change”. Rather than occur within the individual, the dissonance will occur between the parent and child.  It is one area of the relationship where there will be constant work throughout the lifetime.

In the next article, we will look at the parent/child Neptune to Neptune relationship and see how they are likely to be spiritually as members of different generations.

Getting to Know Ceres in Astrology