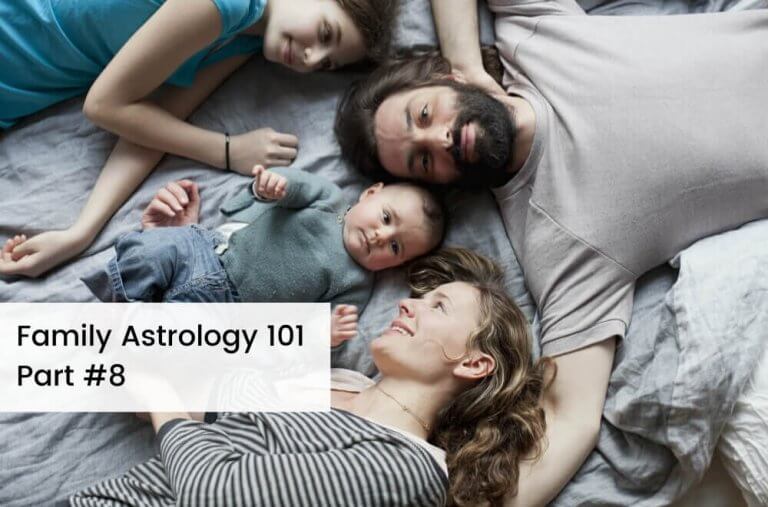 Getting to Know the Charts of the Child and Parent – Jupiter

This article will look more in-depth at the parent/child charts presented in the previous articles and shown here below. We will now look at how Jupiter energies in the two charts are most likely to interact, and what the parent and child will need to do to make interaction successful and positive. 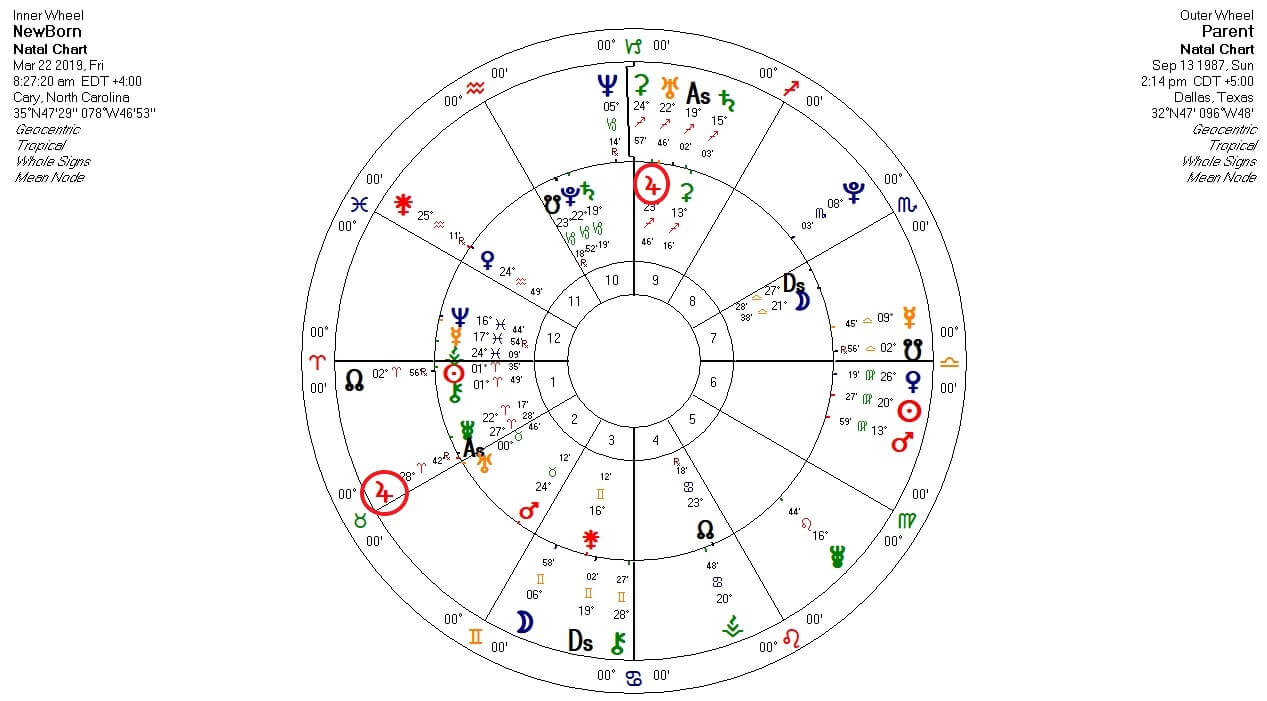 Jupiter is in fire signs for both of them, which tends to amplify the fiery energy of Jupiter.  In fact, the child has Jupiter in its rulership, so it is particularly strong, and it occupies its House of Rulership; this child has an extremely powerful placement for this point. It is a very good thing that the parent also has Jupiter in the sign Aries, which will allow the parent to “keep up”.  This child will have a lot of energy, especially for a skill or interest that catches and holds his or her attention.

The parent’s Jupiter in Aries will tend to favor “giving it a go” and letting the child learn by trial and error, which may mean some visits to the doctor’s office if the child tries to “climb too high” (literally speaking!).  With this Jupiter applying to the 1st House of the child, the parent will be a clear role model regarding interactions out in the world.

Also, Jupiter rules knowledge learned from experience that often transforms into authority or expertise.  In Aries, the work is done independently and is not likely to follow or lead the crowd but to go off on its own and come to its own conclusions.  This might be a bit too permissive an attitude for other signs, but a Sagittarius Jupiter will be ready to adventure with the parent and may want to go even farther than the parent.

In the very specific case of these two charts, the parent’s Jupiter can help the child figure out how s/he needs to try new skills, learn new information, and explore out in the world.  The parent should make sure the child has access to the best tools and teachers if the parent is unable to show the child how to develop his or her interests at the highest level.  Aries energy is happy to “give it a go” but is not the best energy for “going the distance.”  The Sagittarius Jupiter will want to go all the way long after the parent has “lost interest”. 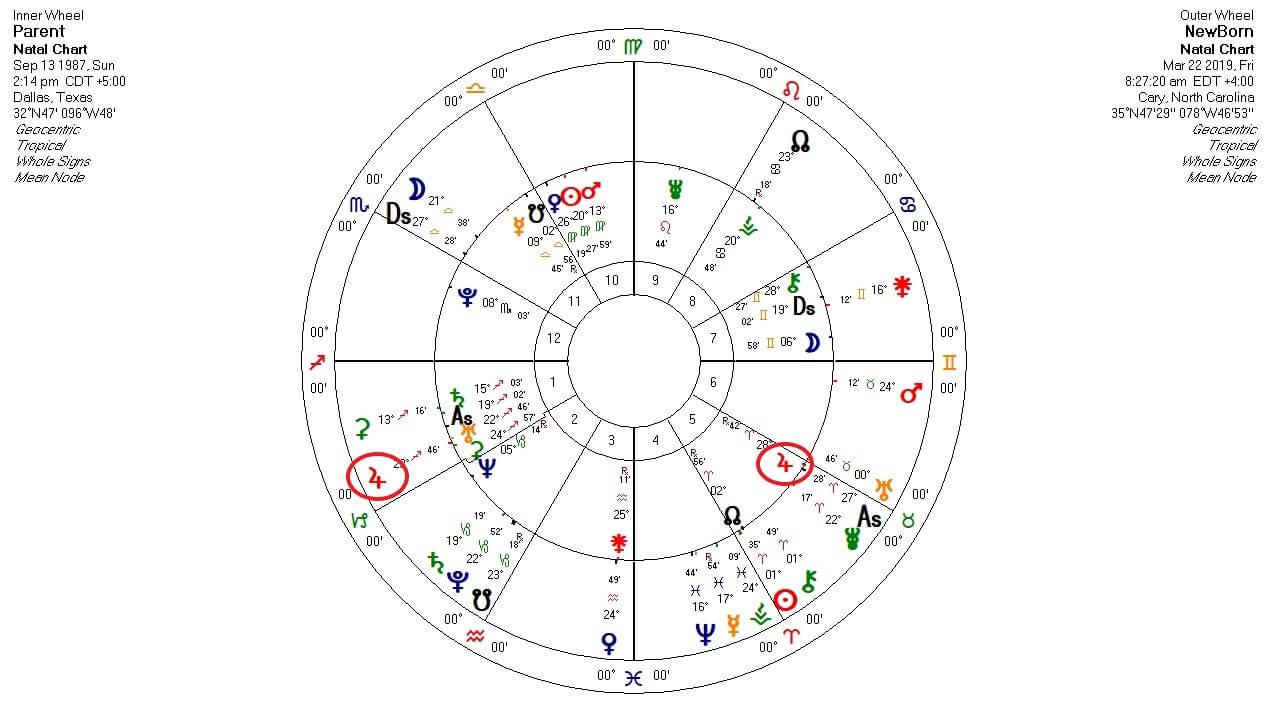 Because Uranus sits in the first house of the child, it is very likely that the child will be drawn to non-traditional interests and unusual places to explore.  And, the child will get considerable identity nourishment (Ceres/1st) through worldly exploration.  Honestly, this is a very good alignment if the child were to be part of or end up in a nomadic group or gypsy culture. Visiting new places and learning about new cultures will really help this child develop his/her identity.

This parent-child relationship through Jupiter can be very reflective in terms of raw energy.  Jupiter in a fire sign is like fire getting a constant combustible fuel source.  These combinations can also make for rather positive outlooks on life, with a “never say die” attitude.  They might even prove to be the life of the party and enjoy partying hard when the opportunity presents.

In the next article, we will look at the parent/child Saturn to Saturn relationship and see how they are likely to restrict and limit one another while learning lessons associated with rules and boundaries.