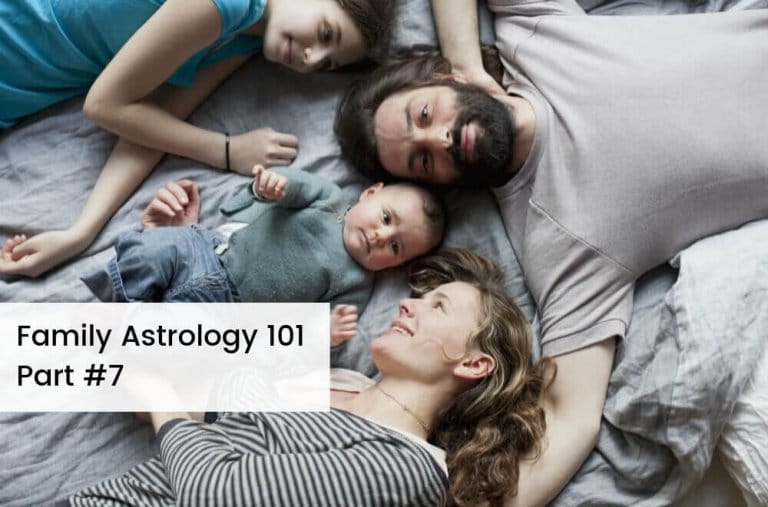 Getting to Know the Charts of the Child and Parent – Mars

This article will look more in-depth at the parent/child charts presented in the previous articles and shown here below. We will now look at how Mars energies in the two charts are most likely to interact, and what the parent and child will need to do to make interaction successful and positive. 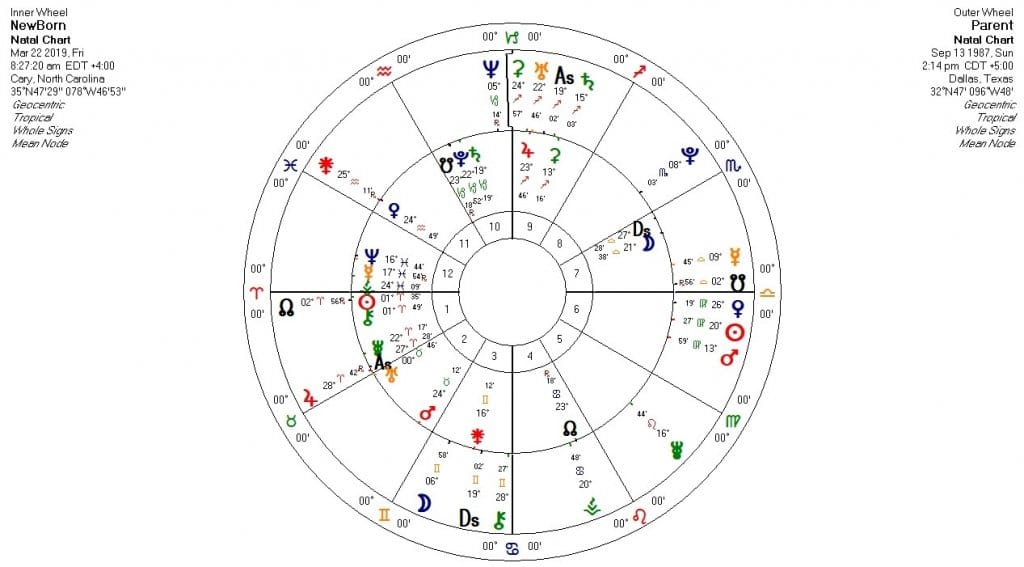 Both the parent and the child have Mars in earth signs, which tends to “dampen” or restrict the fiery energy of Mars.  Neither will be quick to anger, but both can “dig in their heels” when they do or do not want to do something.  The child will be very concerned that his/her actions (Mars) help him/her feel stable (Taurus) and secure the resources (2nd House) he or she needs to feel safe.

The parent’s Mars in Virgo will be concerned with problems and solutions that come up around needs and health.  With this Mars applying to the 6th House of the child, the parent can be a good resource for the child to learn skills and problem-solving.  Nutrition will be an important issue for this parent, and hopefully, food will be source of joining, though it could be a source of difficulty if the child has a narrow palate.

It is very likely that the parent will be concerned with how the child learns, manages his/her body, and solves problems in daily life.  This would be the parent that says, “eat your vegetables before you have dessert” or “how did the teacher explain the homework?”.  “Hard work is its own reward.” “Take care of your toys and possessions so they will last a long time.”

In the very specific case of these two charts, the parent’s Mars can help the child figure out how s/he needs to act and “do” when trying to learn a new skill or take care of his/her room and possessions.  The Taurean Mars is going to be naturally prudent and cautious.  Taurus energy may not act quickly or rashly, but once it does start moving, it will see something all the way through.

It is very likely that the child’s play interests will lead the parent to get fairly involved in the details of developing the child’s interests, either by learning the skills for themselves or by finding the best teachers/tutors for the child.  This parent has a life path devoted to career, so bringing the child, once old enough, to work, or teaching him/her the professional skills of the parent, may prove to be one of the best ways for the two of them to connect.

This parent-child relationship through Mars can be very reflective if they share the same values regarding the physical world (since Taurus and Virgo are involved).  Trouble may arise because Mars in Taurus can be very fixed about how it wants to do things and may not be readily open to guidance, or more specifically, where Virgo is concerned, criticism.

In the next article, we will look at the parent/child Jupiter to Jupiter relationship and see how they are likely to expand with one another while learning lessons associated with authority.

The Most Powerful Zodiac Signs According to Astrology

The Connection Between Aura and Spiritual Awakening