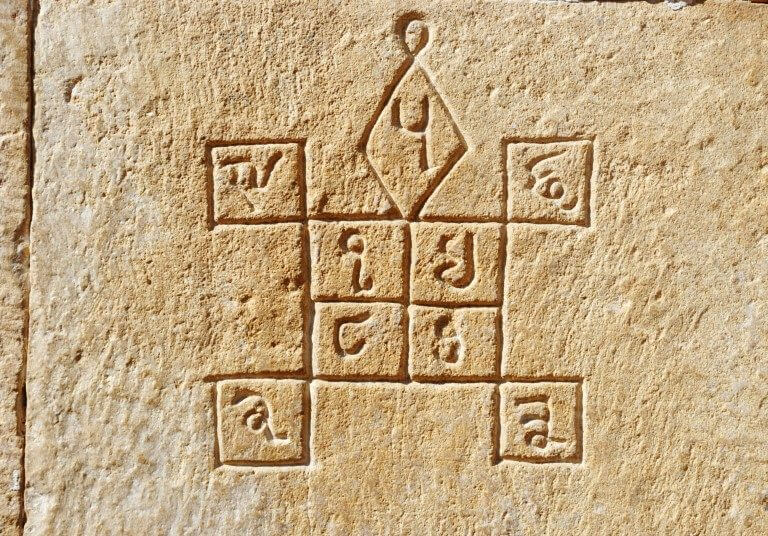 In a very small period of time Indian astrology, which is also known as Vedic Astrology has achieved a lot of popularity among the people of India and has become an important component of Hindu astrology. As it has proved to be successful in gaining the attention of many people within India and has also emerged as a common phenomenon which is widely used nowadays in Indian Astrology. As we already know that the concept of Vedic Astrology emerges from one of the oldest Indian spiritual scriptures which mean the science of light.

Vedic Astrology was first introduced back in 1500 to 2000 BCE as it was revealed to the great philosophers of that time. Amongst these Maharishi Parashara turned out to be the most influential. He also issued the text named Brihat Hora Sastra, this particular text is the most referenced text even today which exits in many translations to make it understandable to people belonging to different countries. There were a total of 18 sages but amongst all of these Parashara has the most following.

What is Vedic Astrology?

Astrology can be referred to as one of the branches of Vedas. It is one of the limbs of the Vedas. It is also denoted as the eyes of Vedas, as it provides us with the ability with the help of which we can see into our lives more clearly and make subsequent predictions regarding our lives. Vedic astrology has been practiced for many thousands of years.

The earliest writings can still be found in Vedas which is the ancient spiritual texts of the Hindus and the oldest books that exist which were written about 5000 to 8000 years ago.

Astrology that is the eye of the Vedas gives us the power to see into our lives with a clearer view. Vedic science is also the science of self-knowledge. Even though through self-realization, everything is known. This leads us to the realization of the Divine Spirit among all the things and our link and unity to spirit. The process of self-realization leads us to enlightenment. This precisely was the purpose that was to be achieved by the great Vedic astrologers.

Vedic astrology is the new name invented by the Vedic astrologer David Frawley, but it is mostly known as Hindu astrology or Indian astrology. In Vedic astrology, the planets are viewed as the karmas of the soul. The main core of this system of astrology is built upon the doctrine of reincarnation and karma. The question ‘What is Karma?’ is answered as ‘Karma’ is our lives ‘past due’ credit or debits, good or bad consequences of our past lives.

There are planetary measures that help to balance karmic tendencies, to avoid difficulty and ease suffering when the change seems impossible but is very important for us to continue growing. Some of these measures include us to wear gemstones, practice meditation, to chant mantras, ayurvedic medicine and do yoga.

For example, if one of the planets is afflicted, wearing a gemstone or uttering a mantra for that planet can change the karma in association with it. However, this should be carefully performed from the Vedic chart by an experienced Jyotishi as wearing a wrong gemstone or canting the wrong mantras can actually be harmful to the other person.

The Basic Principle of Vedic Astrology:

Basically, to sum it all up, in astrology, everything is connected. Your fortune or karma is already determined by a predestined cosmic design. Your soul is in an embodiment in a body at fixed times and place, just like when flowers bloom at a certain period your life also reflects of the greater whole into which you are born when all things are going according to nature. So is the case regarding us being born in this world, according to the theory of karma which is one of the Vedic astrology.

In Jyotish, the most important thing is a Vedic chart. It is a map of the planets in the signs of the zodiac. The Vedic astrology charts are cast based upon accurate moments and at an accurate place where you were born which is called as your ‘birth chart.’

After reading the charts of your birthplace and heavens the astrologers claim to know everything about you. However, the place of the planets in the real star-based zodiac are chosen, and your ‘dashas’ which is the predictive timeline are arranged. Your Vedic astrology chart is very likely to reflect your real life, and most probably your ‘dashas’ are working the way they should.

A Vedic astrologer by seeing your planets, signs and the house placements in your Vedic astrology chart and is able to ‘tell’ your personality followed by what is most likely to happen in your life next, regarding both good and bad times in your life. Then the dashas come into play which is used to determine ‘when’ the events will unfold in your life.

Dashas tend to give a greater predictive accurate possibility to Vedic Astrology than Western astrology. These ‘planetary ruling periods’ which are special to this system, give Vedic astrologers an upper hand in predicting the trends, changes, and events in your life quite accurately. This is why Vedic astrologers talk less about your life in general and dig more deeply into what is going to happen in your life.

In relation with Vedic Astrology, there are 27 constellations which then form the 12 zodiac signs. In these signs, 9 planets show the various situations one could face in human life. Moon signs of a human are decided by the placement of Moon present in a specific sign during the time of birth. The visualized representation of astrology is termed as ‘horoscope chart’.

Nakshatras are also known as ‘lunar mansions’. They are among one of the 27 divisions of the sky, they are recognized by the prominent stars in them, used in the Hindu astrology. In the historical Hindu Astrology, they counted up to either 27 or 28 nakshatras. Today on this date a fixed system of 27 nakshatras is generally used. However, the missing 28thnakshatra is Abhijeeta.

The greatest importance of Abhisekha Nakshatra which is the King amongst all the Nakshatras and by worshipping and propitiating this Nakshatra can cure all the other Nakshatras. Restorative measures are in general the high-water mark of all realistic predictive astrology work and go a far way in weakening Karma.

There are many branches in Vedic astrology in which astrology can be further divided into, which is based on the basic common principles of planets, signs, and houses respectively.

The main branches of astrology are that are widely used in India are Parashar, this is practiced by the majority of the Indians today and is considered to be the most popular among the Indians. Jaimini, Shri K N Rao popularized this branch of astrology and is mostly used in the region of Andhra Pardesh in India. Nadi is another major branch which is very famous among the Indian, as a few manuscripts of Nadi were also translated and released by the Government Oriental Manuscripts Library & Research Centre in Chennai.

Krishnamoorthy Paddhati is the fourth branch that deals with astrology. Lal Kitab astrology, which is known for its remedies; however, no one has gone beyond the remedies as yet, to find out the method it uses to calculate Dashas, etc. The last branch is known as Prashna, the literal meaning of Prashna is a question, this type of astrology is used to answer questions at any particular time with the help of its basic principles.

How is Vedic Astrology different from Western Astrology?

The most significant difference between Vedic Astrology and Western Astrology is that it makes use of the fixed zodiac signs instead of moving signs which are used in the western astrology.

The gradual tilt that the earth experiences on its axis because of the fact that the planet earth is constantly moving on its axis, if you calculate it from the earth relationship to the sun, it is moving at the speed of a bit less than 1/6oth of a degree each year.

Currently, the idea of considering movable zodiac is out of alignment from the real stars based or fixed zodiac by approximately 23 degrees, which nearly makes a difference of an entire zodiac sign.

Since both of these systems are skewed from each other by almost an entire zodiac sign hence the “Sun Signs” that you get from the newspaper daily, appears to be one sign back when the charts are viewed using Vedic Astrology.

So, when you make use of Vedic astrology, you tend to figure out that you do not belong to the sun sign anymore which you always thought you were.

However, if you are born on the cusps which are the last five days of the Western sign month, then most likely you will have the same zodiac sign in western astrology as well as in Vedic astrology.

The Vedic astrology dates are mentioned as follows:

With the help of these dates, you can easily determine your Indian zodiac sign. Apart from this, there are also numerous free Vedic astrology websites which can also help you determine your horoscope.

Astrology to this date remains a very significant part in the lives of many Hindus. According to the Hindu culture, their newborns are still named after their Jyotisha charts.

They use Vedic astrology daily in their lives as their astrological concepts are used to create their calendars and holidays as well as about making decisions regarding marriage, operating a new business or shifting to new places.

Astrology also holds a position which is equal to that of sciences in modern India. In fact, some universities in India also offer astrology as a degree later in which people can pursue their careers. Because the Indians have shown their growing interest in astrology and matters that are related to astrology, also seeing how significant it is in the lives of Indians this initiative was taken.

Astrology to this date remains an important part in the lives of Hindus. Many Hindus also tend to believe that heavenly bodies, which include planets have influence over the entire life of a human being and these planetary influences are the ‘fruit of karma’.