The Decans of Libra 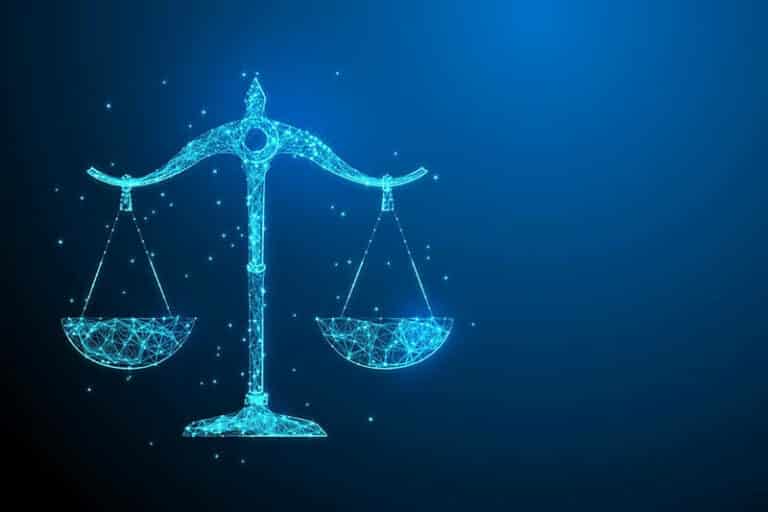 Your zodiac or sun sign is not the whole story of your horoscope. Your birthday decan provides further insights into your zodiac persona or archetype. This month tells the story of Libra, the Celestial Scales.

This year we enter the zodiac territory of Libra on 22 September and stay there until 23 October.

Libra is a cardinal Air sign. It marks the autumn equinox and the clear arrival of autumn in the northern hemisphere (the end of winter and into early spring in the southern hemisphere.)

Libra, named after the constellation is the seventh sign of the zodiac, and rules the seventh House of marriage, and of partnerships of all kinds, and the concepts of justice, law, contracts, conflict resolution and negotiations.

In medical astrology, Libra rules the kidneys, and a healthy snack for Libra is almonds.

Everything has its shadow side of course, and Venus can also mean overindulgence, undue materialism, or uncontrolled desires or obsession.

Libra is a cardinal air sign and it is known as The Judge. The major arcana card in the Tarot representing Libra is Justice, known to the ancient Babylonians as MUL Zibanu – the “scales” or “balance.”

The Scales represent Libra’s ancient connection to the natural tipping point of the autumn equinox, and by association, the concepts of balance and justice, natural and legal.

All zodiac signs are archetypes, meaning something that is considered to be a perfect or typical example of a particular kind of person or thing,

The zodiac signs paint a ‘typical’ portrait of a person born at a particular time of year, in a particular season. A baby born in summer arrives into a different physical environment from a winter baby; differences of parental diet, especially in the days long before supermarkets where food was a matter of seasonal availability, plus other environmental factors; temperatures, hours of daylight exposure and so on, with potential physical effects on that baby’s makeup and development.

The archetypal human face in the Tarot representing Libra is the King of Swords, though of course in real life, this may represent male or female.

This court card represents a man of good appearance, keen intellect and observation, good analytical and technical skills. S/he may be a military person, doctor, surgeon, judge, accountant, possibly a leader or other authority figure. He smiles. It is a good smile but the eyes are cool, watchful. He is very capable, logical and numerate, great at dealing with complex abstracts. In his negative aspects, he may be aggressive, short on empathy, petty, overly judgmental or overbearing,

These archetypes are based on thousands of years of observation, but of course there is no such thing in reality as THE Libra personality.

You are a unique individual. Your zodiac sign (also known as your sun sign) is a major keynote, but nothing like the full picture in real life – or even in astrology.

Your decan, which depends on where your birthday falls within your zodiac sign, digs just a little deeper. If you don’t feel like a ‘typical’ Libra, perhaps you are a second or third decan Libra, rather than a ‘most typical’ first decan Libra.

So, what are the decans?

The decans have been described as ‘the thirty-six faces of astrology.’

The Zodiac, a portion of sky as seen from earth, represents an imaginary belt or wheel; a circle of 360 degrees. This circle was divided by arithmetic into twelve ‘slices,’ of approximately thirty degrees each. Each slice represents a zodiac sign named after a chosen constellation appearing inside this belt of sky, giving us the zodiac signs we are familiar with today.

Astrologers then sub-divided each of these 12 signs into three parts of ten degrees each, and every degree – and every birth date -supplies extra clues in respect of character and potential destiny.

“If you’ve ever wondered why people born in the same sign seem different, decans can help answer this puzzle,” – astrologer Rachel Lang.

Libra-Libra gets a double dose of Venus glamour, as both its planetary ruler and sub-ruler; here is the most ‘typical’ Libra subject; sensitive, perceptive, attractive and well-balanced, keenly intuitive and extra sensitive to beauty, the arts and fashion.

They are clever as anything; politicians, teachers, artists, social celebrities. Whatever their field, they are strategic thinkers, great at seeing patterns, dealing with data. They are also, natural born diplomats, cool, canny operators, experts at avoiding unpleasant conversations. They are sensitive to loud noises and dislike crowds.

They hate conflicts, arguments and will avoid direct confrontation, though this is not always helpful. They may also avoid uncomfortable decision-making – or indeed any decision-making. They will put off a boring job in hopes someone else will sort it, even though they are perfectly capable of doing it themselves.

When they do make their decision, it can be so sudden it’s shocking, not always in a good way. They are capable of ruthlessness, should they see the need. Libra is not known for nothing as ‘the iron fist in the velvet glove.’

They can turn away, cut you out cold, and you may never find out why. There will be a reason, but they don’t do those kinds of conversation, for all their essential kindness and usual generosity of spirit.

First decan Libra for all their gifts can be self-critical and prone to anxiety or sudden mood swings. They really don’t like to feel boxed in.

Tarot card: Three of Swords. Sorrow, stress, separation, love triangles, karma, making peace with the past. All signs must learn to deal with loss. Important to note, none of these messages are intended for Libra alone, and may simply represent Libra timing in a reading.

Libra-Aquarius, ruled by stern Saturn and rebellious Uranus is not only brilliantly clever, but dutiful, patient, wise, and inventive, even downright psychic, more curious about subjects like astrology than other Librans. Here is a thinker with a strongly independent streak – even a little quirky. This Libran is urbane, naturally sophisticated, and much sought after for their wit, knowledge, sparkling company and good advice.

They are known for combining artistic gifts with a logical, rational scientific way of thinking.  The writer’s father was a second decan Libran; an academic author and scholar of French philosophy, and an exhibiting artist, a painter, with powerful ESP.

All Librans have good earning potential above average, but this decan, ruled by disciplined Saturn, though not remotely mean, is careful, more prone to saving up for a rainy day, or with an eye to leaving money for their dependents.

Never underestimate them. If a second Libra thinks something is wrong or unethical, if they disapprove of something they may react with a shocking finality, bringing down the sword of judgement. It’s the same with all Librans but the second decan Libra, while oh so polite….will coolly tell you to your face what they do not approve of.

Libra-Aquarius, inspiring devotion and respect, remains somewhat enigmatic, remote and distant, like a priest, or a shining lone star.

Knowledge is power to this restless Libran. They need to feel up to date, well informed. They may not necessarily share what they know, unless they feel challenged or contradicted. They can be competitive and also secretive, not because they are deceitful, but to avoid the risk of hassle. They cannot bear dealing with bad news, or to be the bearer of bad tidings. Sadly, life will ask this of us all at some time or other, but Libra decan 3 is not the one to volunteer to handle this.

They are capable of assertiveness, certainly, and even aggression, but still, are more timid, more of an introvert that many would take them for on first acquaintance.

They may find themselves cast an outsider at some period of their lives, and this can have a profound effect on them for good or bad. It may prove a formative experience or it may dent their confidence and give them a hang-up.

They take themselves very seriously, and are serious about money, and about their obligations, and make excellently good family providers. They do need to feel that whatever they do for their loved ones was entirely their own idea, and do not respond well if they get the idea they are being pressured, but a bit of praise goes a long way with Decan 3 Libra.

They love deeply, and are tender to the helpless, but they don’t tend to give out a lot of praise themselves. They are born judges, but it can seem as if other people’s problems aren’t entirely real to them, and if they’re in the wrong, they may never admit it for fear of being judged themselves.

This decan in particular craves variety and travel and is known for a love of the sea. They have a tendency to become restless, withdrawn and irritable when bored, or when they can’t travel as much as they would like. Pandemic travel restrictions must have been quite a frustration for this Libran.

How Your Heart Will Be Broken Based on Your Zodiac Sign