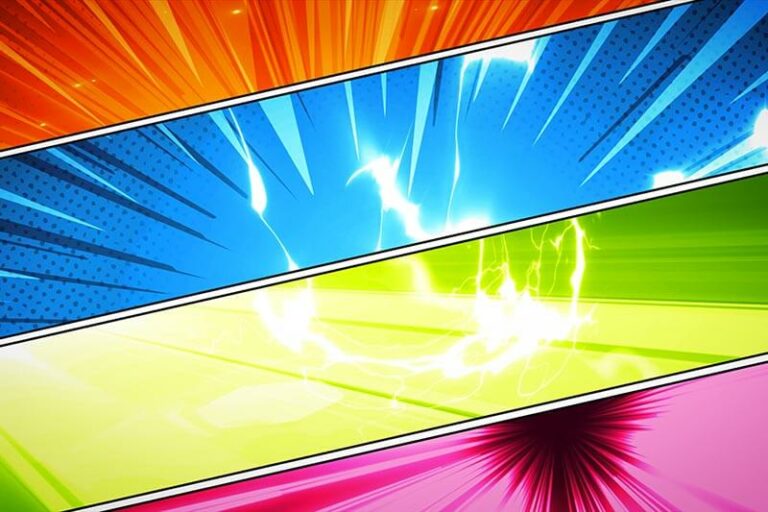 Spirituality shows up in the most unlikely of places sometimes. This article will explore a popular culture appearance for the seven colors of the chakra system in a popular comic book narrative put out by one of the “Big Two” publishers: DC Comics. The character Green Lantern is one of the original members of the Justice League.

He is a non-super powered human who wears the “greatest weapon” in the universe, the Green Lantern’s ring, which gives him the ability to make green energy forms from his thoughts. For most of the comic book history, the only Lanterns written about were the Green Lanterns. Recently, DC Comics introduced Lanterns for every color on the spectrum, as well as White and Black Lanterns.

The very first Green Lantern was Alan Scott, who was part of the Justice Society. He made his appearance in All-American Comics number 16 in 1940. His powers were based in magic, not science. After comics fell out of favor in the late 1940s and early 1950s, there was a revival of the superhero genre at the very end of the 1950s. Green Lantern returned, but was revamped into a character based on science, who received a Green Lantern ring from a dying alien in Showcase Comics #22, published by DC Comics in 1959.

The character, Hal Jordan, received the ring and found out he could use the ring to form shapes, fly, and travel to other worlds using the power of his mind. The ring needed recharging every 24 hours and this was done using a battery lantern. When recharging the ring, the said the Lantern’s Oath:

“In brightest day, in blackest night,

No evil shall escape my sight.

Green is the color for the heart chakra. According to Color Psychology the heart chakra “is responsible for all types of relationships, including love and marriage. When there is distrust, envy, and unfaithfulness, the heart chakra weakens. It is the main reason why there are breakages of long-term relationships between loved ones.” Not surprisingly, the popular culture reference does not align with the actual chakra even though the new representations of the Lanterns clearly borrow from chakra concepts.

The Red Lanterns first appear in Green Lantern series volume 4, #25, in 2007. Their power is based on rage, originating with the intense anger of Atrocitus, a being whose home planet was destroyed by the Manhunters, the original robotic creations of the Guardians of the Universe, before they formed the Green Lantern Corps. When recharging their rings, their oath is:

“With blood and rage of crimson red,

Ripped from a corpse so freshly dead,

Together with our hellish hate,

We’ll burn you all–That is your fate!”

Red is the color of the root chakra. The root chakra deals with survival energy, so this energy connection works better with the rage motivation of the Red Lanterns. Atrocitus is one of five survivors from his home planet. As part of his origin story, he kills the other four survivors and then recruits others to his corps, beings who have survived some terrible calamity or catastrophe.

There is only one Orange Lantern, the character Larfleeze, otherwise known as Agent Orange. He made his first appearance in Green Lantern volume 4, #25, in 2007 as well. He possesses an Orange Power Battery and, through his greed, is the only one using a ring of this color. While there are many rings, Agent Orange hordes them, keeping all the power focused in the ring he wields. To recharge his ring, his oath is:

Orange is the color for the sacral chakra, which is the energy for sexuality, creativity, and desire. In the case of this evil twist, the energy of greed and the desire to possess are the primary motivations for Larfleeze. He is so possessive of his power that he is unwilling to share any of it with anyone else, which would the highest negative expression of this chakra energy.

“In blackest day, in brightest night,

Beware your fears made into light

Let those who try to stop what’s right,

Yellow is the solar plexus chakra, which is the energy center for self-confidence and self-esteem. Once again, this is a color associated with negative energy rather than positive. Fear is what we feel when we lack confidence and have low self-esteem. So, even though the energy is negative, it does align with the nature of the solar plexus chakra.

The Blue Lanterns also made their first appearance in Green Lantern volume 4, #25, in 2007. Their ring energy is powered by the emotion of hope. Two Guardians, Ganthet and Sayd, started the Blue Lantern Corp, and its first member was Saint Bro’Dee Walker, who received a blue ring by helping his people find hope in the face of the death of their planet’s sun. Their oath is:

“In fearful day, in raging night,

When all seems lost in the War of Light,

Look to the stars– For hope burns bright!”

Blue is the throat chakra, which is the energy for communication and listening. The fist lantern to receive a blue ring does so based on communicating a message of hope to his people. Members of the group obtain their rings based on their ability to sustain hope in dire situations.

The Indigo lanterns also make their first appearance in Green Lantern volume 4, #25, in 2007. This lantern corps has two unique abilities. They can teleport, while all other lanterns travel through space. And, when they are close to another lantern from a different corps, they can replicate the energy and power of the other lantern’s energy signature. Their energy is considered the most elusive to master and their oath is also unique because it is only in their native tongue:

Indigo is the color for the third-eye chakra, which manages the energy of thought. It is the energy at the top of the human body and the first connection with the divine energy of the crown chakra, which sits above the third eye and outside the human body. The leader of this lantern tribe is Indigo-1, Munk. This group of lanterns is the most reclusive and written to be unlike any of the others regarding their motivations and actions. They want to spread goodwill throughout the universe.

“For hearts long lost and full of fright,

For those alone in blackest night,

Accept our ring and join our fight,

Love conquers all– With violet light!”

Violet is the color for the crown chakra, where the energy for spiritual connection the universe gathers for download by way of the third-eye chakra. Technically, the energy for this corps should be green, but green was essentially “already taken” and being used for willpower long before chakras would even have a hope of entering popular culture.

As is often the case, the idea and the essence of spiritual concepts do not always make it into popular culture in a proper way that preserves the true meaning of the spiritual energy. Still, it is a significant leap forward to see the chakras, for all intents and purposes, show up in one of the oldest popular culture mediums in America, the comic book.