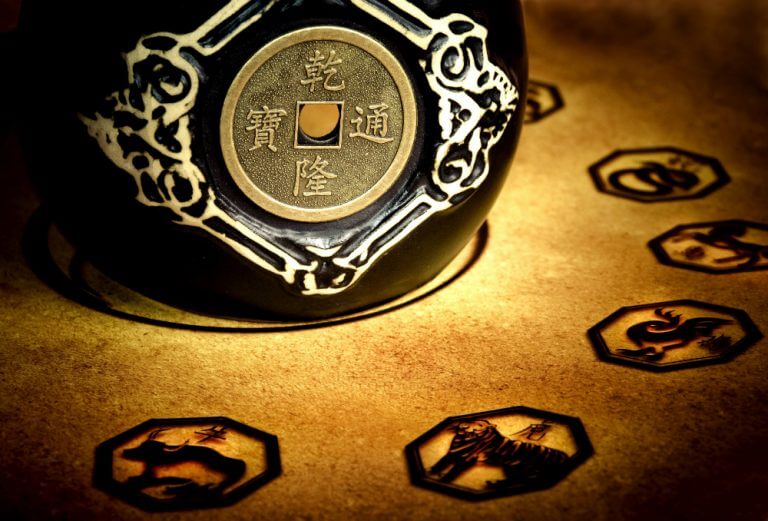 Just like the regular astrology that you follow, where it takes a month for the zodiac sign to change for the sun, there are a lot of other types of astrology systems that people in different regions of the world have been using.

Being one system more popular than the other does not undermine the less popular one at all, in case you were wondering. One such system is that of Chinese Astrology, built centuries ago by learned men in China. It is an essential part of Chinese culture and has been believed in by its people for quite long.

Let us now move on to the technicalities at hand with Chinese Astrology. Out of all the types of astrology, Chinese Astrology is perhaps the most widely regarded secondary choice of people. Where a regular astrology system has the sun change its zodiac sign every month, where the signs are established, the Chinese astrology system instead has 12 animal signs that change place every year in a loop.

These Chinese zodiac signs take after animals common in the Chinese culture. Indirect order, these animals are Rat, Ox, Tiger, Rabbit, Dragon, Snake, Horse, Goat, Monkey, Rooster, Dog and Pig. Remember when we asked you right in the start if you knew what the Year of the Dog was? Now you probably understand.

Branches in astrology each have their methods of assigning astrology signs to the people being born. Similarly, the year you are born in gives you its animal as your Chinese zodiac sign.

Care should be taken, however, by the people born in January and February. This is because the Chinese lunar year tends to change between January 21st and February 20th. While we are at it, it is probably the best for you to know that where the regular astrology information stems from the sun, the Chinese Astrology takes the moon to be its source of information.

Before you go on and take Chinese astrology to be the final solution to all answers regarding astrology, be warned! Even in the Chinese culture, there exist many different types of astrology. And all the population there, more than 1 billion if you require statistics, believes in some different methods to predict the future and personalities of people.

Apart from just the animal Chinese astrology signs, the people of China also take into account palmistry, face characteristics (weird, right?), as well as more detailed analyses involving the date of birth down the exact minute when predicting the future of a person. Therefore, prediction of fortune by the year only cannot be justified as the absolute method when people in the culture itself rely on many different methods. Everyone who follows astrology or wants to do so is therefore advised to take care in perceiving Chinese astrology as a general reference at best.

Just like you would expect compatibility to work in any astrology system, the Chinese astrology system does the same. The basic principle that governs the laws of compatibility are always the same be it in any types of astrology. One needs to find a partner that understands him better than anyone else in the world. Other demands that you often see coming from people looking for a life partner are that they should be very caring, kind, and considerate towards the other.

The reason why many people refer to astrology in finding the right partner is that they believe in the planets and the stars bestowing particular personality traits on the people. This might enable them to find a partner just like themselves if their zodiac signs end up matching. Chinese astrology works in the same way. It would be common knowledge that if two people are born in the same year, they are bound to share a common understanding because they grew up in literally the same circumstances and the same world conditions. Both of them saw the same revolutions and the same inventions materialize before their eyes. This, even if the people were born in two different parts of the world, gives them a connection to start on. The Chinese astrology signs take advantage of this fact the most.

Similarly, in strict astrology terms, one person may find it very compatible with another if their animal signs are the same. Just like a rat would be the most comfortable with another rat and not a tiger, the Chinese astrology signs are comfortable in pairing up people of the same year, even if it has to be at the cost of 12 years apart.

What of your year?

Chinese astrologers have a belief that if it is your year, you have to be careful. It might seem a little weird to most of us, especially those not coming from a Chinese or Asian background, because we perceive everything that is our own to work in our favor, or on our side. To think that your year is going on yet you are the one being at a disadvantage is something quite uncomfortable for many.

However, as Chinese astrology goes, the animal that you spiritually relate to will always offend the god of age in its year, bringing bad luck upon it and all the people born within.

But worry not, there is always a solution to every problem in astrology. To come above the bad luck in the year of your Chinese animal, astrologers advise wearing anything red that may be given to you by your elders. Elders play a vital role in astrology as well as the Chinese culture where they are looked upon to be people who have more of life’s experiences. These experiences alone give them a high spiritual status. If you must know, your animal year repeats after every twelve years, meaning it will come around when you are 12, 24, 48, 60, and then 72 years and on. Daily Chinese astrology then further stems from these principles.

The Science behind the Animals

The Chinese Astrology signs were not always the same, or in the same order, for that matter. It took many centuries before our times to finally settle on these animals in this specific order to determine the Chinese astrology calendar. These animals were in the end chosen because of their importance in the Chinese culture as well as the Chinese household.

After all, no culture can hope to increase its influence if it does not have the approval of its people first. One of the reasons that the Chinese culture has spread so much globally is because of the readiness of the Chinese people themselves to adopt it. Goat, ox, pig, horse, rooster, and dog are the animals that are most commonly found in Chinese households and play a significant role in not just a family, but the culture’s building. Similarly, the monkey, tiger, rat, dragon, rabbit, and the snake are all animals that are greatly loved by the Chinese people and continuously appear in their legend, folklore, and stories.

Instead, it has a fire, water, and earth subsequently divided into three elements duly called earth, metal, and wood. To us at least, that is a better representation of earth taking into accounts how this place is brimming with different elements. This concept also goes on to give birth to the gift elements in the years that are now common in international culture. Terms like Golden Jubilee, Silver Jubilee, and Platinum Jubilee all exist thanks to an initial push by these elements.

If you are a rat, you are very good with wit and resources. You probably always have an answer and a solution to everything. Your lucky numbers are 2 and 3, or any combination of those, and the colors best suited to you are blue, green, or gold.

Next comes the Ox, some people may even relate it to the bull of Taurus, but believe us, there is not much in that direction. The lucky numbers for you are 1 and 4, or any combination of those. And you would look great in whites, yellows, or greens.

Just like a tiger, the people of this year are brave and confident, and would not hesitate to fight to protect themselves or their families. Blue, gray, and of course, orange are the colors that best suit you. Lucky numbers for you are 1, 3, and 4.

Rabbits bring about a certain charm. Everyone who sees them gets impressed by their elegant nature and quiet demeanor. 3, 4, 6, or any combination of these numbers is believed to be very lucky for people born in the year of the rabbit.

What comes to your mind when you first think of China? Most probably a red dragon! And the people born in the year of the dragon find luck in the numbers of 1, 6, and 7. Their lucky colors are premium and a top-notch too; greyish white, gold, and silver!

Do people consider you to be intelligent and wise? If yes, you were probably born in the year of the snake. Your lucky numbers are 2, 8, and 9. Surprisingly, cactus is your lucky flower.

The Horse is a domestic animal in Chinese culture and believed to hold great energy and stamina. So if you were born in that year, you know what you got!

The goat is another one of the domestic animals known the world over. Some cultures refer it to be wise because of its beard. However, Chinese astrology believes it to be a calm and gentle animal, just like the people born in its year.

Monkeys find their lucky numbers in 4 and 9 or any combination of those. Their lucky colors are white, blue, and gold.

A person born in the year of the rooster should always try to avoid the color red, as many astrologers believe it to be unlucky for them. In addition to that, roosters are incredibly hardworking people.

The Dog is one of the most popular Chinese Zodiac signs in traditional culture. People have relied on dogs for generations due to their keen sense of smell and good hearing, with which they guarded people’s houses to prevent trouble and exorcise evil spirits.

Last comes the pig. People born in its year are believed to be good-natured, yet impatient.