There is so much that can be done with the tarot aside from using it to predict a likely outcome based on your plan of action or using it for the sake of gaining personal insight. Tarot is also something that can be used for symbolizing aspects of life or aspects of a role you have. For instance, when you are going to a party with friends to celebrate a milestone birthday or just anything in general, you can say you are having a ‘3 of cups’ type of evening.

The Empress card in the Major Arcana really is the ultimate motherhood card, and it represents everything to do with being a mom. That goes from fertility to nurturing, and the creative feminine side as well. Anytime this card comes up in a reading, it does not always mean that there is a mother in the picture literally.

However, it will represent how something or someone will be nurtured the way a mom nurtures and cares for her children.

The Magician card in the Major Arcana is all about creation and invention, and moms are constantly having to improvise and utilize mom hacks to make their lives easier. Here is one small example of how the Magician plays out in a mom’s role.

A perfectly good diaper that was about to be used ended up having the tab pulled off. Therefore, one would think that a perfectly good diaper would be unusable if there was just one fastening tab missing. But the mom was not going to waste a good diaper for that reason. She would go and find a piece of duct tape or a bandage to use instead to take its place. That is the Magician right there!

The Moon card in the Major Arcana is one that rules illusion and confusion which unfortunately is accurate about motherhood. Moms are constantly questioning themselves if they are doing the right things when it comes to raising their kids in a certain way, and they are truthfully just winging it. Motherhood is guesswork as kids do not come with instructions. This is also the reason that there are many professionals that specialize in the psychological aspects of parenting such as psychologists and other therapists to help give the mom some pointers to help unravel some of the confusion.

One example is that a child has some troubling behaviors and the mom is wondering what she could be doing wrong that would keep encouraging these behaviors. A therapist would firstly tell her that she isn’t doing anything wrong but there are certain techniques she can use to help dimish the behaviors. Therefore, the Moon basically indicates how motherhood is anything but straightforward.

The Tower card of the Major Arcana is one that is associated with unpleasant surprises shaking things up and then you have to pick up the pieces it has left. That also represents an aspect of motherhood. It is never predictable. Especially for first-time moms! Additionally, when it comes to kids, surprises will always happen.

For instance, a working mom would be working very hard on a presentation at work. And then on the day of the presentation she had to be called away by getting a call from her child’s school because the kid was sick.

Another thing that the Tower can represent when it comes to motherhood is finding out the child has a developmental or speech issue which means plenty of therapy will be needed. And that means the mom’s time and money will be used a lot more than she had imagined. This is most definitely a challenge that she would never have expected during pregnancy and during the first year of motherhood.

The High Priestess card in the Major Arcana is associated with tapping into one’s intuition and that is something that a mom has to do all of the time. Even though motherhood is a confusing journey, if the mom would stop and listen to her intuition, she could find a path to getting the answers she needs.

This is why whenever mothers don’t agree with doctors or teachers, it is not necessarily that they are in denial if there is an actual challenge that the child is facing. It is that the mom intuitively knows that the advice she has been given is not right for her child and will keep advocating or doing research of her own on something that she intuitively knows. Eventually, she will be led to a path that will lead to the solution she is looking for which would have been a result of her following her intuition.

The Eight of Swords in the Minor Arcana is part of the most difficult suit and this card represents a mindset that keeps you trapped. And unfortunately, it is very common for moms to feel trapped. And they are, especially when it comes to moms of babies and toddlers and to moms that have kids with special needs.

They have limited freedom and they are constantly having to take their kids to doctor’s appointments or other appointments. Very few moms have access to a lot of babysitting, so they are bound at home. It is no wonder that moms often feel trapped.

The Six of Cups in the Minor Arcana is the card that represents innocence and nostalgia. And oftentimes as moms are parenting their kids, memories of their own childhood come up. This is hard for moms that have had difficult childhoods. However, even so, they can find things they did as a child that they enjoyed which means they will want to introduce the activity they enjoyed as kids to their own kids.

For instance, if the mom has fond memories of painting and drawing that she did a lot of when she was a child, she will get a sense of nostalgia when her kids are drawing and painting. She will most definitely want to join in.

The Nine of Wands in the Minor Arcana is a card that represents the importance of resilience and perseverance during very stressful and burdensome times. And when moms are having to juggle motherhood, homemaking, running errands, paying bills, and working if the moms are working – that is a lot on their plates.

This card really does sum up motherhood and with that said, moms should always find a way to delegate what they can to others so they can free up their plates even just a little.

The Fool is the first card marked as zero in the Major Arcana and this is the card of innocence and being on an unknown path that the seeker has to find. This card really does represent motherhood because moms are literally winging it since kids do not come with instructions.

Even with the help and advice out there from professionals, moms are literally just winging it and playing the parenting guessing game daily.

The Temperance of the Major Arcana represents balance, moderation, and patience. And this is something that every mom needs to practice in their lives. Moms must always meet their own needs or else they will not be able to meet the needs of their kids. It is not possible to pour from an empty cup. However, her wants are what needs to be placed on the backburner so that her kids’ needs are met first.

It is important for moms to strike a balance between parenting, homemaking, work, and self-care.

If you think there are other cards to add that can represent motherhood, please share what they are and why! 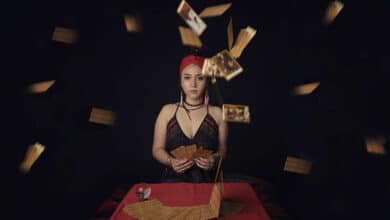 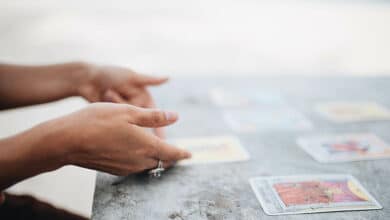 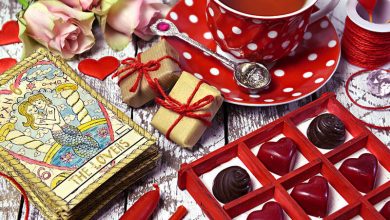 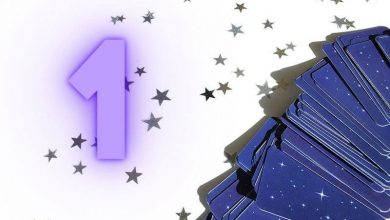 The Numerology of the Number 1 in Tarot