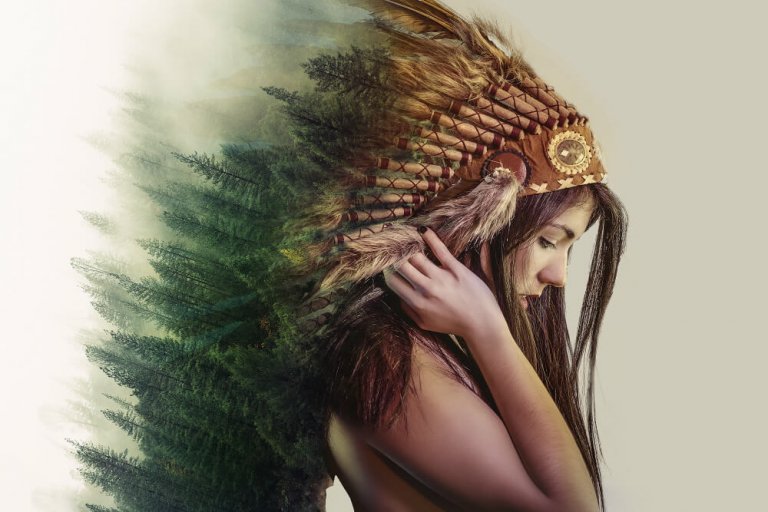 The lessons taught by life are the ones that we never forget. These are the lessons, which stay true to us through thick or thin. Lessons, which separate us from one another. The Native American zodiac is something that has inhabited the world for some time now. Things have changed and people classified into different categories. Funny in the sense that this was exactly what the Native American zodiac has done since day one.

What this tells us that a system established by a mere century or perhaps more gave a much suitable arrangement based on the spirit animals that tend to be present inside one’s nature.

This article gives a brief insight into the realm of animal totems and spirit animals.

Ever met someone who becomes an instant friend. But not just any friend a well thought and conversed friend. One who knows what you hate and love. Such is the case with Native American zodiac the Otter. The type of independent person who would love to function alone but the creativity dripping from their soul. Filled with the stigma of intelligence, able to contemplate what others cannot. The otter is much more imaginative than most of the animal totems.

With water-related to its personality. The wolf is one of the most intellectual spirit animals in the native American zodiac system. Filled with love and joy the wolf would do anything and everything for its family and friends. But it has the bearings of anger inside it, which when provoked can have very drastic results for the people. The reason is that they love unconditionally and once that love is breached things can quickly spiral out of control.

The native American zodiac system is unique in its ways. With the element of fire, the falcon has the tendency to fly high and low. It is a natural-born leader who can make headway in a project. The character trait of the falcon makes them do only those things which are necessary for the job and not fool around.

Time wastage is something that they explicitly hate in their life. When talked to they might come off as bragger, or one who is very rude. But that is how it is ‘straight forward.’ It would say whatever it thinks is meant to improve themselves or even their loved ones, which might hurt some of the people.

Funny how the existence of only 12 native American zodiac signs holds the key to categorizing the whole population of over a billion. Similarly categorizing in the exact same spot as they should seem to pinpoint.

The beaver is one of those spirit animals, which is an esteemed person who likes to take charge of things and try to bend the things to their ways. But at the same time, they are very flexible while dealing with their subordinates. They love possessive to the point that it may feel strange. The beaver works very hard to make their love feel happy and comfortable. Filled with love, but a few problems may eventually surface which the person being loved must resolve it as there is literally nothing more to it.

The element of air is associated with the deer. Filled with energy, a witty mind and a great sense of humor. The deer turns out to be those people who can even make anyone and everyone laugh. They are the life of the party. This is what sets them apart from the rest of the Native American zodiac signs. They love to complete their job with the same love they tend to talk to the people.

Being super easy to talk to the deer can be anything for anyone who talks to them. Secondly, they are peace lovers who lack even the tiniest bit of meanness. This matches the personality of a deer perfectly. They tend to love unconditionally, and that is the strongest point of a deer as they can love and make people laugh at the same time. This turns out to be a lethal combination.

The native American zodiac has characterized the things based on their traits. Found under close observation of the particular subject. As strange it may seem, but we are no different than the animals that inhabit this Earth.

The woodpecker is the only spirit animal that is built on the stand of nurture. It may seem a very small thing as these things do not usually matter to anyone. But the funny thing is no matter how tough you may become you would need to be nurtured in one way or another. But not everyone has the capacity to give fostering. It is only a handpicked few people who have the honor of giving this out to society.

The woodpecker is a spirit animal who can be trusted blindly, and their values are more valuable to them than anything else. Thus, they become suitable partners not only in a relationship but also in business. The biggest challenge the woodpecker has is balancing the heart and mind. Being sensitive and overwhelmed by emotions is one of those barriers.

The energy of the salmon is off the charts. They are driven by their zeal and zest. What makes them so energetic is the dam of energy that is stored in their bodies. The one thing that makes this native American zodiac so attractive is that it would do absolutely anything, but with a cause.

If it does not have a cause, then it does not interest the salmon. Their energy drives many people towards them, which makes them great businessmen/businesswomen. All of these people have the tendency to love and try to improve for the better.

This animal totem is a sort that is very shy in its character. Yet they are the arms and heads of many people. They are the sort of people whom we call at times of distress. They are the ones who would provide support to you in any circumstances possible.

They tend to observe the world with a different angle, and that is what makes them unique in their life, and they tend to move with soberness that the other native American zodiac lack. When it comes to love, they will give their life for the ones they love. Such is the fierceness of their love. Yet being very gentle and loving they can turn completely haywire if they offended and can be a totally different person.

The raven has a business feel to it. With a sharp mind and deep thinking of how things work. The raven is such an animal totem who knows which string to pull in a discussion and which parts to rub off. They are the sort who are on the constant move. They would fly for a lot of time and then settle down for the night. So, if you are flying with a raven do keep in mind that a constant movement from one place to another is its property. That is how a raven is designed.

The strangeness that the snake possesses comes from its link with the world of celestial bodies. They are considered to have a direct connection with that of spirituality. This gives them an aura of a healer. Their names may sound scary, but under pleasant conditions, they can be the ones making jokes and making you laugh. They fathom the art of revelation and have exceptional psychic powers which account for their skills. Their deep connection with spirituality allows them to form a bond with others based on utmost loyalty and total trust. for those whose spirit animal is a snake totem, every hurdle or phase is a transformation and a new exciting cycle awaits them.

The owl is such an animal totem that is filled with energy. This makes it very outright and funny. The owl loves to travel and explore. The connection with spirituality attracts them greatly. But the owl is such a spirit animal that it is reckless and can end up in hot water if it does not take care of the surroundings. Some personality traits associated with owl totem are that they have little patience for people who can’t keep up their true face, ingenuity annoys them. They are very observant and their enthusiasm if ruined can lead to the disposal of feelings they feel for others. Owls intellect is certainly a highlight of their characteristics, they can channel all the negative energies in their lives into something positive.

The goose is driven by ambition and the thirst to achieve its goals. Such is the enigma of success. The goose is not a fighter but a mere lover who knows its importance and values it greatly. Yet it knows the importance of sitting back and contemplating what is going on is one of the traits of the goose. People with spirit animal goose totem are creative in nature and their inclination lies towards art, cultural antiquities, etc. they have strong work ethics and tend to give the kiss of life to beauty in mundane objects. In Hinduism a goose is revered as a goddess, this shows the eloquence of Goose’s spiritual nature.

It may seem very strange that how the ambition, energy, love, and character of each and every spirit animal can vary so much. And more amazing is the fact that we are the ones who look the same on the physical level, yet we differ so much on the inner level. Such is the beauty of native American zodiac.

The Midheaven in Your Natal Chart