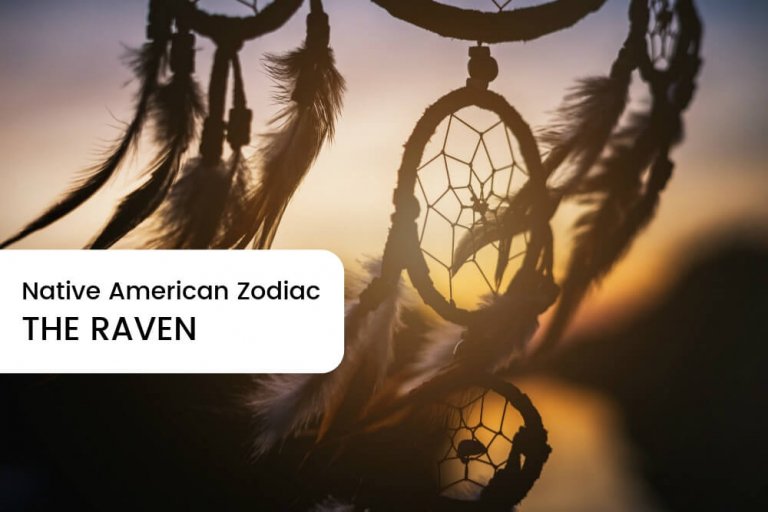 When the sound of the raven’s cawing starts to sound in your life, it is when you need to pause and give some serious consideration to the messages it is meant to bring along with it. Amongst the family of the Zodiac, the raven totem belongs to the one that is Native American. Those who are born under the sign of the raven are often very energetic and have a passion for successes. They have the drive to continue on and on, as they are less likely to give up. In the Native American Zodiac, the raven totem corresponds to people born between September 22nd and October 22nd.

Raven totem in Astrology and the Zodiac Signs

Ravens are here to beat anyone at the odds and turn their worst disadvantages to benefits.  In the western concept of astrology, the raven corresponds to the zodiac sign of Scorpio and the monkey in the Chinese astrological calendar.

When a soul that has a raven totem manifests its personal power into an aspect of life, it is certainly a wonder to behold. They have quick minds and are cunning creatures. However, in their youth, the Ravens should learn how to yield their traits and not use them to cause harm to anything.

Oftentimes, when a raven aspires to transform its life, the total transformation is usually dramatic. Regardless of the fact of what kind of transformation it is. The raven totem can help guide one safely through all the hustle.

Symbolism in the Raven totem

The symbol allotted to the raven is the sign of cleansing since it feeds on the remains of other dead creatures. In one way, it helps to remove those remains from the world. A raven is also considered an excellent teacher, a source of guidance and a companion in the studies of magic and its efforts.

Raven as a master of time

The raven is widely proclaimed to be a symbol for the time wielders. It creates more awareness for people to understand that they need to utilize their time wisely and if there is a change coming your way, you should let it happen. This is how the raven spirit animal is known to represent rebirth and the renewal of life.

Impact of the Raven totem

Ravens have often been used as the trusted messengers between all lengths of distances throughout the mythical history. Apart from that, working with ravens is a way for one to boost his powers of observation and bring into the light what lies in the shadows.

However, ravens also have a very different voice. They have a generally vast vocabulary and are considered one of the smartest birds in nature. Therefore, those with the raven totem might find that they’re communication skills are always improving.

Raven and honestly in life

Raven tells us to stay true to our voice. A raven reminds us to stay true to our voice and our purpose in life. One might become a little nervous when exposed to this sign in the Native American zodiac in terms of this. Generally speaking, when one studies the histories of the mythological concept, they learn that the raven was associated with the Morrigan and the ancient tales of the Fairies.

In some tribes of the Native American, the raven is considered a secret keeper. Therefore, no confidential information is taken lightly by those with the raven totem, and they always keep the information given to them in complete secrecy. Therefore, Ravens have no patience for the two-faced and dishonest individuals. In some means, ravens are considered highly honorable.

Those who prefer the path of mysteries and contempt are often sought out by the raven spirit as this being prefers to share its knowledge with the individuals who appreciate the depth in life and the meaning of it. It prefers those that do not balk at the face of ordeals and challenges. No matter what happens, people are often advised not to take the warnings of the raven spirit animal lightly as it is only there to guide and protect.

People who generally have a mischievous air about them are usually drawn to the raven totem. These are the people who are not afraid of the darkness and instead, they embrace it with full strength. Such people have a passion for the darkness. They can move about life undetected and attain a higher level of spiritual self altogether.

Perhaps it is easier to understand that a raven totem represents mercury. They are known to deliver information and guide people along while also acting as the bridge between the spiritual worlds.

The raven spirit will always challenge you with the ordeals that may cause your life to change. You will change and be tested on how to react to those changes. If you have interacted with the symbol of the raven, you will no doubt also dabble with some amount of magic throughout your life. This magic can either be enchanting or somewhat wholly extraordinary.

Many various Native American tribes associate the raven with their gods and the elements of creation; however, it is important to know that a raven is also sometimes associated with the trickster. It is said to be the trickster that paired humans together and acted as the protector and the provider.

Dreams about Ravens symbolize transformation and dreaming of a Raven or Ravens is letting you know that change is right around the corner – particularly in your perspectives.

The Raven totem is also known to come around in our dreams very frequently. Seeing a raven in your dream symbolizes the time for transformation. It lets you know that there is a challenge there somewhere around the corner in the pathway of your life and you are supposed to be prepared, nonetheless.