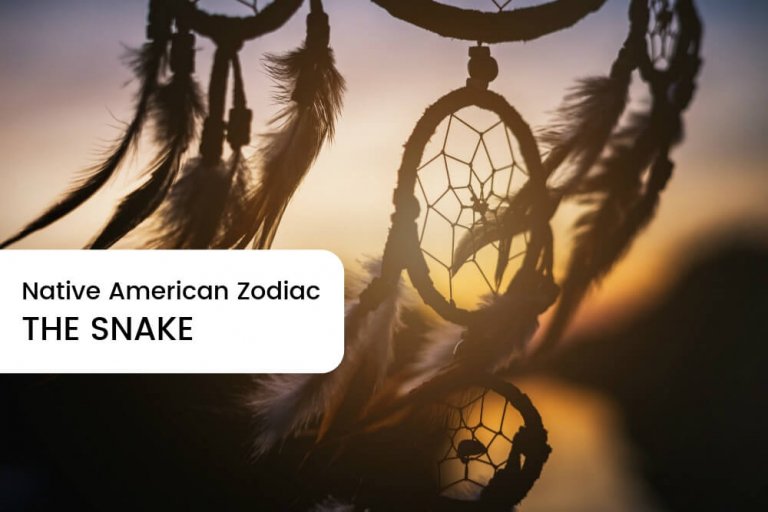 The snake totem symbolizes the time for you to move ahead in your life and keep a watchful eye for everything around you. Perhaps the snake symbolism is also there to give you a heads up for any potential dangers that may or may not arise. If there is one thing for you to understand, that is to keep a watchful eye around you and develop self-awareness. In the Native American zodiac, the snake totem corresponds to people born between October 23rd and November 22nd.

Snake totem and its meaning

The snake depends a lot upon its surroundings to find the actual direction ahead. It receives the stimulus from the earth and interprets the energies it receives from it. The snake also interprets the calming energies around it as well. It tells you not to let the drama around you to affect you and possibly cause dishevel in your life.

Altogether, the snake totem also represents transformation and emphasizes on rebirth. It also signifies healing, especially from all the negative energies accumulated inside your system.

It is highly crucial that you let go of all the poisons residing within your system if you want to utilize the snake spirit animal for good luck. It includes saying goodbye to the bad lifestyle and all the unhealthy habits it consists of. It also includes being careful of your habits of recklessly wasting money by spending it on the wrong things and the unfavorable situations. It serves as a warning and leads you towards something better and more positive.

When it actually comes to the matter of love, the snake totem pushes you towards opportunities to renew your love and learn more about your feelings and emotions. The snake acts as a reminder that it is time that you let go of all the bad histories and move forward to forgive the past mistakes by leaving them in the past. It tells you that it is time to renew your love without actually trying to replace it.

One must understand the message given to cultivating friendships because the snake totem tells you what healthy friendships have the capacity to grow into something more.

When you have the snake spirit animal, it means that you are capable of balancing your energies. It signifies that you are an intuitive individual who is really good at reading others. It may also mean that your diplomatic skills are very good. With eloquent speech abilities, you can also do great writings.

The snake totem symbolizes the need of one to listen to warnings and be careful of the surroundings. It makes one highly aware of the surroundings or possible threats that may affect their emotional or physical wellbeing. The snake asks of you to trust your intuitive abilities more than anything else because that particular ability is seldom ever wrong (especially when it comes to danger.) One should remember that it is better to be safe than being sorry about something later.

Due to the way snakes are actually viewed as in general, one is expected to get a couple of negative ideas in their head immediately. However if one does as much as having a thorough study on them, one of the factors he shall come upon is the huge pile of positive traits that follow the snake totem. In order to show that properly, we can identify a handful of key facts regarding the snake in Native American zodiac.

1. You need to become more self-aware

One of the first and foremost things that accompany the snake totem is the deep and understanding sense of one growing more self-aware of all the things in their life. The snake is extremely observant and adept at picking out the activities going around in its surroundings. This way, the snake spirit animal is able to stay highly alert of everything. This is one thing you can benefit greatly from. One may need to know exactly what is going on and who is involved in the activities surrounding your life. It is important to know how the activities around you may impact your life.

2. You need to be quite cool with everything

Being the cold-blooded reptile that the snake actually is, it also symbolizes the abilities of a person to keep a cool head and stay calm in situations which have an important effect on your life. If one is able to achieve this actively, then he discovers that the important decisions made are far more balanced and they result in a generally better outcome altogether. This attempt obviously needs practice, but if one is able to master this ability through the snake totem, one gets used to making better calls as well.

3. It is also symbolic of healing

The snake spirit animal is also closely related to the concept of healing, and it deals with the idea of eradicating all the venom from your system. It allows one to train their mind and body of all the negative things such as envy, bad habits, jealousy, etc. It provides a cleansing experience altogether. Removing such things from your energy leads to lower stress, illnesses and an entire host of complications that hold you back in life.

The snake totem is ruthless when it comes to defending the entire system of your energies so when needed; it tries and actually pulls away from the negative host inside you. By releasing such venom from your system, one experiences a sense of new-found freedom that is not only healthier but also beneficial for your wellbeing in a longer run.