The Salmon Totem in the Native American Zodiac 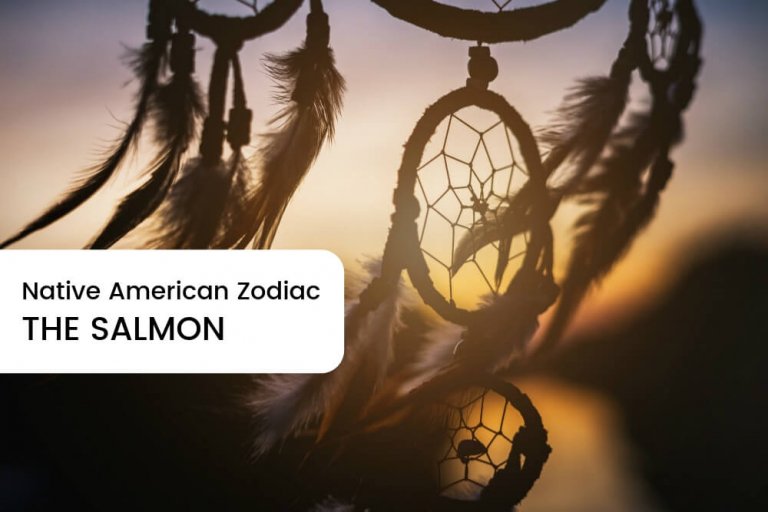 If someone’s birthday falls between the dates of 22nd July and 21st August, then the totem you have in the Native American Zodiac is the salmon. If we consider the western astrology, it would probably make you a Leo. Perhaps the most ruling attribute of those with the Salmon totem is that they want to control. They wish you control things even if it requires them to go against the natural odds.

Driven by Passion and courage

Even as the Salmon totem regards the fact that these people wish for control, it is the true driving force behind their nature that allows them to pursue things against all the odds. They are driven by passion and desire. Not so fortunately speaking, this often leads to the strict doctrines of their own making, and they often swim between the stern black and white codes of their own making. The grey area is effectively ignored.

Perhaps the most difficult things to learn for those with the Salmon totem is to learn to live in harmony with nature’s tides than wishing to go against the current. Salmon’s are terse and straightforward, and nature’s ways for them are often those that they wish to change, sometimes only for the sake of making a difference. What they need to learn is what is the right time and thing to fight against. A salmon is not deterred by what appear to be the impossible odds.

Teamwork for the Salmon spirit animal

When working in a group, the Salmons are often the ones at the lead with remarkable skills. They never balk at the face of a challenge even if others might cower in front of it. With courage clutched hard, they keep on going. Those with the Salmon totem often prefer to live by an example.

The salmon’s idea of self

Oftentimes, the individuals with the salmon spirit animal have self-doubt. They are often buried beneath the layers of confidence and a persona that is likely to attract and inspire others.  But that does not change the fact that there are times when even the salmon totem doubts its own capabilities. They consider themselves as individuals who are being given the great responsibility to pass down things and produce masterpieces. They can be of art and something a lot grander, but the salmons of the Native American zodiac have the need to produce something that the world will remember them for.

The Salmon totem knows where it has to go

Down to the very core of their being, a Salmon totem knows where it has to go. Some of them feel as they do not necessarily belong to one place and that this realization is not something that they are actively willing to accept either. But, a while later or more, there is always a place or a person that this Native Zodiac sign considers home.

A salmon is an adventurous totem, and throughout their life, they tend to seek external approval of others in their endeavors. Sometimes it is from those that are in their closest circle and sometimes it is from the band of people they hang out with. Often times, these people then end up considering them the people who drag the drama.

Once they begin to understand that this is only an attempt for a salmon towards self-actualizations, they would understand that it is not all about their ego. Misunderstanding of this would disappear.

They enjoy a good life, and they do not mind sharing the benefits of it with others. This sign of the Native American zodiac is considered the symbol of providence and abundant wealth. Everything around the Salmon totem is organized and in the right place. In actuality, they really do need the praise to feel their efforts are appreciated and understood.

Being the fire sign that they really are, a Salmon individual can be seen as one on the contrary, given that a fish’s actual home is in the watery depths. But what it really means is that along with bathing their lives in luxuries, those with the salmon spirit animal prefer to lead their lives with a fiery intensity where every moment of it is appreciated.

The season of the Salmon

The summer season belongs to those with the Salmon totem. Even though they sometimes tend to resist the ways of nature, they are somewhat accepting of nature’s gifts of the season. If the Salmon appreciates the treasures of the season, it rekindles their spirit like nothing else.

Attributes of the Salmon

The fire sign for the Salmon attributes for their utmost bravery in life. It adds to their courage through the ordeals of life and summons the passionate soul of the Salmon in doing the great things that they desire in life. The stone given to this sign of the Native American Zodiac is the Carnelian firestone. It makes up for their great confidence in themselves and their sheer willpower to look ahead at all the challenges in life.

Perhaps it is correct to say that in relationships, the Salmon totem does not mind taking the lead. Being rather idealistic about their relationships, Salmons enjoy romance to a great deal. They are not only attributed to being seductive but also dramatic. But through it all, they crave loyalty above all else.

Through everything in life, a salmon totem of the Native American zodiac is always extremely charitable and often a philanthropist. It often adds to their great desire of leaving something of value and worth behind in this world to get remembered by.