The Bear Totem in the Native American Zodiac 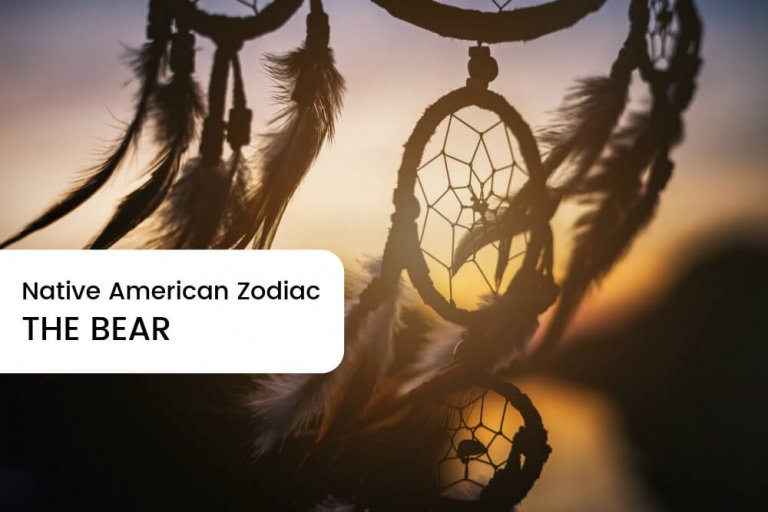 The bear totem is also a powerful totem that puts through courage and strength within the hearts of the people who need it. These people often tend to stand up against adversity. It is also a powerful guide to emotional and other physical healings because the bear spirit animal is actively in touch with the earth and all the cycles of nature.

In the Native American Zodiac, the bear totem corresponds to people born between August 22nd and September 21st.

Meaning of the bear totem

The bear totem is highly significant in terms of strength and confidence. It provides the force needed by those that which to toughen up against adversity. These people wish to take action and push forward their leadership. The spirit of the bear shows that healing takes time and these healing abilities can be used to help all those that need it. It stresses on the importance of solitude and quiet rest as well.

Symbolic of strength and courage

The bear totem acts as a strong grounding force in the times of hardship as it provides the strength and the courage that is needed to settle firm foundations to stand against challenges in life. When one is faced with the Native American zodiac, it is a sign that the time has perhaps arrived to stand up for what you believe in.

The bear totem will be the constant guide for support and strength. The bear spirit animal guides us on how to hold onto the opportunity of leadership when it is time to take it. The unique nature of this animal is that it is not only feared for its strength but also admired for the very same reason. The presence of this spirit inspires others and gains respect.

The bear spirit animal – a healer and teacher

Bear is also a symbol of confidence amongst the Inuit people. In some certain beliefs, it is said that an Inuit hunter would much rather prefer to be eaten by a bear and be resurrected as a warrior. It also represents the symbol of a wise teacher.

The bear totem is amongst the oldest worshipped spirit animals in many of the tribes throughout the world. Remains and bones of the bears have been found in many archeological sites, and their presence and position often suggest that they had been living near the humans and were considered sacred long before.

It is also believed that in the era of the Vikings, they would often wear bearskins during wars to scare off their enemies on the battlefield. Wearing their furs and skins around them made them appear as if they were as strong as these animals since a bear represents a warrior’s spirit. It also highlights the courage to fight. They would invoke the spirits of the bears at times of war and battle.

In Greece, the bear totem was associated with the Goddess Artemis and Diana in the ancient times. They were the goddesses of fertility, but in the Celtic legends, the bears were paired up with the sun.

The spirit of the bear totem and healing

Bears have been known to represent warriors and shamans as well and therefore, since this is the case in many traditions, bears represent healing abilities and the attributes of stepping forward as a leader. All these mentioned qualities influence those that have the bear totem in the Native American zodiac.

If the bear spirit animal shows up in someone’s life, perhaps it is the time when one has to take care of their own needs and focus on their healing. It does not matter whether it is physical, emotional or on the spiritual level.

Bear and the grounding forces

It is known that even in the wilderness, a bear often tends to live a solitary life. Having a bear spirit animal in the Native American zodiac suggests that you are capable of finding balance and comfort in your own company.

Many things in life may begin to make sense to you as you may begin to feel comfortable in your own space and take some time away to rest. The spirit of the bear helps you in the quiet solitude and allows you to utilize your energy into more introspective practices. They can either be meditation or self-inquiry.

Dreams are also ways for our subconscious minds wishing to communicate to us, and we often tend to use the language of symbols for this purpose. Dreaming of bears means to suggest that our dreams symbolize power, protection, healing and the strength that is found in healing. Sometimes, the message in your dreams may also suggest that it is time for you to move and go away from the crowd to indulge in your own company.

If you are being chased by a bear totem that suggests that you are also running away from a big decision of your life. It shows that you need to stop and pay attention to those things in your life that matter to you. The appearance of the bear may also suggest that you must show the world all of your capabilities.

The Salmon Totem in the Native American Zodiac