The Court Cards: 4 Happy Families Within You

Home » Blog » Tarot » The Court Cards: 4 Happy Families Within You 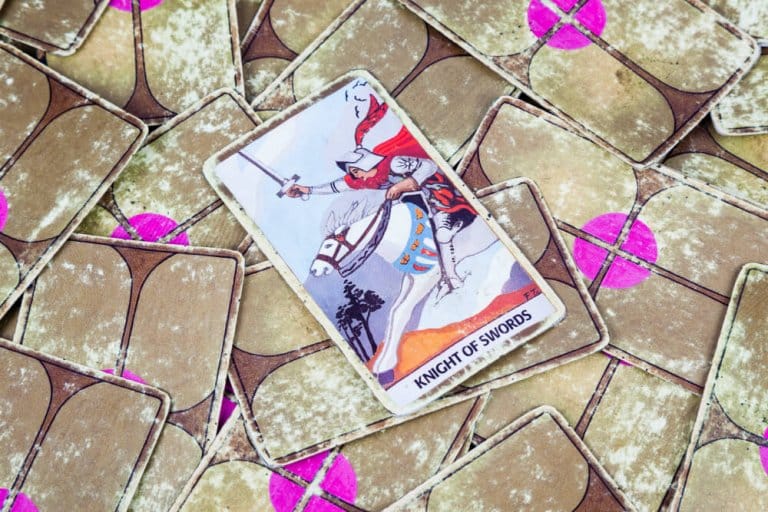 Court Cards have a bad reputation and it’s just not fair. Some tarot practitioners complain that these 16 cards are their least favorite because they are the hardest to understand and relate to. It’s no wonder: Most of these cards feature royalty sitting on thrones or riding horses. What do these characters have to do with me and my life?

Most people understand themselves as having one basic personality. We are who we are, right? But think about the various roles you play in your life and you probably notice that you are a different version of yourself based on the context. Are you exactly the same around your friends as when you’re at work or being romantic with your partner or parenting your kids? Of course not; different sides of us emerge based on the circumstances.

The 16 Court Cards reflect these different sides of us. If you want to relate to these aspects of yourself better, throw away the image of royalty and replace it with something far more relatable. I prefer to use the image of a basic family of four: a child, teenager, mother, and father. I’ve never known any kings or knights in my life, but I’ve certainly known these family types.

Now combine this image of the family of four with the four suits of tarot. 4 x 4 equals 16, the sixteen Court Cards in the deck and the sixteen aspects of personality within all of us.

The Four Families are the Tarot’s Four Suits

Most tarot practitioners know that the four suits are representative of the four classical elements: Wands symbolize Fire, Cups are Water, Swords are Air, and Pentacles or Disks represent Earth.

When you envision the 16 Court Cards as representing four families of four, you might imagine them making a nice little neighborhood of four separate houses within your core: a red house for Wands, a blue house for Cups, a yellow one for Swords, and a green one for Pentacles.

When you pull a Court Card, a member of one of these families is emerging from within you, inviting you to engage with it, learn from it, and integrate it into your full personality.

The tarot’s Pages are sometimes called Princesses or Knaves. These cards represent the young, childlike energy of the suit. It is the part of us that is fresh, pure, and developing. You might be a Page when you are not taking things seriously or learning something new. They show areas of potential in your life at the time you draw the card.

For example, the Page of Wands represents having an enthusiastic and optimistic attitude. Or the Page of Swords symbolizes curiosity and fresh new ideas. The Page of Cups is a young romance or playfulness. Finally, the Page of Pentacles learns something new and takes a simple approach to what they’re doing.

When do these parts of yourself emerge? When you pull each of these cards, reflect on that side of your personality. Don’t take the attitude that youthful or developing is inferior; all aspects of our personality serve their own purpose are sacred in their own right.

The tarot’s Knights, sometimes called Princes, reflect the teenager within you. If you live with an adolescent, you know their characteristics: they tend to be impulsive and inconsistent, swinging from emotion to emotion or fad to fad. Teens are developing but a long way from mature. The Knight shows you a part of yourself that is idealistic but not fully developed yet.

The Knight of Wands is a powerful burst of energy that isn’t likely to last. The Knight of Swords thinks they know everything but is lacking deeper wisdom. The Knight of Cups is idealistic and sensitive, perhaps overly so. And the Page of Pentacles works harder than any other card but doesn’t know when it’s wise to quit.

The Knights within us can be pretty intense and create challenges. But with awareness, we can channel that energy to serve us and make our lives better.

Within all of us – women and men – lies the sacred feminine. It is the principle of inner awareness, compassion, empathy, and love. Actual mothers are likely to relate to these cards easily, but it’s important to remember that all Court Cards exist within all of us. The Queens symbolize where you command the inner parts of yourself as the best mothers do.

For example, the Queen of Wands is the master of inner fire; she is warm and charismatic. The Queen of Cups, on the other hand, is the most deeply self-aware of all the Courts, calm and healing. The Queen of Swords is in command of the mind and is therefore perceptive and truthful. And the Queen of Pentacles is the most domestic; she is loving and pragmatic in equal measure.

Men are especially encouraged to engage with these cards when they come up. I struggled with the Queens initially, but they’ve since revealed many aspects of myself that I’d been blind to. I’ve learned to embrace my sacred feminine through working with the tarot’s Queens.

Just as we all possess the sacred feminine, we also contain the sacred masculine as well. Kings represent authority, leadership and other fatherly characteristics. In general, they symbolize external command of the suit; they show how we make our way in the world successfully. Whether you’re a man or woman, becoming your fullest self means honoring these advanced aspects of the personality.

The King of Wands is the bold and inspirational leader, and the King of Swords is the decisive and just expert. The King of Cups is composed and kind, while the King of Pentacles is successful, responsible, and savvy in business. They are all mature and make a positive contribution to the world.

Fortunately, in today’s age more women are cultivating their sacred masculine and gaining great success in the world. Engage with the tarot’s Kings and see them not as intrinsic to men, but a fundamental “masculine” part of all of us.

Many people unknowingly see themselves as one basic personality. But of course, we have many different sides, and we only become whole by exploring these various aspects of our personality, learning from them, and integrating them into the whole.

You will likely relate very easily to three or four Court Cards. They are the parts of yourself you consciously embody most often. But also, be prepared to find a few Court Cards that feel foreign and hard to grasp. Those are the more repressed sides of your personality and the greatest opportunities for self-discovery and growth. Engage especially with them and become more at peace with yourself.

Nowadays royalty can feel awfully tough to relate to. But the members of a typical family we know very well. If you’re struggling to read the Court Cards, try relating to them as the four happy families you have living within yourself. Know each of these 16 characters better and you will have a much happier and more peaceful inner neighborhood.

I love tarot and assisting others to awaken to the source of truth, wisdom, and love within themselves. My book is for those on the awakening journey and is titled Rise & Shine: A Guide for Experiencing Your Midlife Awakening. My blog and details about my coaching services can be found at www.tarotawakenings.com. Frank Kwiatkowski Website | Facebook