The 12 Signs of the Arabic Horoscope

Home » Blog » Horoscopes » The 12 Signs of the Arabic Horoscope 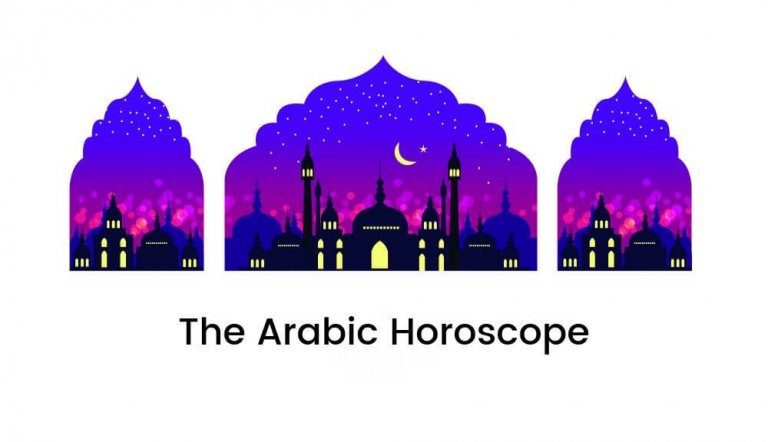 We seldom wonder what separates us as humans. What is the mode that serves as a scale for all of this classification? It all comes down to the famous classification using the horoscopes. But the problem arises with the fact that the Arabs follow the lunar calendar while occidental astrology follow the other one. Therefore, a need for Arabic horoscopes arose which needed to be addressed. For this reason, a proper system of 12 horoscopes was designed for solving such an issue. Though this system is based on the system of surroundings. It depends on the place and the job that a person does to classify him into the horoscopes.

This article would give you a brief peek into the realm of Arabic horoscopes.

Being the one who opens and closes the year the lance is holding one of the greatest responsibilities. This instills a feeling of seriousness and professionalism in their character. This leads to a very realization of duty in them and makes them prone to the fact that they have to take chances with their luck to make things work. It is in the toughness that they find the work more soothing and challenges make them happier.

Defined by the character of mystery and individualism the slingshot acts as a symbol for standing independently. This Arabic horoscope is famous for having a tough time showing off his physical qualities. Yet they are termed as being those people who would spend days searching for something new. They are the ones who cannot stand place on a pre-determined path. They would always try to explore the surrounding areas.

Designated by the signs of equality, harmony, and justice the axe bears the emblem of all of the said things. People born in this time are very determined at finding the idealistic world where everything is according to their needs. This often makes them obnoxious of the day to day life which is against their likings. This sort of people tends to trust others but at a very young age realize their mistake and try to move away from this habit.

Rooted feet, strong will, the strength of character, the dagger is the most ruthless of them all. Yet his loyalties are what defines him. These people are the ones who are born leaders or athletes. They can make quick and strong choices at the time of need. This Arabic horoscope is the one which would give its head but not break a promise that he made. The loyalty stays true to him till the end.

The world needs such people who are more prone to making things realize the reality rather than on pen and paper. The nail is such an Arabic horoscope which is bound to be defined by the fact that they are the ones who would define the strong basis of a project. This trait inculcates the idea of seeing things more realistically rather than going for the imaginary world. This is what defines them to be the ones who are quiet, yet they are the ones doing a lot of the work.

A soul who never stops exploring. The Arabic horoscope is famous for being a free soul. They have the aptitude of being alert at all times. Thus, making them key players of the team as they are the ones who are open to suggestions and can adapt according to their surroundings. This makes them successful players in team projects. The mace has another property of adapting to the person he or she is talking to thus squeezing their way out of the tightest situations.

The Arabic horoscope of the knife is the one which has the maternal sweetness inside. They can stand and feel the person heart and predict the issues related to them. They are the ones providing shelter to those who are filled with troubles and then cocoon them into a feeling of soothing.

Marked by talent and creativity this sign is distinguished by dignity and nobility. The need to contribute to the work and then learn from it is what lies in your traits. The only problem arises when the egocentric features of the cutlass kick into action.  Yet their charm attracts many towards them.

These are the sort of Arabic horoscope, which would do anything and everything for learning. They are the sort who do not care for the perfection that they might be achieved during the process but rather going out of the line to learn without hindrance. But sucking in such information can lead to frustration among them and thus leading to mistakes being made.

Grace is the word that defines this Arabic horoscope. Their intellect and artistic sense bless them with a good choice of love and affection. They love to make relationships and friendships. But then this comes naturally to them. They are sophisticated and intellectual people.

Not very commonly known, these people love to stay back in the shadows and observe the world from there. The gumia is a part of the Arabic horoscope, which develops survival techniques from the very start of its journey and tends to stay away from trouble and conflict at all times.

Defined by the power of knowing what is coming for them. The bow is famous for exploring new and undiscovered paths. They have a strong personality that entrenches anyone who comes into contact with them, and that is what makes them so appealing.

The Arabic horoscope is not one of those normal horoscopes. It is defined by the way people live and the surroundings that covers them. This sort of hierarchy is more important as a personality is developed based on the events happening around them. That is the basis for the 12 Arabic signs.

Getting to Know Mars in Astrology

How to Find Out if You Are a Starseed?