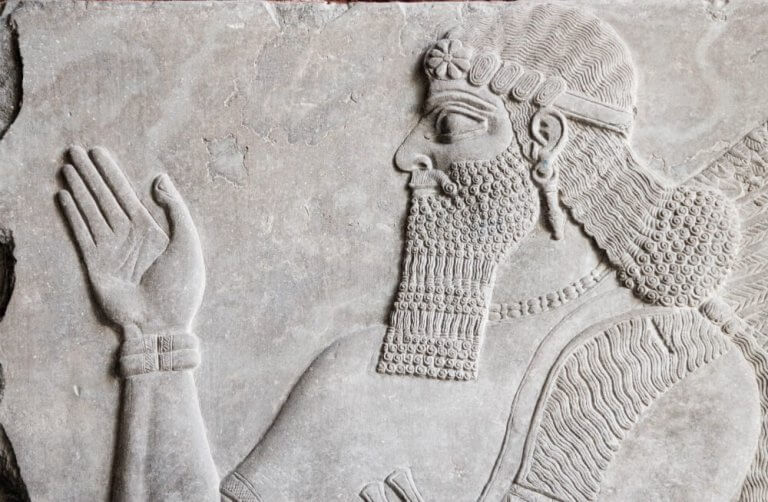 Babylonian astrology, which was founded in ancient Mesopotamia, is credited to have laid the foundation of today’s western astrology. It is with no doubt that the science of observing the stars and interpreting the signs by defining it for human personality is the essence that has been maintained until now. This article summarizes the origination and process followed in Babylonian astrology.

The starting point of Babylonian astrology is related to the advent of time when mankind would look up to the stars and wonder what’s happening above them. The sheer curiosity has started to boggle their minds since the second millennium BC. Since then, astrological science has been developing. According to the tablets found from 1700 BC, the Babylonians people found out more than 7000 celestial omens.

At that specific time, the astrological science was based on what was happening in the night sky rather than the movement of the planets and future predictions. Since it was hard to track planetary motion. However, in the 4th century, the sciences grew stronger, and with equipment’s, it was integrated into astrological science.

In ancient Babylonian astrology was limited to priests only. There were two methods with which they could either determine future horoscope i.e., the destiny of an individual or the things that could happen to him. The first of these methods included reading the will of God. Since religion was a stronghold and people faith were an integral part of their belief system. The first method was exclusively limited to Priests. The second method involved observing the livers of sacrificial animals and checking for dark spots.

The Priest who read the Will of Gods

Babylonian astrology later recognized planets and associated them with gods. The movement of these planets would determine the changes in one life. The king, who was the central figure of the kingdom, his destiny or fate was determined through astrological science. The different gods associated with planets and even the sun and moon included: Jupiter with Marduk, Venus with Ishtar, Saturn with Ninurta, Mercury with Nabu, Mars with Nergal, The sun with Shamash and the Moon with Sin.

Hence now we know why the movement of Planets and constellations were interpreted as a message from God. The priests would name it reading the will of their gods. The process, however, was all built on memory. Since they would interpret a certain phenomenon based on a past event that happened on the occasion of planetary movement, through that they would predict or foresee the future.

How the Omens were interpreted

The sky is a heaven to all of us who cannot reach it and the stars and planets its heavenly objects. That’s the name given to it. People from ancient Mesopotamia profoundly gazed into the everlasting cosmos, mapping the pathways to the planets, stars and our very own sun and moon. The astrological events were taken as omens of which some of them included: “When the moon disappears, evil will befall the land,” “When the moon is invisible, but two crescents are seen, there will be hostility in the land.”

Similarly, “When Jupiter (Sagmigar) appears in Elul the land will eat good food.” These are some of the omens that were interpreted by certain events that would happen. The omens usually were about a past event that had affected the country or the noblemen on the same occasion.

The above-mentioned zodiac signs are both western and Babylonian elements of the astrology which are still used to this date.

In Babylonians astrology, the planets are associated with a deity or God. Similarly, the stars and constellations are dealt with in the same manner. As mentioned, the first tablet talks about the star while the second tablet discusses the movement of heavenly bodies, including the sun, moon, and planets, etc.

The Modification by Greeks

Babylonian astrology was only the start. It influenced many other astrological sciences which flourished in their own time. The most notable mention was the Greeks of which further modified and molded it to their terms. They were keen to introduce one of the most important elements of which they considered were the birth elements of the cosmos. These elements were Fire, earth, water, and Air.

The Arabs and Romans had an alternative timeline for each other use of astrological science. It means when Rome flourished, and Augustus Ceaser was its ruler, he even carved his moon sign, Capricorn into many of is coins, etc. similarly after the fall of the Roman empire, it was the Arabs who took on this science when Europe was in the dark ages. The Arab scholars preserved the knowledge of Ptolemy and Firmicus. They even invented the astrolabe.

To sum it all, Babylonian astrology has laid the foundation and proved to be an inspiration for the many astrological practices and sciences followed these days. The concept of predicting the future through the mere interpretation of events of heavenly bodies is still in process and has a better outcome for everyone who believes in it.