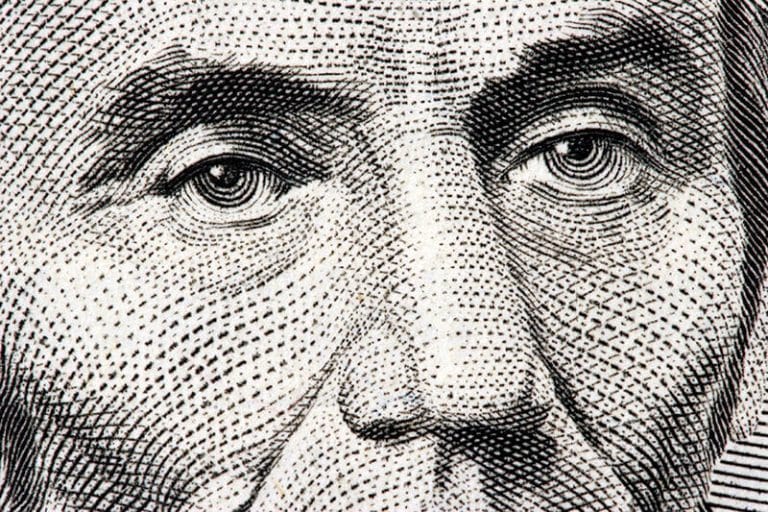 Since the early 1800s, psychics have yielded great influence over American political leaders, including none other than President Abraham Lincoln, one of the most influential presidents of all time. Lincoln became President on March 4, 1861, and served until he was shot and killed early in his second term, April 15, 1865. It is well known that he and his wife, Mary Todd Lincoln, held many psychic séances in the Red Room of the White House to communicate with their children who had died at ages 4 and 11. What may be less well known is the powerful influence that psychics played on key decisions made by President Lincoln and his closest advisors.

The Makings of a Great Alternative History Novel!

Some of the decisions President Lincoln made on the advice of psychics may have radically shaped the course of history… so much so, an exploration of how things would be different if another decision had been made would make a great alternative history novel! Alternative history has become a very popular fictional genre. The basic premise of alternative history fiction revolves around a “what if” scenario, i.e. what would have happened if one particular historical event had happened a different way or never happened at all.  An in-depth exploration into what would have happened if psychic guidance were taken out of the equation in the case of President Lincoln would be excellent fodder for such a novel.

Did a Trance Psychic Save the Emancipation Proclamation?

In December of 1862, a trance psychic named Nettie Colburn (later known as Nettie Colburn Maynard) was invited by First Lady Mary Todd Lincoln to the White House. She was only 21 years old at the time and very nervous to meet the president. For such a young person, she was quite an accomplished trance psychic. Not only was she exceptionally gifted, but she had also been practicing her craft since age 15. Mrs. Lincoln had attended one of Nettie’s séances before, along with former Congressman Daniel E. Somes from Maine, a good friend to the president. Both Mrs. Lincoln and former Congressman Somes had been very impressed by Nettie. This may in fact have been why President Lincoln was willing to attend the séance that evening because he did indicate upon entering the room that he had heard much about her.

Nettie was so nervous, she could only answer the president’s initial questions with a timid “yes” or “no.” However, when she fell into a trance, her entire demeanor changed. She spoke authoritatively, like someone wise beyond her years, and with the elocution of a great orator. So much so, after the séance, someone asked the president if she had reminded him of anyone and he immediately looked toward the painting of Daniel Webster hanging on the wall near the piano. Not only was Webster considered a great orator, but he had also proclaimed slavery to be a “great moral, social, and political evil.”

It was reported by several that while in the trance Nettie spoke in detail of many matters that she could not have known about. The president was reportedly mesmerized with what she said, especially when she started talking about the Emancipation Proclamation, which he was scheduled to sign on the first of the year. However, he had been under enormous political pressure to delay it or to not sign it at all but rather substitute watered-down “compromise” versions of it. Nettie urged him to not delay it and told him that it would be the crowning achievement of not only his presidency but of his entire life.

Much has been written about this event with the trance psychic, including interviews with those present. However, one of the best sources of information comes from the trance psychic herself who published a book entitled, “Was Abraham Lincoln a Spiritualist? Curious Revelations from the Life of a Trance Medium.” Nettie says that after she came out of the trance, former Congressman Somes asked the president if he had been pressured to not sign the Emancipation Proclamation. To this, he replied, “It is taking all of my nerve and strength to withstand such a pressure.” There are also many historical accounts of just how enormous the pressure was on President Lincoln.

Nettie also recounts something else President Lincoln said to her after she came out of the trance, “My child, you possess a very singular gift; but that it is of God, I have no doubt.” By all accounts, Lincoln was very moved by the experience and it gave him the strength and reassurance he needed to not succumb to the political pressures. Of course, he did sign the Emancipation Proclamation, January 1, 1963, and this act led to the abolishment of slavery. By some accounts, Nettie also channeled a spirit that recommended details about the Freedmen’s Bureau.

Let’s Put This In a Broader Historical Perspective

President Lincoln was opposed to slavery without question but he did not believe the office of the presidency had the authority to abolish slavery in every state as federal law and that it would be overturned if he tried to. However, he and his advisors came up with another plan. They believed that as a wartime president Lincoln had absolute power over the military and he expected that if he gave the military orders, his orders would be followed. This was the key to how the Emancipation Proclamation came about and why it was successful in eventually ending slavery in the United States.

On September 22, 1862, President Lincoln actually published what he would be signing on the first of the year. For any states that continued to rebel, all slaves in those states would be immediately and permanently free. This encouraged the border states to stop rebelling and some did. It also immediately gave the right to ex-slaves and those who could escape to the northern states to sign up for the Army, take up arms, and fight for the Union.

Is the White House Haunted By Lincoln’s Spirit?

According to a 2017 article in the Washington Post, many visitors to the White House over the decades have reported seeing, and in some cases hearing, the spirit of President Lincoln. These include some of the world’s most powerful influencers like Winston Churchill and Queen Wilhelmina from the Netherlands. Is President Lincoln trying to “pay it forward” and offer them good advice from the spirit world?

Evidently, President Lincoln’s spirit is most often reported in what is now the Lincoln Bedroom. Originally, this was President Lincoln’s office where he spent a lot of time in solitude and with his advisors making the difficult decisions he made. Is this room now haunted by his spirit that those with psychic intuition can see? It’s said that animals are highly sensitive to the presence of spirits. President Ronald Reagan’s spaniel dog, Rex, is said to have freely and gleefully roamed every room in the White House EXCEPT the Lincoln Bedroom, a room he refused to enter. Was Rex the dog spooked by Lincoln’s spirit?

If you really ponder these questions, you’ll soon realize how influential psychics are. Perhaps a séance in the White House with a gifted psychic would beckon President Lincoln’s spirit to reveal to us what we most need to know. That December night in 1862, the Lincoln’s were expecting for the trance psychic to give them communications from their deceased sons. Instead, they got some of the best advice ever given to a president.