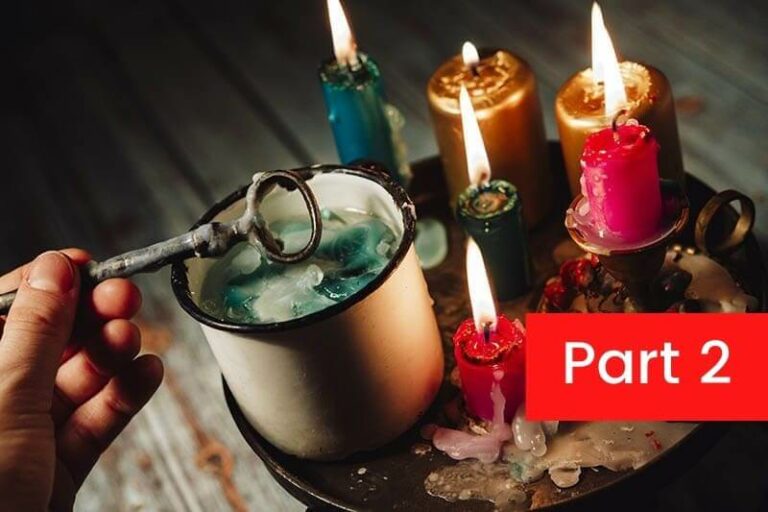 There are many forms of divination. The “Big Three” are astrology, tarot/oracle cards, and numerology. Also well-known are palm reading, I-Ching, channeling, and mediumship. This article, however, will explore and briefly describe uncommon forms of divination that you may find interesting to discover and explore. They will be listed alphabetically, and the list is surprising long, even if it is not comprehensive, which is why it will be presented in a series of articles.

The dictionary definition of the word divination is, “the practice of seeking knowledge of the future or the unknown by supernatural means.” In current times, divination has expanded to include spiritual insight about the self and circumstances, with less of an emphasis on predicting the future. The techniques and tools listed below show the many different ways divination can be practiced, whether you are trying to peer into the future or your own soul.

Chirognomy is a form of hand divination like palm reading. However, the divination is based on the shape of the hand, length of the fingers, and other factors not associated with the lines inside the palm.

Some readers take a holistic approach and study the entire hand for information, including the lines. They also look at the way the hand splays, the back of the hand, as well as the inside of the hand, and the shape of the nails and all its parts (cuticle, lunula, and eponychium).

Chiromancy is the “Fancy Nancy” term for the most well-known form of palmistry, reading the lines within the palm. In more recent times, the holistic approach has been gaining ground and you will likely find palm readers employ both chirognomy and chiromancy techniques.

Cledonomancy involves “synchronistic” hearing, when words, sounds, or music (lyrics especially) trigger sudden insight or help you recognize a divine message. This practice should not be confused with clairaudience (receiving divine messages from spirit). A person who is a cledonomacer hears something spoken by a person, heard from the television, or over the radio and understands that there is an important message offered in that moment of awareness.

Cledonism is in a class within Apantomancy, which is seeing/hearing signs from Gods, Goddesses, and the spirits.

Conchomancy is divination using seashells. You perform this skill by placing a seashell on your ear and analyzing the sounds. A practitioner might have several shells, one of which a client would select to answer his or her question. The practitioner would listen to the sound of the shell and relay the answer to the client.

Dactylomancy is a form of divination using a ring, preferably one worn by the client. The ring is given to the practitioner, who will attach it to a string and can use it much in the same way as a pendulum. The client can ask a question and the movement of the ring will provide the answer. In another form of the practice, the ring is perfectly round and can be rolled across a row of letters to provide an answer. Also, the metal that comprises the ring is important.

You can use standard dice or ones with special markings for divination purposes. If you are using regular dice, then the answers are yes/no/unclear based on using at least 2 or 3 dice for your casting.

Dobutsu Uranai is a modern Japanese animal horoscope that uses your birth date to determine which of 12 animals represents you. They are: lion, sheep, koala, panther, wolf, cheetah, monkey, tiger, Pegasus, elephant, raccoon, and fawn. The animals fall into four groups: new moon, full moon, earth, and sun. And they are associated with six colors: red, blue, brown, orange, purple, and black.

Domino Divination uses numbers from the dominos to provide a divine message. Mix the dominos in bowl or bag and pull one out. Place the domino down so that you are looking at it horizontally. Like a tarot card, it will matter if you draw the 1|4 tile and lay it down as 1|4 or 4|1. There are numerous sites on the web that provide directions and interpretations, you may need to explore several to find which method and interpretations work best for you.

Favomancy is a type of divination that interprets the way beans form patterns when cast.

Geomancy is a form of divination with a few different variations. One involves reading markings on the ground left by animals or made randomly by some act of nature. Another version involves getting the sense of a place for building a home. And the last is a Medieval method of casting that is rather complex but was used heavily for hundreds of years.

If you have enjoyed reading about these uncommon forms of divination, be sure to look at the next article which will include more unique methods of divination that were once practiced, are making a comeback, or that might resonate with you if you want to become a practitioner of one of these less well-known arts.