Training the Mind for Magic 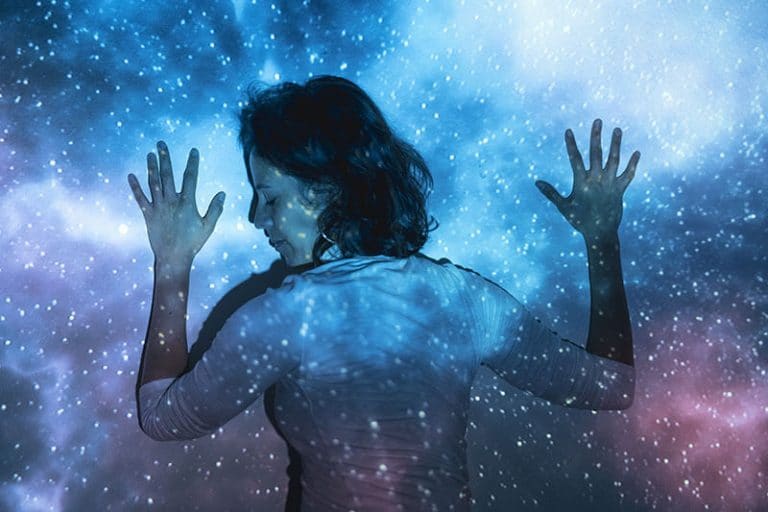 As the famous magician, Lon Milo Duquette says, “Magic is indeed all in your head, but your head is a hell of a lot bigger than you think it is!”

Magic is the study and direction of certain powers of the human mind, and a study of the “mind side” of Nature. Being a successful Magician depends upon the possession of the capacity to make use of these little-understood powers of the human mind, which means understanding the laws by which they work, and the strengthening of the mental “muscles”.

So how does Magic work, anyway? How do you train your mind for Magical practices?

Magicians, prophets, and sages from a wide array of cultures have spoken of the “fifth element” of astral light, also known as akasha, which is understood as the “everything-ness” that underlies reality.

This etheric substance, identical to the light of the stars, is the vibrational root of all material. All that manifests physically in this three dimensional Universe grows into physical being from this vibrational substance, as a flower grows from an essential seed, and this etheric essence makes up an energetic “blueprint” or “map” that underlies the physical world.

Ceremonial magic, rituals, and manifestation work act directly upon this light, and thereby affect the physical world. Actually, our thoughts, words, and deeds are at all times shaping and directing this etheric substance— and by extension all of nature— whether we are aware of this fact or not. However, a Magician sculpts this astral light purposefully to affect the desired outcome by appealing to the mysterious powers that belong to the subconscious mind.

The Powers of the Subconscious

One cannot sculpt the akasha simply by commanding, “thus be it so!” Magic works by way of the subconscious mind, and the subconscious does not respond to demands or the brute force of the conscious will.

The subconscious responds rather to suggestion. The Subconscious mind is highly deductive. As a ripple spreads across the surface of a pond, any impression made upon the subconscious will cause a chain reaction of deductive conclusions within the personality. This part of the psyche is not concerned with whether something is “true” or “false”. Your subconscious does not interrogate the premise or make sure that its reasoning is sound. Like a receptive and fertile garden, seeds planted within the matrix of the subconscious are germinated and nurtured, whatever their empirical status.

It is for this reason that ambiance and atmosphere are given so much importance in any religious ritual. The purpose of music, incense, ceremonial garments, and symbolic imagery is to “speak” to the unconscious levels of the participants, conjuring a certain mood within the psyche along, in order to summon the great magical powers that lie therein. The subconscious mind cannot be convinced or commanded to work with us— it must be enchanted into doing so.

The Power of Symbols

Your imagination is powerful enough to move mountains if you only know how to properly tend to your subconscious mind. Imagination is a powerful tool by which to make strategic suggestions upon subconscious in order to affect a series of deductions that result in an outcome one would like manifested.

We must speak to the subconscious in the language of symbols to communicate effectively with it and summon the powers at its disposal. The subconscious mind communicates through pictorial imagination, an archaic mode of mentation that developed long before the speech. It is as unresponsive to logic or argument as a deaf man, but show it a picture, and it understands and is only too ready to cooperate now that is knows what is required of it.  A symbol passes by the frantic tedium of your conscious mind, ignoring your neurotic fact-checking and trivial excuses, ferrying straight across the rapid rivers to the shores of inner knowing.

Due to the deductive nature of the subconscious mind, a symbol is an especially powerful tool in Magic. Because they speak to the ancient, non-rational parts of you, symbols have the power to cast spells, break spells, hypnotize, summon forces both from within man and from out of the cosmos, and work directly upon the astral light.

Much of esoteric training consists of learning to identify, fashion, and interpret symbols in order to harness the higher forces they express. Roleplay dramas, music, mantras, chanting, meditation on sigils, ceremonial tools, garments, and visualized scenes are all methods that use symbolism to awaken, intensify and direct the magical faculties of the mind. In ancient traditions from all over the world, symbols have been used to redirect consciousness, to still the mind, to evoke certain kinds of powers or skills, to strengthen weaker parts of the psyche, to heighten or instigate religious ecstasy and rapture, to promote wisdom, to aid self-reflection, and open up channels of information from celestial sources.

Before Tarot cards were used to divine the future, their primary use was magical meditation. An adept chose a card whose essential qualities he desired and meditated upon it. Simply gazing upon a symbolic image is enough to awaken powers that are dormant within your being, because the sacred geometry of the images is communicating with the part of you that is receptive to that language.

Even if you are not consciously registering all of the details latent in design, there is a more primitive part of you that registers the curve of the moon, the water-like rippling lines, the phallic protrusion, the arc of the sun moving, the pupil of an eye.  Esotericists studied color and sound extensively, using precise frequencies of color and tone to create specific effects upon the atmosphere, the physical body, and the minds of the participants.

There are three types of imagination that must be trained in a Magician: audile, visual, and intuitional.

Most commonly we think in words, or in a series of picture images like a film. The third and higher type of mentality is thinking in terms of pure idea, in which the idea arises in the mind complete as an epiphany or revelation. Intuitional imagination comes as a flash of sudden insight, which then gradually unfolds like a flower blossoming as we realize more and more of its implications.

People usually incline to be either audible or visual in their type of mind-working, just as they are either right- or left-handed. When we train the mind, we pick out one faculty at a time and concentrate upon strengthening it.

To train the audile imagination— the power to think in words—you can practice giving imaginary lectures inside your mind for five minutes on simple subjects with which you are familiar, imagining that you can hear yourself speaking. Pick an ordinary, and even dull topic— not something you are particularly impassioned about— for a mundane topic is a greater challenge to hold clearly in the mind.

To train the visual imagination, you can create an inner film of walking somewhere familiar. Practice summoning up every small detail along the path, and after some time you will be amazed at the vividness of the scene you can create.

Intuitions may be expressed in words but not always so. The practical way to approach this level is by way of meditation upon a particular idea rather than a pictorial image.  To begin with, many related ideas will tend to come into mind.

The aim of mental meditation of this type is not so much to solve mental or physical problems but to bore a hole, so to speak, in the shell of concrete mental ideation to the formless levels beyond. Then intuition may flow in, bringing seemingly irrational but spiritually valid impulses to action or further realization.

Opening up a neural pathway to the subconscious or establishing a practice of “channeling” is greatly enhanced by practices like automatic writing, in which one surrenders to whatever forces wish to come through.

In sustained and systematic esoteric training and development, we aim to open access to this intuitional level at will. This should produce the person who can do the right thing at the right time largely based upon hunches or at higher levels a sense of spiritual destiny, even if to the rational mind circumstances seem to advise against this particular mode of action.

Training these faculties will form a direct link not only between two levels of the mental plane but between the Higher Self and the lower self. Enjoy incorporating these exercises into your magical practice.