The Pluto Return – Upheaval in the University System 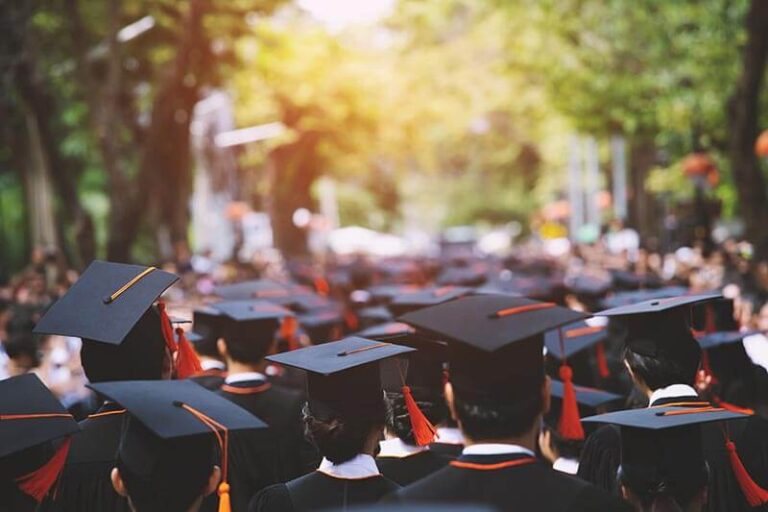 Pluto in Capricorn began in January of 2008 and will last until November 2024. The last time Pluto was in Capricorn was 1762 to 1778. It is easy to identify these years as the time of the American Revolution and birth of the nation. This upheaval, that led to the creation of the United States, is completing its first full cycle in 2022, as Pluto returns to the exact degree it was in, on July 4, 1776.

America is experiencing another significant period of upheaval that has many stories describing this time as a battle for the soul of the nation. There are numerous markers that show Pluto’s impact on American society; this article will focus on one that is reaching a tipping point, the end of the University as a bedrock of American education.

Each point in the sky rules a specific sign, so when that point is in that sign, its energy is strongest, and its effects last the longest. When the point is in a different sign than its rulership, especially a sign that is also very different in terms of element and expression, the impacts can be just as profound as what would happen when the point is in the sign of its rulership. Pluto is something of a special case since it rules death, transformation, and regeneration. Its impact through any sign is always intense in the way it does its work according to the areas of life ruled by that sign.

Pluto brings upheaval, fundamental change, and destruction for reconstruction. Capricorn rules industry, large institutions, and achievements. So, you can imagine that this transit is likely to impact public and professional life (Capricorn) in “death and rebirth” ways (Pluto) while it does its work between 2008 and 2024. Children born during this period will be born during a time of revolution that will determine the course of the nation for the next 247 years. A Pluto return is the most significant transit a nation can face because it is the rarest and most long lasting.

When Pluto entered Capricorn in 2008, the United States and the world were the throes of the Great Recession, which began in late 2007 with the collapse of the housing market and the subprime mortgage crisis in the US. Between 2007 and 2009 global gross domestic production (GDP) declined by 5.1%. Numerous bank failures engulfed the news and sent the world economy into a tailspin.

Parallel to the banking crisis was another dramatic shift, the rising expense of college and the necessary debt students incurred in student loans to pay for school. According to the National Center for Education Statistics the average yearly fee for college tuition for all colleges (private, public, 4-year, and 2-year) in 1985 was $11,369 in current dollars. In real dollars, at the time (and adjusting against inflation, caused primarily by expanding the money supply), the cost was $4,885. In the 2018 to 2019 year, the average fee was $24,623. Using current dollars, the fee has doubled in the last 25 years; using real dollars, the fee has increased by 600%!

A Picture is Worth a Thousand Words

This chart succinctly shows the rising cost in debt for a college education.

With numbers like these, it is no wonder that the narrative of “college is not worth it” is gaining traction, with the data to prove it. Along with the Black Swan event that is COVID, the previously unassailable notion that college is the guarantee for a prosperous future, has been severely, maybe even permanently broken. For a detailed breakdown of the numbers showing that the debt to profit ratio has flipped, read this article.

Therefore, it is not surprising that, as an aspect of American history, the period between 1762 and 1778, and the years soon after, when Pluto entered Aquarius, would be one of astounding upheaval in in the shape of world power. A new country would emerge that would eventually become the world’s first superpower, solidified as much by establishing a public education system that would be the envy of the modern world.

The Diversifying Ways to Learn Will Force Regeneration in the US

As going to school and going to work “de-centralizes” because of COVID, revolution is already taking place. Nassim Taleb first coined the term “Black Swan event”, which he says, “is an unpredictable event that is beyond what is normally expected of a situation and has potentially severe consequences. Black swan events are characterized by their extreme rarity, their severe impact, and the widespread insistence they were obvious in hindsight.” (The Black Swan: The Impact of the Highly Improbable)

In an article on Inc.’s website published August 19, 2020, entitled “Google Has a Plan to Disrupt the College Degree”, author Justin Bariso lays out the case for certification programs, offered by Google, to eliminate the need for a college degree.

His article starts by stating:

Google recently made a huge announcement that could change the future of work and higher education: It’s launching a selection of professional courses that teach candidates how to perform in-demand jobs.

These courses, which the company is calling Google Career Certificates, teach foundational skills that can help jobseekers immediately find employment. However, instead of taking years to finish like a traditional university degree, these courses are designed to be completed in about six months.

Much like bitcoin is trying to cut out the central banks as the intermediary between the producer and consumer, Google would like to produce programs that cut out the university as the bridge between student and employer. While this can be done for technical degrees and work that is not heavily regulated by government, like law or medicine, it is now more viable since the amount of debt to get a degree will hamper young people from attaining long-term wealth or financial stability.

As with any revolutionary moment, it can start small and build quickly. If enough people realize that going to college is a negative sum game, the once mighty commercial enterprise that is the college industry could find itself completely upheaved in the next 10 to 20 years.