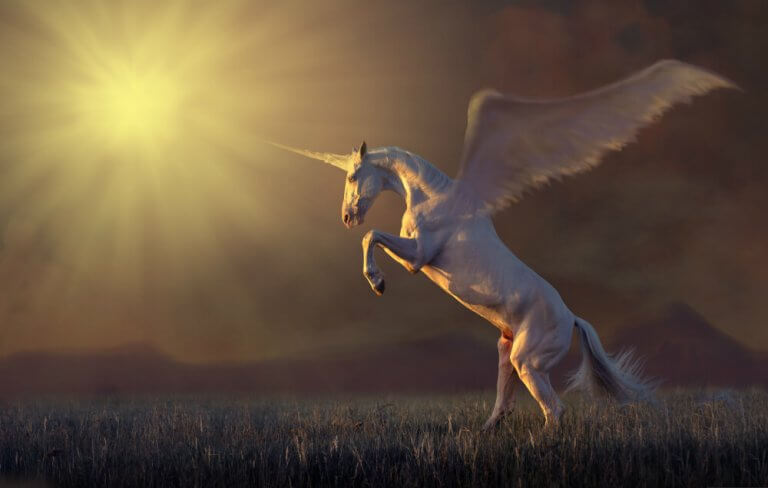 Astrology is a spiritual and creative language weaving the story of the solar system into a dynamic and organic narrative that helps us better understand ourselves, the people in our lives, the cycles of our planet, and the divine, as well as, practical nature of human consciousness. Core to the study of astrology is the concept of the archetype, an essential representation of a concept, theme, or example.  Aries is the archetype of independent, maverick action; Taurus is the archetype of stable, persistent energy, and so on through the Zodiac.

This article will explore another type of archetype, the mythological creature, and match it to the signs of the Zodiac.  Traditional animals have been assigned to the signs over astrology’s long history, some signs are animals: Aries, the Ram; Taurus, the Bull; Cancer, the Crab; Leo the Lion; Scorpio, the Eagle; Capricorn, the Goat; and Pisces, the Fish. One sign already has a mythic creature as it’s archetype – Sagittarius, the Centaur (half-man, half-horse). I will assign and explain other mythical creatures for all the signs.

The Hippoi Areioi are fire breathing horses; four of them pull the chariot of Ares, the God of War.  In astrology, Mars, the planet named after the Roman God of War (an equivalent of Ares, the Greek God of War), rules the sign of Aries.  The horses are immortal and are named Aethon, Phlogius, Conabus, and Phobos. Power, speed, and fire comprise all the archetypical elements for these horses to be the mythical creatures of people born under the sign of Aries.

The Minotaur is the first of several half-human, half-beast creatures on this list.  In its case, there is a bull’s head on the shoulders and everything below is that of a muscular man. Not surprisingly we can derive the phrase, “bull-headed”, from this creature’s blended nature. Leaving aside the specific myth of THE Minotaur, named Asterion, the common modern artist rendering is of a creature of immense stature and strength. Clearly a creature of the earth, and an excellent archetype for people born under the sign of Taurus.

Kitsune are Japanese fox spirits, who are tricksters and shapeshifters. Extremely intelligent, they can appear with multiple tails, up to nine, representing the amount of wisdom they possess; the more tails, the more wisdom.  Not only can they be tricksters, but also guardians, faithful friends, and even spouses.  Their ability to assume many roles and their “mercurial” intelligence makes them ideal archetypes for people born under the sign of Gemini.

The Kraken is an immense sea creature that protects the ocean.  Best known in Scandinavian folklore as a creature that terrorized sailors; it is better understood for this connection with Cancer as an archetype of protection. Comprised of a massive body and powerful tentacles, the Kraken can easily crush ships in its loving embrace.  Those under its protection can feel completely safe and those who threaten the ones it protects will know its wrath.  It is a surprisingly apt creature for those born under the sign of Cancer.

The Sphinx is the second half-human, a half-animal creature on this list, made up of the body of a lion and the head of a woman (in Greek mythology) and a man (in Egyptian mythology).  Known for giving riddles to travelers as a test of intelligence and bravery, to take on the riddle you had to offer up your life if you failed to solve it.  Like Leo fire energy, which is associated with performance and creativity, this creature is an excellent choice for those born under the sign of Leo.

The Unicorn was selected as both a creature of the earth and for its unique way of contacting humans.  In myth, it would only approach a virginal maiden, who was considered “pure” enough to attract and touch the animal.  In this regard, the unicorn is most discerning.  Also, its horn was considered to have a miraculous healing power when ground into fine dust and consumed.  Its “particular” nature and this healing gift make it a perfect creature for people born under the sign of Virgo, the Virgin.

Huginn and Muninn were the two ravens that sat on the shoulder of Odin; they were his eyes across the realms and dimensions, bringing him wisdom and giving him counsel.  Their names translate to “thought” and “memory/mind”, respectively.  Like the two scales representing Libra, the two birds offer knowledge and insight to Odin by speaking to him from “both sides” of his shoulders.  Their balance, gathering of knowledge, and analysis make them ideal archetypes for people born in the sign of Libra.

It may seem strange to select fire energy for the water sign Scorpio, but the energy of Scorpio is about death and rebirth, regeneration, and transformation.  No other mythical creature so fully manifests these archetypes as the Phoenix, a bird that has a long life span (up to 500 years) that bursts into flame in its death cycle only to rise again, alive, from its own ashes, thus making it the ideal creature to connect with people born under the sign of Scorpio.

The Centaur is the half man, half horse mythical creature directly associated with this sign.  Like most myths, there are varying stories as to the actual identity of the Sagittarian Centaur.  The one that best fits is Chiron, who was the most learned of all the Centaurs, while the remaining of his brethren were wild and unruly.  Since Sagittarius rules higher or learned knowledge, Chiron as the specific Centaur, makes this mythical man/horse perfect for those born in the sign of Sagittarius.

Wolves operate within a pack structure, comprised, ideally, of an alpha male and alpha female. The wolf-human hybrid is an ideal creature for a sign ruled by leadership and structure. Wolves are also known for their intelligence, loyalty, and ambition; they constantly struggle to see who will “be on top”, and once there, the others will follow the strongest among them.  This “wolf culture” is fitting for those born under the sign of Capricorn.

The Alicorn is the combination of a Unicorn and Pegasus, making it even more rare and unusual; it has the horn and the wings.  Also, as a creature that can fly, it is easily associated with the energy of Air, which is the element of Aquarius. As a blend of two mythical creatures, the Alicorn fits well with the revolutionary, unique, and authentic nature of the people born in the sign of Aquarius.

Our final half-human, half-animal creature, the Mermaid and Merman, are the people of the sea, at home in the vast ocean that is so often the metaphor for spirituality.  Living in the ocean world, which comprises the majority of the planet’s surface, Mermaids and Mermen easily represent the interactive energy of individual consciousness in the ocean waters of spirituality.  These creatures aptly represent those born under the sign of Pisces.