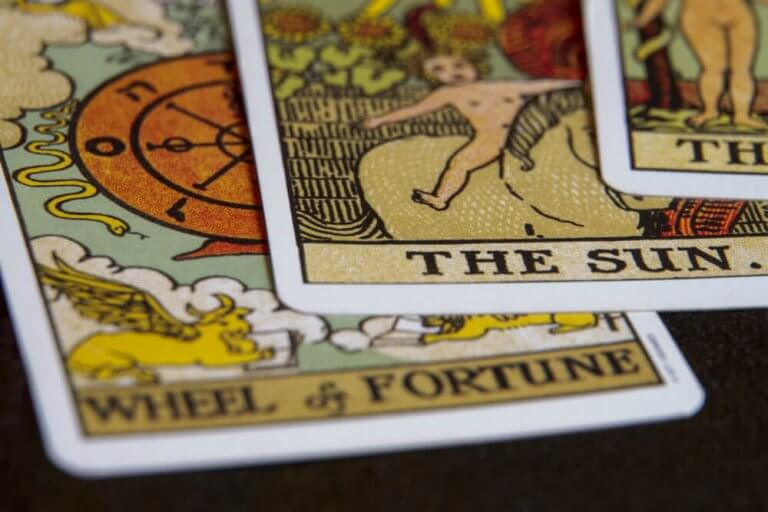 Psychics all around the world use tarot cards in order to perform psychic readings. When it comes to tarot cards, there are a few names that stand out among those responsible for getting the cards to where they are today. From Jacquemin Gringonneur to Court de Gebelin, and from Ancient Egypt to Medieval Europe, the history of tarot cards takes a long and windy journey.

Contrary to popular belief, which stems mostly from the common use of the term ‘Rider-Waite tarot’, there were actually two creators of this popular deck. The artist responsible was Pamela Colman Smith who worked under the direction of Arthur Edward Waite. As such, the deck is sometimes referred to as the Rider-Waite-Smith deck as well as the Waite-Smith deck or Smith-Waite deck.

The deck itself was completed in 1909 and gained immediate popularity. The following year, Arthur Waite published a book called ‘The Key to the Tarot’. Within this text, Waite explained the importance of symbolism and highlighted the necessity to prioritize symbols over words or numbers. The Rider-Waite tarot cards are regarded as a key step in the progression of tarot cards. So what makes this deck special in comparison to those that came before it? Let’s take a look!

Who was Arthur Edward Waite?

Arthur Edward Waite was born in 1857 and died in 1942. So who was this man? Waite’s primary focus was originally poetry and it is through this creative outlet that he entered into the publishing industry, something that would pave the way for his future releases of tarot guides. Waite studied the history of Western Occultism and compiled the information into various books. Waite regarded the study of occultism to be a spiritual tradition rather than something closely connected to pseudoscience or religion.

This order was referred to as the ‘Magical Order’, much to the frustrations of its members who tried their utmost to distances themselves from such labels. Waite also became a freemason in 1901. However, Waite departed after a number of internal conflicts and founded his own organization in 1915: The Fellowship of the Rosy Cross.

The Rider-Waite tarot deck was one of the first of its kind to fully illustrate every card in the tarot deck. Prior to its creation, the only cards that would be illustrated were the 22 major arcana cards. This meant that the number cards of Wands, Cups, Swords, and Coins were limited to being marked by a number or a word, rather than a symbolic illustration. However, the Rider-Waite Tarot is believed to have been inspired by a previous deck which originated in Northern Italy.

Having studied the occult in great depth, Waite concluded that most tarot card decks lacked one major feature: by allowing the majority of the cards to be represented by numbers or words, Waite believed that tarot card users would focus too much on the number or word and not enough on the symbolism. By leaving the symbolism of each card open to interpretation, each combination of cards could carry a different meaning to different people. Dating all the way back to Ancient Egypt and the use of hieroglyphs, the tarot cards had lost their meaning as they became associated with specific words and phrases. Where did Arthur Waite learn all this information?

The Birth of Tarot

There is a degree of disagreement as to the origins of tarot cards. We do know that the Rider-Waite tarot cards were not the first. The inspiration for this deck comes from the Sola-Busca deck which originated in Northern Italy over 400 years earlier in 1491. However, this was also not the first tarot deck to exist, although it may have been the first entire deck to be compiled.

In the year 1377, a German monk by the name of Johannes describes a card game that closely resembles the deck used for tarot readings. Historians generally agree that card games originated in Europe sometime in the late 1300s but little is known about the actual origins of the full tarot card deck. However, to explore the origins of tarot card reading, we have to journey back to Ancient Egypt with the birth of symbolic writing.

The Ancient Egyptians are regarded as the wise masters of the Ancient world. Even today, we can’t begin to understand how such an early civilization managed to understand the movements of the stars, the planets, the sun, the moon, and the Earth. We still have no clue how they built the Pyramids of Giza considering the fact that their tools were about as basic as they could possibly be. Of course, the Ancient Egyptians are known for another major thing: pictographs.

While pictographs weren’t invented by the Egyptians, their hieroglyphs were unique to that region of the world: symbols that could represent a variety of words or phrases depending on the surrounding characters. This idea of interchangeable meanings is a key aspect of tarot card reading and is something that Waite was desperate to return focus to through his Rider-Waite tarot deck. When people focus too much on one word, they lose focus of the symbolic meaning that images can have. Tarot card is about reading through the images, not the words or numbers that may decorate them.