A Brief History of the Tarot

Home » Blog » Tarot » A Brief History of the Tarot 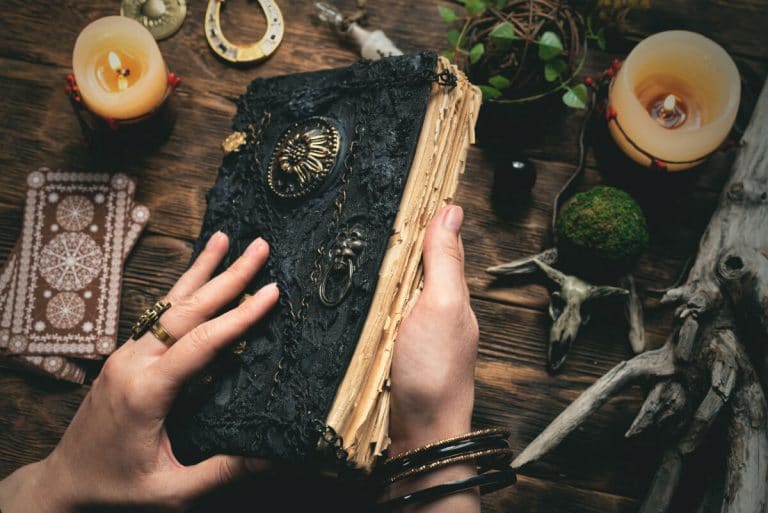 Tarot cards and, more recently, oracle cards are outstanding tools for psychological and spiritual work.  Each year they become more and more a part of the common vernacular and readily available in mass-market venues, especially the online retailer, Amazon. The number of decks available in and out of print is mind-boggling, easily in the thousands, especially if you go do a search for decks on eBay.

Once shrouded in mystery and a “tool of people with questionable character, dark intentions, or acolytes of heathen beliefs”, tarot and oracle cards are enjoying widespread, if still hesitant acceptance.  In this article, I will discuss the history of the tarot.

Historically, the first tarot decks were created in the mid-15th century (the 1450s).  They were decks of cards for a game, played by the nobles, called tarrochi or tarock.  The game would be described as “trumps and tricks”, like modern-day Hearts and Spades card games.  Four players would compete in teams of two, trying to win tricks, a collection of cards on the table in each round, by trying to have the highest trump card.

The first tarot decks were hand-painted, and the oldest surviving decks are the Visconti-Sforza tarot decks from the mid-15th century.  While the printing press did get invented around the same time, it was not until wider use of the printing press, probably in the late 1500s or early 1600s that decks could be produced in larger quantities than what could be done by hand-painting.

The first decks came out of Italy and started to spread.  Primarily the card game decks were Italian, Portuguese/Italian, French, and German.

For most of the early history (1450 to 1750), the cards were essentially gaming cards, with no widespread use as a divinatory tool, though such usage did exist.  But around the middle of the 18th Century card usage as a divinatory tool was increasing thanks to the larger number of decks in existence and gypsies using them to tell fortunes.

In 1789 “Etteilla”, the pseudonym of Jean-Baptiste Alliette created a deck specifically for occult purposes.  He claimed and promoted the idea that the cards and their meanings were derived from the Egyptian Book of Thoth.

A contemporary of Etteilla, Jean-Baptiste Pitois, also known as Jean-Baptiste or Paul Christian, was the first to coin the terms Major and Minor Arcana for the decks used as divinatory tools.  The esoteric explanation divided the deck into two distinct sections: the Major Arcana, which was made up of 22 major trumps, and the Minor Arcana, which was made up of 4 suits and the remaining 56 cards (1 to 10, and 4 court cards: Page, Knight, Queen, and King).  This designation did not apply to the cards used in the game.

Divinatory tarot decks were used as part of Masonic group initiations and remained hidden or on the fringe until the modern era and the turn of the 19th and 20th centuries.

The Basis for the Modern Tarot

In 1909 A. E. Waite published his Rider-Waite Tarot, which is the origin deck for most current tarot decks even today.  It is by far the most influential tarot deck published.  Up until the publication of the Thoth Tarot in 1969, the deck created by Aleister Crowley and Lady Frieda Harris, which was published after their deaths, the Rider-Waite deck was the de facto tarot deck anyone would have who happened to own a tarot deck.

Plenty of other decks existed between 1909 and 1970, but with tarot on the fringe of popular culture, the diversity of decks would remain in a very small pool of options.  The next big leap forward would come with the founding of US Games Systems, Inc publishing in 1977.  Helmed by Stuart Kaplan, this publisher is the largest distributor of tarot decks worldwide.  Even though Llewellyn Publishing is the older company (1901), US Games Systems captured the zeitgeist of the late 1970s and early 1980s to catapult tarot decks into more mainstream bookstore venues.

Kaplan published his first Encyclopedia of the Tarot in 1978, and the second volume in 1986, the third in 1990, and the fourth in 2005.  Today there would be no way to contain all the decks published in a single, manageable print volume.

In the late 1980s and early 1990s, New Age bookstores began to spread out of the major metropolitan cities into more medium-sized cities.  And major retailers like Waldenbooks, the father of Barnes and Noble, began to have a New Age section and carry more and more books on astrology and tarot. By the end of the 1990s, tarot decks were readily available most anywhere in the country.

The essential history of the tarot is one that takes it from a mundane card game to a rather profound spiritual tool.  While the first move away from playing the game was “fortune-telling”, which most often and most likely was being used to con people out of money, the journey of tarot cards found another pathway of interest and usage with the emergence of modern psychology in the late 19th Century.

Even the original cards were depictions of archetypical qualities and personas of human life that represent profound psychological meanings when viewed through the lens of psychology.  Today there are many people who do professional tarot readings, whether in the vein of fortune-telling or as a spiritual advisor.  Even the game is still played in some parts of the world, mainly Europe (Austria, Romania, Switzerland, and so on).

This article just lightly grazes the rich history of the tarot, which, today, is now more than ever a canvas for artists to show off their amazing talent.  Thousands upon thousands of decks exist and plenty of new ones are being published each year, through traditional publishers like US Game Systems or some form of self-publishing.  The past is with us with each reinterpretation of older decks or concerted efforts to reimagine the archetypes with very current imagery and creativity.