The Numerology of Kamala Harris 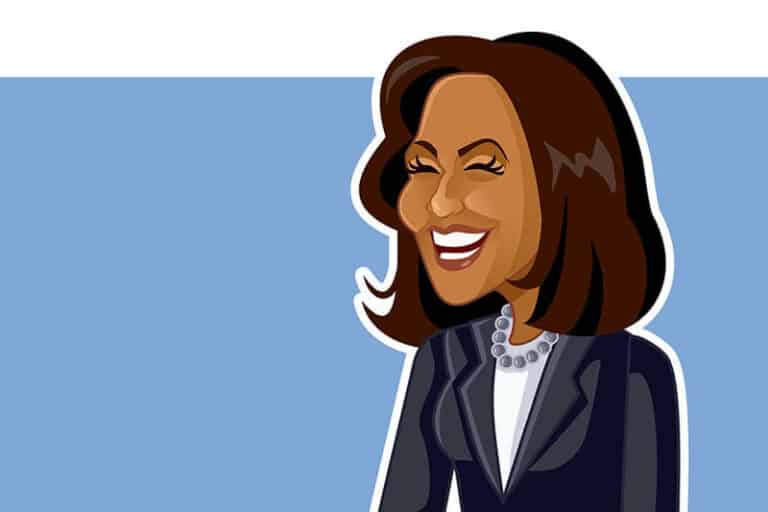 This article will explore her numerology to see how she expresses her numbers and will be a leader in the United States through one of its most difficult periods in its development.

As exploring people, they embrace diversity, new experiences, and differences. So, they become successful through mastering knowledge and wide-ranging experience. Since they explore to succeed in life, they overcome challenges thrown in their way by finding alternative solutions to get to the best outcomes.

For a more complete understanding, visit the askAstrology page about Life Path Number 5.

Harris Life Path Number is that of a change agent, which she certainly embodies with the many “firsts” she represents currently.  Her Life Path is well suited to the dynamic changes happening rapidly in this country and around the world.

An individual that has a Destiny Number 8 attracts driven and high achieving people. Therefore, they encourage those people who want to succeed in the public eye, set and achieve high goals, and lead others.

They intuitively know how to bring out the power of another and put that power into the world. As goal-oriented people, they show others the merits of hard work, long-range planning, and leadership.  Destiny wants them to lead the leaders!

For a more complete understanding, visit the askAstrology page about the Destiny Number 8.

If you consider the historical significance of the Presidential election that Joe Biden and Kamala Harris won, facing a country divided, and in the middle of a pandemic, she will need every bit of the leading energy symbolized by 8 to have any hope of charting America forward in a positive way.  And, she shares this Destiny Number with Joe Biden, so they are, in fact, a potent combination.

An individual that has an Active Number 3 is creative and dynamic. Therefore, they enjoy learning, problem-solving, expressing ideas, and working creatively.  A person with a 3 first name prefers the chance to do creative activities and be active as much as possible throughout the day.  When focused, they accomplish amazing feats, but if uninterested, no threat or reward moves them.

Essentially, you inherit numbers from your parents. Most often, the father’s surname is the one that dominates and is known out in the world. The mother’s surname often becomes her middle name after marriage, when she assumes the surname of her husband.  Harris totals 37, which reduces to 10, which further reduces to 1, the Individualist.

An individual that has a Heredity Number 1 inherits individuality from one or both parents. The person must determine how to understand the number 1 energy through the influence of the parent.  That influence may manifest as support or suppression.  In other words, the child gets encouragement to be independent or must fight for his or her independence.  Either way, the child learns the lesson of independence from the parent or despite the parent (the one who has the last name that is the number 1).

Another quality of the number 1 is pioneering, which Harris is certainly doing.  She is leading the way through individual achievement at the highest level.  Often, number 1 individuals act as role models for others.

The Soul Urge Number is the total of the vowels in a name, specifically the full birth name. The Soul Urge is like an energy charge within the numerology of a person. The number of the Soul Urge “powers” the Destiny Number.  In Kamala Harris’ case, her number is 27, which reduces to a 9.

An individual that has a Soul Urge Number 9 draws energy from a love of life. Therefore, they operate with a need to unlock wisdom to generate energy.  These individuals are often patient, observant, and introverted. Accepting that you need to be open and generous to get what you want and to get things done will help you be more successful in your relationships and endeavors.

Harris will need to draw upon considerable inner strength to manifest the best results for her pioneering role in politics as the second highest-ranking leader of the United States.  As the Soul Urge Number, 9 can provide needed fortitude to withstand the many challenges that will come due to her “difference”, as a non-Caucasian woman in role only ever held by Caucasian men.

The Personality Number is the total of consonants in the name, specifically the full birth name. The Personality Number is how people encounter someone and interpret them. It is like the clothing you choose when you plan to go out in public, which causes people to react to you a certain way. For Harris, her number is 44, which reduces to 8. However, 44 is a master number, so her number should be understood as 44/8.

An individual that has a Personality Number 44 is here to accomplish more than most. Therefore, they have passion and energy to engage in material matters on a large scale, in a grand manner, and powerfully. Their personality develops through their efforts to maximize the experience of being physical on the physical plane of earth.

As people, they embrace science, commerce, technology, and politics. So, they become successful through finding their worldly purpose. Since they act with Destiny’s blessing, they overcome challenges thrown in their way by leading with absolute confidence, thus shaping the destiny they must confront and the destiny the world needs them to complete.

In Kamala Harris’ case, her Soul Purpose Number is the total of her Life Path Number 5 plus her Destiny Number 8, which totals 13, and reduces to a 4.  With a 5 + 8 combination, she is here to “build as a leader through revolution”.

An individual that has Soul Purpose Number 4 can establish new foundations. Therefore, they provide stability and security for those around them and those who rely on them.  Amplify this energy to the national level and there is a positive promise within her numerology to chart a steady course as a leader.

The Path of a Wounded Healer

The Davison Chart – Your Astrology as a Couple