The Numerology of Bill Gates 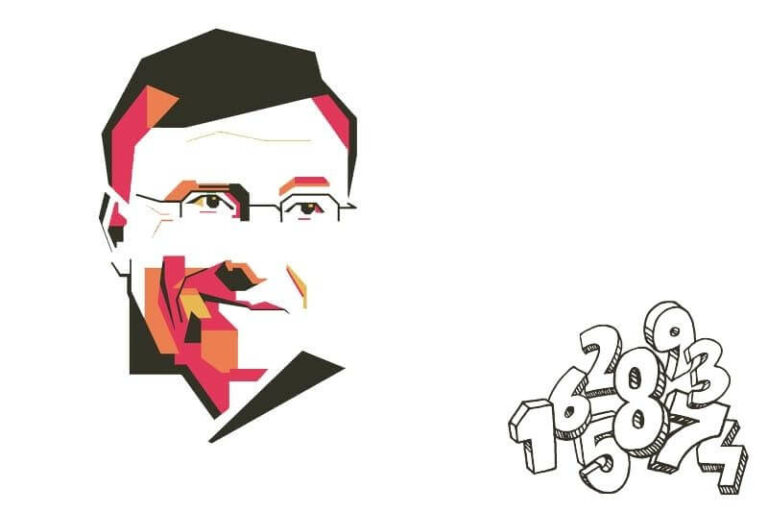 William Henry Gates III (born October 28, 1955) is an American business magnate, software developer, investor, author, and philanthropist. He is a co-founder of Microsoft Corporation. He has held the title of the world’s richest man several times and has one of the most recognized names on the planet.

An individual that has life path number 22 is the master teacher. Therefore, they have the passion and energy to engage in scholarship and share knowledge with others as deeply and broadly as possible. Their personality develops through their efforts to learn and share wisdom.

An individual that has life path number 4 is hard-working and concerned about stability. Therefore, they have the passion and energy to build lasting results, maintain systems, and do what is necessary. Their personality develops through their efforts to establish themselves in the world.

Gates has certainly proven to be a master problem-solver, as well as someone who built a successful career, then business empire, over the course of his life.

If you consider the rise of the personal computer and the creative effort it took to bring computing into people’s everyday life, you can see how powerfully Gates expresses this destiny number. I think it is also important to keep the three “I”s in his name to get the total 111, which has the number 1 repeating three times.

The number 111 is also an angelic number. When you encounter 111, Uriel is present and delivering a message. Known as God’s Light, he represents solitary strength and the fullness of individual authenticity. While we are all connected, we also differentiate and sometimes need to stand apart. Uriel is the divine spirit of 1, and the light of the individual.

Essentially, you inherit numbers from your parents. Most often, the father’s surname is the one that dominates and is known out in the world. The mother’s surname often becomes her middle name after marriage, when she assumes the surname of her husband. Gates totals 16, which reduces to 7, the Mystic.

An individual that has a Heredity Number 7 inherits spirituality from one or both parents. The person must determine how to understand number 7 energy through the influence of the parent. That influence may manifest as support or suppression. In other words, the child gets encouragement to find his or her own spiritual path or must believe and practice what the parent believes. Either way, the child learns the lesson of belief from the parent or in spite of the parent with the last name that is the number.

The Soul Urge Number is the total of the vowels in a name, specifically the full birth name. The Soul Urge is like an energy charge within the numerology of a person. The number of the Soul Urge “powers” the Destiny Number. In Bill Gates’ case, his number is 57, which reduces to 12, then 3.

An individual that has a Soul Urge Number 3 draws energy from creative effort. Therefore, they operate with a need to create to generate energy. These individuals are often imaginative, visionary, and clever. Accepting that you need to be creative to get what you want and to get things done will help you be more successful in your relationships and endeavors.

Gates has 3 as his number for his Destiny and his Soul Urge, so he doubles the creative force in his numerological design. He also “puts in the time” to complete his endeavors, which clearly contributed to his extremely high level of success.

An individual that has a Personality Number 9 presents as wise to others. Therefore, others see them as either altruistic or a “pushover”. People who value-wise counselors will expect a Personality 9 to fulfill that role in life. Do not be surprised if people treat you as someone who wants to listen to their worries and problems, even if you want someone to listen to you.

This number appears in his extensive humanitarian work. He has grown beyond his identity as a businessman and into someone offering wisdom that comes from worldly travel and opportunities to engage with the best minds on the planet.

In Bill Gates’ case, his Soul Purpose Number is the total of his Life Path Number 4 plus his Destiny Number 3, which totals 7. With a 4 + 3 combination, he is here to “understand by creating something that lasts”.

An individual that has Soul Purpose Number 7 can lead people spiritually and with a profound sense of purpose. Therefore, they give people hope and direction. Amplify this energy to the global level and there is an opportunity to affect change on the largest of scales.