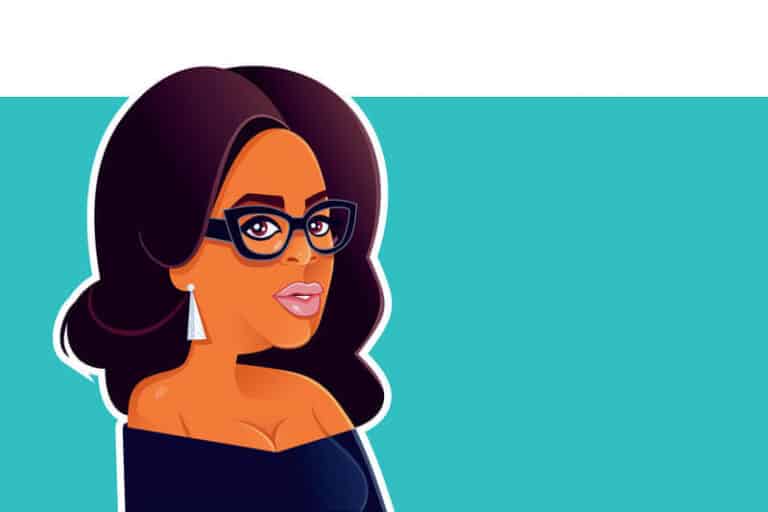 Oprah Gail Winfrey (born January 29, 1954) is an American talk show host, television producer, actress, author, and philanthropist. She is best known for her talk show, The Oprah Winfrey Show, broadcast from Chicago, which was the highest-rated television program of its kind in history and ran in national syndication for 25 years, from 1986 to 2011. (wiki).

An individual that has life path number 22 is the master teacher. Therefore, they have the passion and energy to engage in scholarship and share knowledge with others as deeply and broadly as possible. Their personality develops through their efforts to learn and share wisdom.

An individual that has life path number four is hard-working and concerned about stability. Therefore, they have the passion and energy to build lasting results, maintain systems, and do what is necessary. Their personality develops through their efforts to establish themselves in the world.

Winfrey essentially worked as a “problem-solver” as the host of her show, and she built a media empire over the course of her professional career.  Her legacy continues to grow as a positive and dynamic public figure now spanning several generations.

An individual that has a Destiny number seven attracts spiritual and esoteric people. Therefore, they know how to encourage truth-seekers, dreamers, and philosophers. They can see the potential in those others who want to learn about the world by studying large patterns and to find purpose in life.

If you consider the immense popularity of Oprah, she has a mystical, spellbinding quality to her personality.  She is among the most well-known people on the entire planet.  She promotes positivity and hope with Shamanic wisdom and compassion.

The “true” active number is the given birth name. Even if you legally change your first name, the core Active Number is the birth name given to you by your parents. A legally changed name and the numerical value is more powerful than a nickname. But any name used to identify a person in the world is an Active Number.  Oprah totals 31, which reduces to 4, the number for stability and consistency.

An individual that has an Active Number 4 likes to build and establish. Therefore, they conserve and use energy frugally, like to work hard, and want to appear solid and secure to others.  A child with a 4 first name will enjoy learning a skill, playing on a team, or form a close-knit group with peers.  First name 4 people want to act responsibly and make sure everything runs as it should.

Essentially, you inherit numbers from your parents. Most often, the father’s surname is the one that dominates and is known out in the world. The mother’s surname often becomes her middle name after marriage, when she assumes the surname of her husband.  Winfrey totals 46, which reduces to 10, which further reduces to 1, the Individualist.

An individual that has a Heredity Number 1 inherits individuality from one or both parents. The person must determine how to understand the number 1 energy through the influence of the parent.  That influence may manifest as support or suppression.  In other words, the child gets encouragement to be independent or must fight for his or her independence.  Either way, the child learns the lesson of independence from the parent or despite the parent (the one who has the last name that is the number 1).

Another quality of the number 1 is pioneering, which Winfrey has certainly been doing.  She has led the way for African American women through individual achievement at the highest level.  Often, number 1 individuals act as role models for others.

The Soul Urge Number is the total of the vowels in a name, specifically the full birth name. The Soul Urge is like an energy charge within the numerology of a person. The number of the Soul Urge “powers” the Destiny Number.  In Oprah Winfrey’s case, her number is 31, which reduces to a 4.

An individual that has a Soul Urge Number 4 draws energy from hard work and persistent effort. Therefore, they operate with steady energy that keeps going and going.  These individuals are often dependable, no-nonsense, and practical. Accepting that you need to be methodical to get what you want and to get things done will help you be more successful in your relationships and endeavors.

The Personality Number is the total of consonants in the name, specifically the full birth name. The Personality Number is how people encounter someone and interpret them. It is like the clothing you choose when you plan to go out in public, which causes people to react to you a certain way. For Winfrey, her number is 66, which reduces to 12, then to 3.

An individual that has a Personality Number 3 presents as creative to others. Therefore, others see them as either artistic or “out there”.  People who like imagination will expect a Personality 3 to fulfill the artist role in life.  Do not be surprised if people treat you as someone who can create on your own, even if you can only draw stick figures.

In Oprah Winfrey’s case her Soul Purpose Number is the total of her Life Path Number 7 plus her Destiny Number 4, which totals 11, and reduces to a 2.  With a 7 + 4 combination, she is here to “stand out by building a spiritual message”.

Her Soul Purpose number is also the master number 11.  Her energy will be guided by her connection to humanity and how she is on earth to be some kind of beacon for its development.  Her keywords are: altruism and community.  According to Javane and Bunker, “You must practice ‘love thy neighbor as thyself’ and use it as your foundation.  11 is one of the most difficult vibrations because the demand for high standards is constant” (21).