The Numerology of Joe Biden 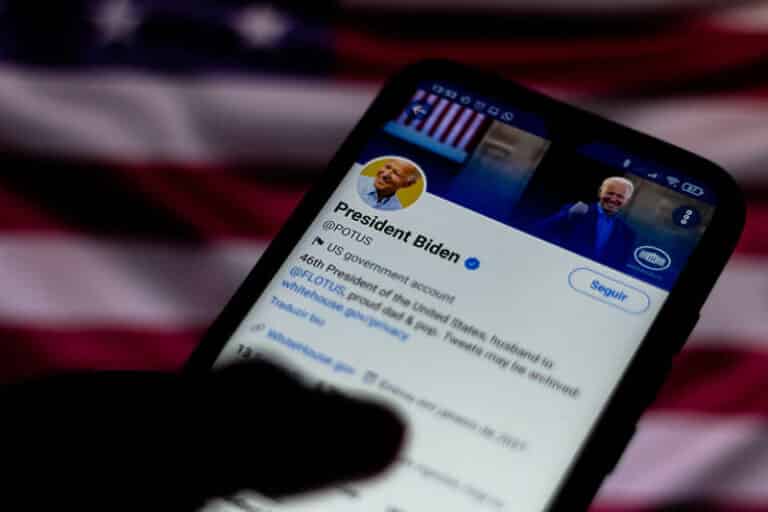 Joseph Robinette Biden (November 20, 1942) “is an American politician serving as the 46th and current president of the United States. A member of the Democratic Party, he served as the 47th vice president from 2009 to 2017 under Barack Obama and represented Delaware in the United States Senate from 1973 to 2009” (wiki).

This article will explore his numerology to see how he expresses his numbers and will be leading the United States through one of its most difficult periods in its development.

An individual that has a Life Path Number 2 is a natural-born companion to others. Therefore, they have the passion and energy to connect with and support others. Their personality develops through their interactions with others.

For a more complete understanding visit this askAstrology page about the Life Path Number 2.

Biden’s calls for unity are not hyperbole, but whether or not the reality around him will make it possible to achieve meaningful connections with those who think differently than him is part of his current struggle.

An individual that has a Destiny Number 8 attracts driven and high-achieving people. Therefore, they encourage those people who want to succeed in the public eye, set and achieve high goals, and lead others.

They intuitively know how to bring out the power of another and put that power into the world. As goal-oriented people, they show others the merits of hard work, long-range planning, and leadership.  Destiny wants them to lead others to become leaders!

For a more complete understanding, visit this askAstrology page about the Destiny Number 8.

If you consider the historical significance of the Presidential election that Joe Biden won, facing a country divided, and in the middle of a pandemic, he will need every bit of the leadership energy symbolized by 8 to have any hope of charting America forward in a positive way.

You lead into life with your first name, which is why its numerical value is your Active Number. Some people use their given first name, some take on a nickname given to them by a family member or peer, and some people choose a nickname or even an alternative name. Joseph Biden commonly goes by Joe Biden.

An individual that has an Active Number 1 is a natural-born maverick. Therefore, they like to go first, try the ride before everyone else, and take the first bite! This person will speak up and stand out.  A person with a 1 first name will take off towards something they want or head in a different direction than the rest of the group.

Essentially, you inherit numbers from your parents. Most often, the father’s surname is the one that dominates and is known out in the world. The mother’s surname commonly becomes her middle name after marriage, when she assumes the surname of her husband.  Biden totals 25, which reduces to 7, the Mystic or Spiritualist (and is also the Hereditary number for Abraham Lincoln).

An individual that has a Heredity Number 7 inherits spirituality from one or both parents. The person must determine how to understand the number 7 energy through the influence of the parent with the 7 last name.  That influence may manifest as support or suppression.

In other words, the child gets encouragement to find his or her own spiritual path or must believe and practice what the parent believes.  Either way, the child learns the lesson of belief from the parent or despite the parent with the last name that is the number 7.

Biden was 29 when he was elected as a Senator for the state of Delaware in 1972.  He was re-elected six times before leaving the Senate to serve as Barak Obama’s Vice President.  He has spoken often about the importance of his faith (Catholicism) as an underpinning of his beliefs and how he conducts himself in the world.

The Soul Urge Number is the total of the vowels in a name, specifically the full birth name. The Soul Urge is like an energy charge within the numerology of a person. The number of the Soul Urge “powers” the Destiny Number.  In Joe Biden’s case, his number is 50, which reduces to a 5.

An individual that has a Soul Urge Number 5 draws energy from exploring and conflict. Therefore, they operate with a need to challenge themselves and others to generate energy.  These individuals are often playful, competitive, and fearless. Accepting that they need to be unafraid of what is new to get what they want and to get things done will help them be more successful in their relationships and endeavors.

Biden will experience tremendous pressure on this aspect of his numerology, considering how volatile times are in the United States and around the world.

An individual that has a Personality Number 3 presents as creative to others. Therefore, others see them as either artistic or “out there”.  People who like imagination will expect a Personality 3 to fulfill the artist role in life.  Do not be surprised if people treat them as someone who can create on their own, even if they can only draw stick figures.

Biden does have a playful streak in his design with this number, giving him a sense of humor and the ability to understand and connect with people in “everyday” life.

In Joe Biden’s case his Soul Purpose Number is the total of his Life Path Number 2 plus his Destiny Number 8, which totals 10, and reduces to a 1.  With a 2 + 8 combination, he is here to “assert power with the help of others”.

An individual that has Soul Purpose Number 1 is individualistic and pioneering. Therefore, they have the passion and energy to be a beacon in life, leading by example and achieving at higher levels. Their personality develops through their efforts to be profoundly unique and authentic.

As people, they embrace single-minded focus, devotion to their calling, and intense individualism. So, they become successful through leading the way as an excellent and stand-out example. Since they act with Destiny’s blessing, they overcome challenges thrown in their way by willpower and decisive action.

The Numerology of Bill Gates

Third Quarter Moon
The moon is currently in Cancer