Red Carpet Astrology: How Many Leo Celebrities do you Know?

Home » Blog » Horoscopes » Red Carpet Astrology: How Many Leo Celebrities do you Know? 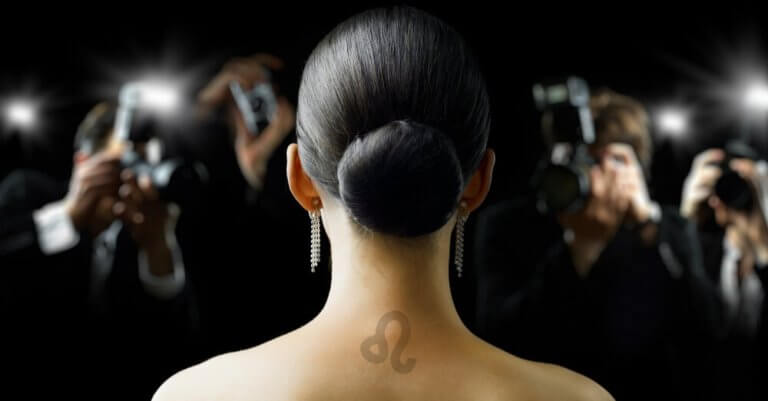 When it comes to Leo, they dominate everywhere they go. They are born leaders; their sense of freedom and independence allows them to make it to the top. They have a certain aspect of royalty associated with their personality. Leo’s are enigmatic; they have an intriguing nature, which is why they are more appealing towards the public. Leo celebrities include many outstanding music artists, Actors, and famous leaders. Some of them are as follows.

Fiery temper and ambition, that’s what Famous Leo men have in common. They have been dominating the entertainment industries for ages. The few famous Leo who had an effective impact on people around them are as follows;

Khal Drogo or Aquaman are the names Jason Momoa goes by, but more importantly, his physique is what many admire.  His tall and handsome features make him more of a sex symbol in Hollywood. His acting skills are top-notch; he has starred in many non-super hero movies too. Like true Leo celebrities, his personality sparks and his physique shines making him a worldwide internet sensation. Being a Leo, he has the natural tendency to stand up against the tyrant. Which is normally seen through his movies. He has stood for the weak and helpless.

Andy Samberg is one hilarious comedian up to date. He is an award-winning actor who starred in The SNL and was included as a permanent member. He is also in a main leading role in the hit sitcom ‘Brooklyn Nine-nine’. He has also performed in many animated movies with his voice roles in ‘hotel Transylvania’, ‘Space chimps’ and ‘Cloudy with a chance of meatballs’. All these movies showed the classic traits of a Leo, that is to make their friends and family happier. And by family, it is not limited to the direct but rather its based on a rather broader spectrum. Leo tends to care for all of these relations beyond anything.

Jason Statham is the crank monster of Hollywood. His unique physique and his gentle nature are a rare combination. His movies usually revolve around thriller and action genre and that’s what makes him famous of all. Thus, describing the star of Jason in the process. Leos are characterized by strength and love. They would stand up to face the problem rather than running away from them like the others. That is what characterizing the true Leo spirit. He starred in the movie ‘The Expendables’ and ‘The Transporter’.

Arnold is an American actor and bodybuilder of Austrian origins.  He became one of the best bodybuilders in America and abroad, he even won the Mr. Olympia title. He has starred in many movies of which the terminator is widely acclaimed and praised.  His acting has been praised with a worldwide fan base. It takes the determination of a true Leo to spend those troubling hours in the gym just to achieve something Arnold dreamt of. A body that is dreamt, but rarely seen.

Robert de Niro is one famous person hard to beat. His acting skills are unparalleled. There isn’t anyone who could be just as gangster as de Niro. He is a seasoned actor who has worked in many extraordinary movies like ‘Taxi driver’, ‘A Bronx Tale’ etc. his acting skills are applauded for his method of approach toward his aim in his performance is commendable. Being famous as someone who sets the trend rather than following them. Robert has always been someone to whom millions of people look up to.

Steve Carell is an American actor and comedian who is most famous for his noteworthy performance in ‘The Office’. He also starred in ‘Bruce All-mighty’ which made his role an exciting one to watch. His most notable movies include’ Evan Almighty’, ‘The 40-year old Virgin’ and ‘Get smart’. The irony of this world is that those who tend to be the ones cheering everyone up, end up being the most lonely of them all. Steve stays as a true Leo at heart. He can make the millions laugh yet he stays lonely and gloomy.

The famous 90’s sitcom Friends are still on Netflix because of its demand, the one character who filled our lives with laughter is the sarcasm lord Chandler Bing. With his hilarious jokes and punch lines which are still trending to this day. He is certainly the funniest among Leo Celebrities. Characterized by a true sense of loyalty, Leo stands as an icon for loyalty. Mathew proved his trait by staying loyal to the FRIENDS season over the many years.

Leo women crave for the spotlight; their glamour appeals to people around her. Many famous Leo celebrities have had artistic triumph in their lives; they are as follows.

From her exceptional performance in the movie ‘Gravity’ to ‘The blind side’ and then ‘The heat.’ Sandra Bullock career has been a roller coaster. She was one of the top actresses of the ’90s. She even won the best actress academy award and a golden globe for her movie roles. Her exceptional acting in the movie ‘Blind Side’ portrayed the true face of the Leo family. Her role of being a sympathetic and sensible human has proved a very essential role in her life. That people are humans at the end of the day. It does not matter what color their skin is.

Kylie Jenner is a modern tv show reality star; she is a self-made billionaire. She is credited to have revolutionized the Makeup and skincare industry with her makeup brand. Kylie with the Leo trait of creativity and independence is famous among Leo Celebrities. Leos are famous for being someone who would help others, but they never want to be the ones on whom pity is felt. This enables them to think on their toes. This forces them to stand and work while everyone sleeps a happy sleep.

The Hunger Games star Jennifer Lawrence is a recipient of a leading role in a movie academy award and a golden globe. She is one of the highest-paid actresses in Hollywood with her movies making more than $600 million a year. Her other famous movies also include ‘Silver lining playbook’ and ‘Passengers’ etc. All of these movies give one message that is that love for humanity when everyone would dare to look away from them. That is the true essence of a Leo.

Jennifer Lopez is a versatile performer, she is also an actor, dancer, and singer. Not only her acting rose her to stardom, but much credit has also been given to her songs. Her versatility has made her one of the most famous performers in the Hollywood industry. Among Leo Celebrities, she has millions of fans worldwide. Her estimated net worth is more than $250 million dollars. Her diverse love for being someone who would stand as the person who is not volatile. Leos never change given the circumstances they are forced to live in.

The voice of an angel, Whitney Houston is a famous American singer whose voice would melt anyone’s heart. She rose to stardom after her release of the first album. Since then her career was on the rise with several awards wins including the Grammy.  Her music career is the most notable among Leo Celebrities. She stands as the most notable person who would work for the betterment of the people. She would spend her life savings just to make the life of other people better.

For those who haven’t watch ‘Camp Rock,’ it’s time you watch it. Demi Lovato is a singer, songwriter, and actress. She attributes her music as inspiration from contemporary pop-icon figures such as Britney Spears, Kelly Clarkson, etc. she too is a philanthropist and gives charity to many foundations. Demi Lovato is a true Leo who would love to work just to make this world a better place. Though she has faced many issues she stood like an iron wall without any signs of weakness just so that the people might not doubt her.

Another ‘friends’ star character Lisa Kudrow aka ‘Phoebe’ also the annoying singer who was famous in her sitcom by the song ‘smelly cat, smelly cat.’  Lisa is an ambitious and passionate actor who had left her research field biology for a full time acting and has successfully managed to reach the top among Leo Celebrities. Belonging to a field that is not related to the field she is in right now. A true Leo in the sense that she was someone who would work her days off to make a dream come true.

Understanding the Law of Attraction and How to Use it