Red Carpet Astrology: How Many Taurus Celebrities do you Know?

Home » Blog » Horoscopes » Red Carpet Astrology: How Many Taurus Celebrities do you Know? 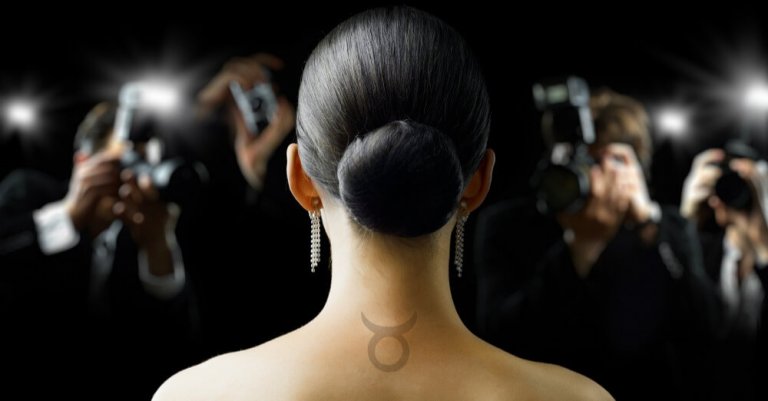 Taurus are known for their resilience, determination, and loyalty. Their down to earth qualities are what make them accepted as caring people in society. They have huge respect because of their kind nature. Taurus celebrities are a mix of famous men and women celebrities, which constitutes the whole Taurus glamour. Taurus has a knack for spotlight and acknowledgment, which is why they are ambitious to perform on the stage of life and they scale the dizzy heights.

Taurus celebrities’ glory can also be said to own by Taurus men in the entertainment industry these days. Numerous celebrities and famous personalities have actively remained in the spotlight and continue to do so. Need proof? Then there are some examples

Rami Malek is an American actor of Egyptian origin who got his first breakthrough as an actor in the tv series Mr. Robot. Currently, the essence of his Splendor came in the form of the best actor academy award for his role as Freddie Mercury in the movie ‘Bohemian Rhapsody.’ Taurus is practical and devoted. Famous Taurus men share this common trait which portrays their brilliance in respective fields of work.

From his ideal physique to his parkour stunts he is a full package. Channing Tatum has played many famous roles from Logan lucky to a police officer in ’21 Jump Street’ and its sequel. Channing Tatum started his career as a footballer and then stepped into modeling. His debut movie with Samuel L. Jackson ‘Coach Carter’ made him realize his true potential in acting. Resilience is a trait of Taurus, they are hard workers and fulfill every task for the sake of learning from it, such was the case of Channing Tatum.

‘The Sexiest Man Alive’ as termed by the People Magazine, George Clooney is the definition of a star. His career has been a series of achievements. His exceptional acting, directing and producing skills has got him numerous prestigious awards. Taurus are simply brilliant and are self-reliant, their trait of making life work is amazing. George Clooney is a living example of it.

The Gangster of hearts ‘al Pacino’ has starred in many notable movies which have moved the audience up to this date. He is regarded as the legendary villains of Hollywood. His Movie Scarface was a blast, in which he proved himself a true actor. Al Pacino as a Taurus has been resilient and self-aware of his situation. He has put into his acting much effort which shows his dominant zodiac trait of hard work.

Dwyane or the Rock Johnson is an American- Canadian actor. He is also famous for his wrestling career which made drove him to a successful start in his life.  His bodybuilding routine has inspired millions of gym freaks to follow his gym plan. Apart from his acting career he is also an activist and has worked tremendously for the benefit of people in his community. Taurus is always attracted towards humor, consistency, and reliability all of which are the personality traits of Dwayne Johnson. He has proved himself in the industry with these qualities.

The actor with 24 personalities James McAvoy amazed the audience with his performance of a man with multiple personality disorder in his movie ‘split.’ He is also famous for playing Charles Xavier in the X-men series. James McAvoy is a talented actor and commonly known for his ferocious handsomeness. Since Taurus is honest and good for their word, James McAvoy with his straightforwardness has been able to appeal to people around him for his openness.

Jack Nicholson is an American actor, film director, and producer whose acting has been an inspiration for many generations to come. Taurus celebrities like Jack Nicholson has a different aura, they own everything. Jack being a Taurus is a realist and relies on truth and facts. Amongst Taurus Celebrities Jack Nicholson is certainly the most outstanding famous men celebrity of all time. He is a two-time winner of Best Actor Academy award with 12 nominations, highest for any male actor.

Taurus famous Women has left men behind in the race towards glory. It is no surprise that among Taurus Celebrities women from young actors and singers to political leaders, women are taking the high road. Taurus women like romance, they are patient and have practicality in their work. This makes them top contenders for glory in their life.

Behati Prinsloo is an American supermodel who is married to music star Adam Levine. She was chosen as Victoria’s Secret angel and has walked the ramps many times in the most prestigious of occasions all around the fashion globe. She has worked with numerous notable editorials like the Vogue Ella, the daily telegraph and American Velvet, etc. Behati as a person is resilient, charming and independent all of which are Taurus main traits. Her personality is what makes her stand out from her fellow competitors.

Adele is a British singer, a songwriter who has undoubtedly moved everyone with her music. Like a Taurus loyalty, she has been extremely determined never to let anyone in her life lose her trust by portraying through her music. Apart from her scintillating personality among Taurus Celebrities, she has been named the artist of the year several times by billboard and won numerous Grammys for her album hello. Adele is a kind-hearted soul since Taurus have huge heart (not literally), they welcome everyone with open arms. Adele has been nice to everyone around her and even though she has faced many troubles she never forgets to smile; she is a genuine Taurus.

Amber Heard is a diva of her age, she has been a nifty actor with her recent performance in Aquaman. Her acting career depicts traits of Taurus, i.e. she is passionate about acting with determining nature for her goals and is devoted towards it. Amber heard is passionate and that makes her climb the tree of success, she never let’s go of fun and keep the adventure side of Taurus on focus. Among Taurus Celebrities, she is the coolest of them all.

Amid Taurus Celebrities, Megan Fox is a beauty queen, her looks have always stunned everyone, apart from that she is a self-proclaimed ‘loner’ which is a Taurus trait. She starred in the movie transformers and was very well received. Apart from that, she performed in many movies like Teenage Mutant Ninja Turtles and Jennifer’s Body. Taurus are loners which is one of Megan’s dominant trait, but essentially, they are helpers as well. They will not compromise on the safety or care of anyone who is dear to them. Megan fox being a Taurus has been very careful of what she does and that has made her a charming celebrity.

Audrey Hepburn is a British actress who also was a potential activist for human rights. She has been considered one of the most prominent Films and Fashion symbol of all time. Her aesthetic sense in fashion has been admired till now which is why she was regarded as the best-dressed women of all time by the Hollywood industries. Audrey Hepburn was an enthusiastic Taurus who always was intrigued by everything. Her curiosity and her stance on what she thought was right made her lead people. She is a true Depiction of Taurus Celebrities.

The Wonder Woman of our age Gal Gadot is famous for her down to earth nature and certainly her brilliant acting skills. She got her first breakthrough in the Movie Fast and Furious. She went on playing different roles and then stumbling on the role of Wonder woman. Gal Gadot has been extremely optimistic and a badass actor. She never shies away from roles that people hesitate to take. Like a true Taurus, she is ready to take risks and that’s what has made her successful in the industry.

Among Taurus Celebrities her zodiac traits are what keeps her striving for more success.

Cate is an Australian actress with many awards to her name which includes two academy, three golden globes, and British academy awards. She is a prodigious actress with exceptional talent. From her role in the curious case of Benjamin button to Lord of the rings, she has proved her versatility. Cate has a persistent nature and works to her true core, being a Taurus, she never let’s go of hard work and persistence. These traits make her a respectable and responsible celebrity. Apart from that she actively participates in philanthropy.