Skip to content
Home » Blog » Horoscopes » Red Carpet Astrology: How Many Cancer Celebrities do you Know? 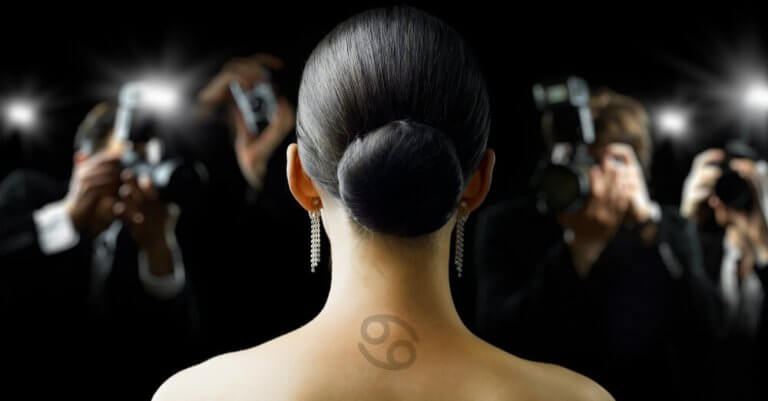 The Cancer zodiac sign is known for its challenging nature. Cancer people are profoundly intuitive and sentimental; they have an eclectic imagination. Loyalty is what cancer expect and give in their relationships. Their people communication skills are stronger as well. These are some of the traits Cancer Celebrities possess, which makes them hot property. The knack for attention and appreciation is what most people want, but to be in the spotlight is a common trait of infamous Cancer.

Famous Cancer men have long been prominent in their respective professions imparting their experience to the world and affecting it positively. Cancer sign has many notable musicians, actors, politicians, and leaders to its long list. They are as follows:

Every single child can remember woody from toy story movie series, the voice behind it is none other than Tom Hanks. From his role in Forrest Gump to his performance in Philadelphia, tom hanks incredible acting career achievement list goes on and on. Cancer are driven to their utmost bests with an ambition that reaches for the sky and their practicality. It can be easily said that Tom Hanks is one of the best American actors of Hollywood entertainment industries with box office totals exceeding $3.3 billion.

Robin Williams might have left this world, but the smiles he put on everyone face and the way he made everyone laughed, will always be remembered. Cancer celebrities are often sympathetic and caring in nature; Robin Williams through his comedy and acting inspired the audience in living their lives by laughing and smiling all the way. Cancer are kind people, Robin Williams tried to search happiness inside others. Which is why he was able to spread laughter like a true cancer.

Antony Bourdain was an American chef and tv personality. He is known for his famous book ‘2000 book Kitchen Confidential: Adventures in the Culinary Underbelly’. Apart from that, he has been associated with less Halle’s in New York. Cancers are compassionate and understanding. Cancer traits include their openness to the world. Anthony Bourdain last tv series Part unknown has been impactful in terms of acceptance and appreciation.

It was not long ago for Sylvester Stallone when he was a homeless person who sold his dog to survive. When his script for rocky was found he was offered a role in the movie and boy did he take it. Today he is one of the most influential actors of all time. His story inspired millions. He has performed in many movies like Rambo which too was a successful hit. Cancer celebrities’ common trait is compassion and persistence. Sylvester Stallone has been a down to earth person all his life and never forgot his experiences. Which is why the true cancer traits catered for his successful career.

Tom Cruise is a man with many talents. His first breakthrough was his role as a maverick in Top gun. He then was famous for his role as Ethan Hunt in mission impossible movie series. He is famous for performing dangerous stunts without a stunt double which makes his movie scenes much more anticipating to watch. Tom cruise persistence and tenacity, which is a trait of many Cancer celebrities. His hard work and struggle to make it excellent and perfect is one of Cancer zodiac traits, which he is always implementing in his life.

Sir Patrick Stewart is an English actor, who has had an illustrious career in the film industry. His roles have an ever-lasting impact on the audience. In the new generation, he is famous for his role as Professor Charles Xavier in the X-Men series. Patrick Stewart as a cancer, possess the zodiac trait of being a psychic i.e. cancer like Patrick is very intuitive by nature and observant too. Among Cancer celebrities, he has been knighted for his services for the television series.

From his role of Alan Turing to Stephen Hawking and portraying the famous Sherlock Holmes, Benedict cumber batch has been an exceptional actor of this time. He is also the voice behind Smaug, the dragon in the Hobbit series. Creativity is the crown that cancer puts on its head and Benedict Cumberbatch is its epitome. His creative acting skills provide by his zodiac traits has always inspired the audience. Among cancer Celebrities, he is as a top-notch actor.

Women have always been part of the struggle for making an impact on the life of people around them. Famous cancer women are kind and sympathetic yet persuasive. Many notable famous cancer celebrities have been a constant inspiration to all the woman out there. They are as follows:

Meryl Streep is a name that will forever be inscribed in the history of Hollywood. She has been one exceptional actor with 19 academy award nominations, and 3 wins too. When considering Cancer Celebrities, she is regarded as one of the greatest female actresses of all time. She has more award nominations than any actor in Hollywood. Her acting has been inspiring women to step forward in the entertainment industry and rise to heights of cinema. Cancer women are always on top of what they do, Meryl Streep being a cancer, has proved that by her relentless determination and tenacity towards acting as an art. She surely has excelled in it with her hard work which is one of her zodiac traits.

Eva Green journey to glamour started when she was just 2 years old. After appearing on the cover of a magazine she grew up to be a real beauty and her enchantment can be easily seen in her movies. She starred in many famous movies like ‘The Dreamers’, ‘Kingdom of Heaven’ and ‘sin city’. Eva green encapsulates one’s mind in her acting which shows her equality of manipulating and captivating one’s attention as a cancer. Her zodiac traits are as dominant as they are supposed to be.

Ariana Grande is an American singer, songwriter, and actress. She is a pop culture icon and a leading female singer in the industry. She also performed in animated movies and Nickelodeon tv series. But is famous for her music albums. She ranks third in the current best female singers. Ariane Grande takes the stage by a storm which is another cancer zodiac trait of complete taking over the environment they are at. Belonging from cancer zodiac she is a creative person whose imagination is portrayed in her music.

The Harley Quinn Of Hollywood Margot Robbie is a bad girl. She is an Australian actress who tried her luck in Hollywood and succeeded in her debut movie. Her acting skills were praised in the movie ‘The Wolf of Wallstreet’. She went along performing in various brilliant movies like ‘Suicide squad’ and ‘Focus’ making a name in Hollywood. Margot Robbie as a cancer has an intense self-sufficient trait for life. This means she is an independent woman who shines when she tries something new and her dynamics in movies has proved that.

She is regarded to be one of the most loved yet a very controversial actress. She rose to fame with movies like ‘Freaky Friday’ and ‘The Parent Trap’. She even released two recording albums which were certified platinum and then gold making her to crown glory like no other. Lindsay Lohan compassionate nature is a cancer trait, she is intuitive and caring by nature. Which when combined makes up your typical cancer celebrity.

Kristen Bell is an American actress and singer who performed on multiple platforms. Her first performance was in a musical edition of ‘The Adventures of Tom Sawyer’. Her most notable roles was a voice in ‘Frozen’, acting role in ‘When in Rome’ and ‘Veronica Mars’. Since cancer traits include creativity, the art of playing characters with voices, which are different and unique, Kristen Bell, has surely made her place in the entertainment industry.

Elizabeth Woolridge Grant aka Lana Del Rey is an American singer, songwriter. She started singing at the age of 18 and had then since climbed her way to the top. Her official YouTube channel has exceeded 3.1 billion views. She is famous for her deep meaning songs. Lana del ray cancer trait of introvert and sensibility might be apparent but her creative and imaginative cancer traits is praised by all. Her music is on top among Cancer celebrities.