Red Carpet Astrology: How Many Gemini Celebrities do you Know?

Home » Blog » Horoscopes » Red Carpet Astrology: How Many Gemini Celebrities do you Know? 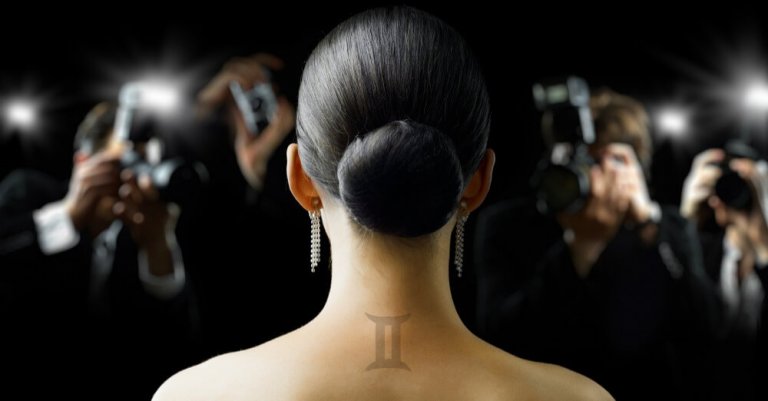 On a scorching summer day, in the heat are born the gentle people of all zodiac signs. They are inquisitive and have a curious eye for everything. They are caring towards other people needs and are socially active with good communication skills. Famous Gemini Celebrities have these traits in common which makes them highly acceptable into Gemini respectable professions leading to fame due to their hard work and people skills.

Gemini celebrities can be double minded in many cases and can portray a different image of themselves particularly famous Gemini men. But they have a certain versatility to their nature which allows them to surpass every challenge with excellence. They have been prominent in the entertainment industry, an artist like Prince, Bob Dylan and actors like Ian McKellen are the few examples.

Prince Roger Nelson aka Prince is an American singer, songwriter, multi-instrumentalist. He has reigned over the entertainment industry for as long as he was alive. He also appeared during many sitcoms as a guest. His music has inspired millions of people around the world. Intelligence is a Gemini trait, which is clearly dominant in Prince personality, his intellect has made him the pioneer of Minneapolis sounds. His music is a merger of Soul, R&B, Funk, Hip-hop, Disco, Psychedelic, and jazz. Which shows Gemini’s nature of creating something that could possibly affect everyone.

Bob Dylan is an American singer and songwriter whose music was much appreciated in the ’60s. He still is an influential singer and has been inspiring pop culture music for 5 decades. Famous Gemini Men like Bob Dylan has a long-lasting impact on the music industry because it is, they who set a precedent for further generations to come. Gemini celebrities are enthusiastic adventurers. This doesn’t imply their nature to travel but rather taking new risks for a better cause. He was a staunch supporter of civil rights, and his songs became anthems for the movement.

Sir Ian McKellen is an English actor who has many records to his name, his performance as Gandalf the grey in lord of the rings, Magneto in X-men series has been regarded remarkable. He was appointed as commander of the order of the British empire in 1979; he was also knighted by the queen. Ian, being a Gemini has dominant traits of progressiveness. He likes to work in solitude and take effective measures for every situation Among Gemini celebrities, he is one of the most respected actors.

Tupac Shakur is an all-time Rap legend. His rap was as moving as his personality. He lived his early life in a ghetto and tried his best to make it to the top. His rap was reality rap in which he addressed the social issues of his time. Gemini always stick to their ideals and vision and do not compromise it at any cost. He was caught amidst different controversies, but as a true Gemini, his gentle nature was able to prove him innocent.

If you ever wonder about the best by the band to have ever reigned the Music industry, the Beatles name will pop up immediately. Paul McCartney was the lead vocalist for ‘The Beatles.’ He has since then received various awards and recognition with his fellow band mates including John Lennon, George Harrison, and Ringo Starr. He is famous worldwide for his scintillating performances. Gemini wants to be the center of attraction, well that can be said for Paul McCartney who being a Gemini proved it with his presence in the music industry. He was knighted by the queen in recognition for his services to the music industry.

Johnny Depp is one of the most versatile actors of all time especially when it comes to Gemini celebrities. His roles as Edward scissor hand, mad Hatter and captain jack sparrow have proved how much of a dedicated actor he is. He has been nominated for 3 academy awards and won the golden globe award. Gemini traits include living a balanced life. They try to engage in activities that make them happy. Johnny Depp is a living example; he never shies away from showing off his wit to the opposite sex. Johnny Depp acting is exceptional when it comes to playing creative characters.

If you have watched the 90’s sitcom ‘The Fresh Prince of Bel-Air’ you will have seen the fanbase of Tom Jones. Among other Gemini Celebrities, His records have sold over 100 million and stood on top on the US Billboard. His most famous song ‘It’s not Unusual’ is an all-time best song and is still trending in the younger generations. Tom Jones is a caring personality which is yet another trait of a Gemini. Like a true Gemini, he is socially conscious and always tends to help people. His gratitude is what makes him a loving personality.

When it comes to affectionate nature of famous Gemini, it’s the famous Gemini women whose gentle character and quick ability to learn has taken them to heights everyone craves for. Gemini celebrities especially women can adapt, and their intellect allows them to strive in a difficult environment which is why success lies in their path.

Have you ever seen that iconic picture with a woman smiling, that one portrait picture which needs no description which is depicting the face of American beauty, it is indeed Marilyn Monroe! Among Gemini Celebrities, she is considered as one of the most beautiful women to have ever lived. Being A Gemini, her trait as a loner is dominant, she likes to be independent. Gemini likes to solve the intellectual puzzles of life in every situation, that’s marlin Monroe too. She spent a great deal of time in foster homes in early childhood and then moved on to make her career. She has since then been accredited for her looks and acting in various movies.

Natalie Portman is an Israeli- American actress, producer, and director. She has a bachelor’s degree in psychology from Harvard, and her acting career is as professional as her academic profile. Natalie as a Gemini is an analytical thinker, her zodiac trait allows her to have an intellectual prowess that reigns over many. Her debut film was Leon, the professional and later was cast in stars wars trilogy. Her famous movie ‘Black Swan’ was praised among the critics. Gemini likes to keep their life balanced and so does Natalie.

Angelina is a worldwide famous American actress most commonly known for her philanthropic activities. She being a wonderful actor also is a humanitarian and the ambassador of the United Nations for peacebuilding. She has been awarded the academy award and three Golden Globe awards. Angelina is a global sensation. Gemini craves for the spotlight with their skills. Being a Gemini actor Angelina has been a charming and attractive actress who has crowned glory in all its form.

Everyone knows her by the name of Monica, her role in the famous sitcom ‘friends.’ She has been an exceptional actor loved by everyone for her gentle and affectionate nature. Her other performances include scream series. Courtney like a true Gemini is a hard worker and after a tremendous amount of dedication she has put to her work, has gained a reputation of a lovable personality. Among Gemini celebrities, she is the most loved actress.

Judy Garland was an American singer and actress. She was the epitome of singing serene vocals, i.e. there was no match for her singing capabilities which is why she rose to stardom and reigned over the music industry for four decades. Judy made art out of the still chaos of her time which is a quality trait of Gemini. She was awarded a juvenile academy award and won a golden globe for her performances.

Everyone remember the Spice Girls; Mel B was an active lead vocalist for the spice girls and has won many awards with the famous girl band. She is a Talent competition judge and a model. She has been on America’s Got Talent series for many years. Mel B glamour is one of a kind, being a Gemini, she is a phenomenal singer and has been influencing her listeners through her voice.

Helena Bonham Carter is an actress of English origins. Her famous movies include fight club, A room with a view, the king’s speech and her famous role as Bellatrix in HarryPotter series. She is a phenomenal actor and has marked her presence in golden words in British cinema. Geminis like Helena are extroverted and optimistic, her zodiac traits of working for success is evidence of her achievements.

The 6 Great Transits of Your Lifetime

Number Systems and Your Numbers