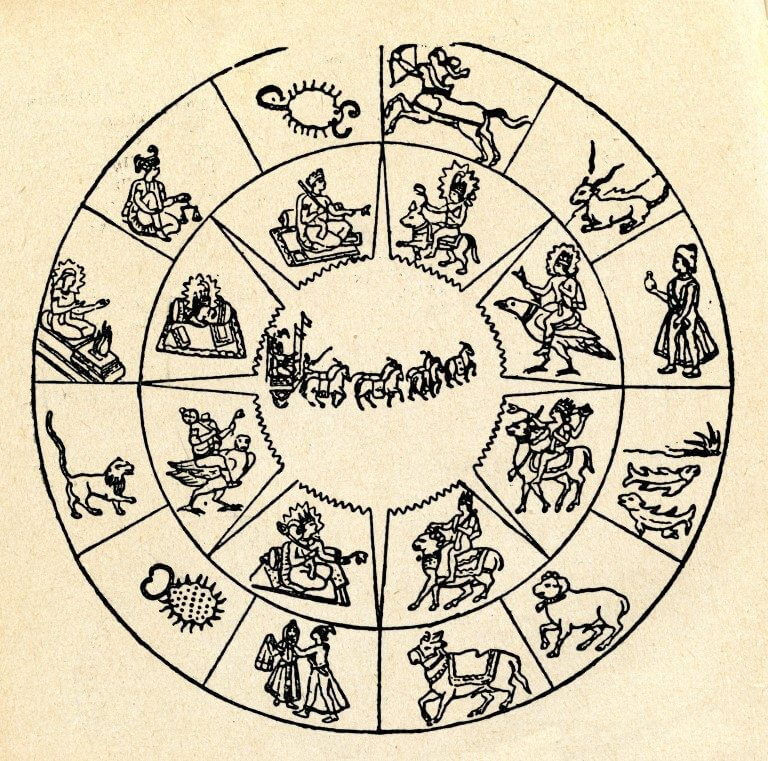 For all the people who believe in regular astrology, Vedic astrology should not come as a surprise. This is because it takes inspiration from the same set of rules that regular astrology does. Vedic horoscope, like its western counterpart, has its followers believe that everything in this universe is dependent on the heavenly bodies and their movements. Starting ages ago in the land of India, this is the East’s answer to the west regarding spiritual knowledge.

In simpler words, this Indian zodiac locates the position of each person’s ruling planet in the skies and then uses it to form reasons behind all the actions and happenings in your life.

It has been quite a long time now, one that astrologers cannot calculate, since when the Vedic horoscope has been in effect in India. In fact, in surrounding regions and the Indian subcontinent itself, Vedic horoscope predictions remain the primary source of astrology knowledge and take precedence over the regular astrology that the world is accustomed to.

Among others, one of the first differences that occur here is that the horoscope in Hindi has its names for the star signs. Before we go on and let you know about them, let us tell you that Indian astrology, Vedic astrology, as well as Hindu horoscope are all the same thing describing the same objective. As you may have expected, this calls for the star sign divisions to be in the Hindi language too. This is allotting them attributes in nature, which are otherwise the personality traits directly translated in regular astrology.

Like we mentioned before, there are certain attributes in nature that are set up in astrology in Hindi, and which can then be subsequently used to know more about the life of a person. Each of these is allotted to a star sign. There are three basic attributes in nature in Indian horoscope, which are

As you may have noticed, this comes off as a blueprint for a personality that a person is expected to have, based on their date of birth and the corresponding positions of planets. Have no doubt, as well as your personality, Vedic predictions can cough up information regarding any sphere of your life.

All it needs is the position of planets in your birth chart. Just like movies show ancient knowledge to be unexplainable yet very intricately built and accurate to the core, Vedic horoscope too comes up with answers in the most unimaginable of ways. All it needs is the place and time of your birth.

We discussed the attributes in nature earlier, let us now give insight into the four basic motivations that lead each of these attributes. This is something of an aim of the human personality and helps Vedic star sign readers know more about the personality of the subject. These are:

Vedic Horoscope and its Astrology Report

If you are interested in knowing what your life holds ahead of you through the knowledge that is ancient and reliable, you can get free astrology reports all over the internet, that stem from the Vedic astrology knowledge. It talks of your career, love life, bonding with family, health, and wealth. All of these are important factors if one wants to lead a life with control over all the factors that become the driving force behind it.

Vedic horoscope is also known as a Kundalli and remains one of the very important traditions in Indian culture before two couples marrying. This is the Indian version of checking whether two people are compatible with each other or not, by comparing their birth charts. Seasoned Vedic astrologers can give you sincere advice in case your Kundalli does not match with someone you may want to marry. This often involves sacrifices on the personal level, which are administered to ensure that the planets put in their approval.

Vedic astrology is the duster that reveals everything from under a dust-covered cupboard. You may think of this cupboard as holding all the important documents regarding the future of your life. Although Vedic horoscope is generally not considered or consulted in one’s daily life, it should be seen before any crucial decisions come by that are believed to have long-lasting impacts on one’s life.

For instance, starting a new joint venture business could be something of a big step forward in life, and asking for guidance from the Vedic astrology could mean a lot of guidance that you otherwise may have ignored. On top of that, it could tell you way in advance whether your plans are doomed to failure or a plant of success.

With that kind of knowledge in advance, one can always alter his or her decisions to the right path, so that the maximum potential can be reaped out of certain things you plan to do in life. Rest assured, the Vedic horoscope is authentic, and it is accurate, all that remains is for you to try it in your life to your advantage.