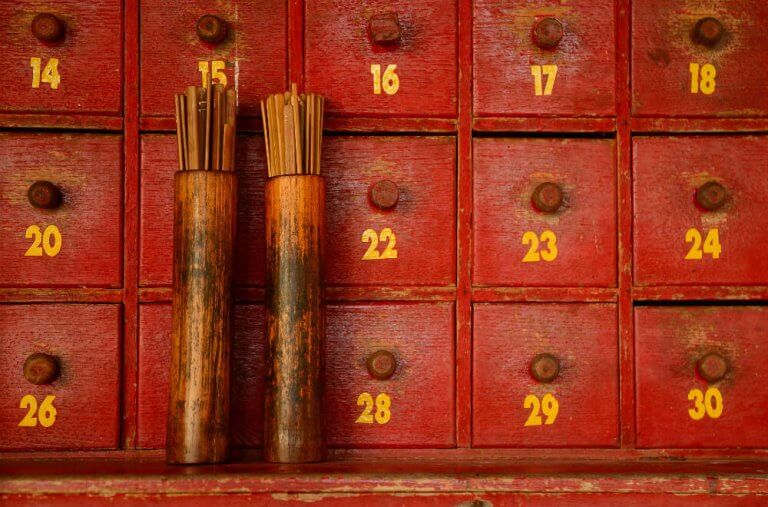 Being a section of the world that has a very rich history behind its back, the Chinese have not stayed back in any way possible. The most important thing, classifying the humans, was carried out by their Emperor Fu Hsi. The classification was carried out using Chinese numerology in a rather different way than the west. Using numbers and then comparing them with the same sounding words. The article gives a brief introduction to the Chinese numerology.

Having a rich history of supporting the people of China a system of classification developed. This was called the Chinese numerology. The number 1 is just one of the many numbers that encircle the process of classification. This number specifies ‘dignity’ and ‘honor.’ This can be seen in the structure of 1. That it does not stop for anyone. The second deduction can be of independence as well. While water stays as its Chinese element.

When compared to the western belief this number represents leadership, action, and masculinity — all in all, around up figure which also has a side for impulsiveness and impatience.

The great thing about Chinese numerology is that it stands specific for each and every character. The theory behind the number 2 is that ‘Good things come in pairs.’ This represents the lucky behavior of this number. The reason it is linked with pairs is that it rhymes with the word sure and easy. This gives a brief insight into the idea that when something is done in pairs, the result can be much lucrative than a single-handed job. It is associated with the Earth element.

The western belief, however, stands on the sidelines by terming this number as a soft, gentle personality bearing nature. But the second face of the number 2 would suggest a melodramatic and self-conscious person.

The Chinese numerology is such a system of classification that it controls the negative and positive natured people with its system of numbering. The number 3 is a famous number that signifies “Birth, Marriage and Death” each adding to its beauty. Thus number 3 stands as a number for life. Its companion among the words includes ‘birth and growth”. It is associated with the Chinese element of Wood.

Through the lens of the west, this number stands as a very lucky number that has its fruits and flavors. It is a highly social number and has the traits of optimism inside its very nature.

The origin of the Chinese numerology system can be traced back to the time of Fu Hsi when he discovered the patterns on the shell of a tortoise. Nine clean boxes each having a unique number on it. The number 4 is considered a highly unlucky number with its homophone lying with the word of ‘death.’ It’s considered so unlucky that even the building which has a large number of floors are numbered in such a way to remove the number 4 from its very structure. The Chinese element associated with it is Wood, which also signifies death and re-birth.

Despite this obvious threat. The western hierarchy treats it as a number that shows hard work and zero tolerance for any mistakes. This shows the difference between both the systems through the western system does not get affected by the idea of ‘Luck.’

The number 5 in the Chinese numerology holds a key trait of being a positive along with a negative shade to it. It can be interpreted in both ways. At first, 5 is also the five elements of nature; thus, it promotes stability. On the other hand, in certain Chinese dialects, it rhymes with the negative words of ‘not’ or ‘no.’ Though when it couples with words such as death, then it becomes “No death” which cancels out its effect. The Chinese element of Earth is associated with it.

In western culture, it signifies the idea of being a highly independent person. Someone, who is highly social, energetic, and dynamic. Though it can lose its focus and become someone who gets easily lost from the right path.

The Chinese numerology of number 6 signifies the idea of ‘fortune’ and ‘wealth.’ This number of 666 is considered a very lucky number as it triples the luck of the normal person. Thus this is normally associated with a business which needs extreme luck. This number is associated with the Chinese element of metal.

This number is considered the most harmonious of all the numbers. Though when it is coupled with that of 666; it becomes the most dreaded number of the western system. Because according to them, it shows the extreme unlucky trait.

Signifying connectivity stands as a number that holds a key position in the Chinese numerology. Being a positive number, 7 is associated with that of the Chinese element of metal. Thus, supporting the ideas of trust and friendship.

The western system, on the other hand, uses it for someone who is constantly in search of the truth. Every step that it takes curtails to the idea of finding reality.

Portraying the idea ‘wealth and prosper’ this number is considered a highly positive number. The Chinese numerology has claimed that this number is belonging to that of prosperity and richness. It believes in the idea of being used extravagantly because of its lucky nature.

Being a true light bearer in the Chinese numerology system. The western system terms it as lucky as well but at a cost. One must give something in return to get an outcome out of it.

Associated with fire, this number signifies the thirst for new ideas and the making of new beginnings. It is very lucky and unique and is thus associated with that of the emperor himself.

The west calls it an artistic, bright, and a unique natured person who is famous for being someone who has a solution to what he is working for.

Chinese numerology calls for the numbers of 9 for the classification using the homophone words. With 4 being the unluckiest and 6 being the most adored. Each number in this system has a unique element attached to it, which further acclaims the entity of the number.