Numbers are one of the gifts to mankind, if they aren’t beautiful, then nothing is. Every single number has its own significance, from scientific to spiritual, from historical and ancient occurrence to futuristic approach, numbers are everywhere. To really understand numbers, one must look at their relationship with each other and its impact because if the role of a number is changed, it only enriches silence.

Today the numbers pi, Fibonacci sequence, the golden ratio, comma of Pythagoras, pyramid number every single one is the basic numbers from which the complex and curling patterns of astronomy and music are derived. However, there is something more important to it, the question of which is the luckiest number? Can we really find our very own lucky number?

Lucky numbers (0-9) and their meaning

Here we will go through the first 10 numerical digits and discuss what these numbers alone mean and their importance in different cultures and tradition.

The number zero is the most important numbers of all. Its importance can be known from the fact that it either means ‘all’ or ‘nothing at all.’ It symbolizes infinity. In numerology it means wholesomeness, it is a composite of everything that is which exists. It also signifies infinite potential and possibilities. It is surely the luckiest number since its reflection is divine.

One sure seems to be the loneliest of all numbers, but it carries an amount of luckiness with it, not so alone after all. The number one signifies the beginning of everything. The start of something new. The primary force with which all the numbers are put forth into perspective. The reflection of number one shows how its upright, standing straight with pride, like an arrow pierces through hurdles and obstacles in front of it.

Two signifies synergy. It believed to be the most feminine of all numbers in many cultures. It is not looked upon but contributes to power and strength. It’s an invaluable asset. The Egyptians upheld this number in various jewelry to highlight a two-fold path of human completeness, i.e. knowledge and wisdom.

Three is the official lucky number universally. It’s a sacred number through every culture or ethnicity. It can be a lucky number if one uses it as a point of focus. Anyone with the lucky number three can attain happiness easily.

It reflects stability and masculinity at some point which is why a person who’s lucky number is 4 will likely be more secure against hurdles in life and will possibly be more energetic to deal with it. People with a military career often have 4 as their luckiest number.

In Chinese tradition 5 holds a specific place. Since the five blessings which are wealth, luck, health, life and peace are what resonates with the number 5. Alchemists and astrologers often use the five-pointed star for protection. In times of David when he faced Goliath, it was his fifth stone that downed Goliath. Since then it also holds its significance.

Lovers card in the tarot and the planet Venus are the few things associated with the number 6. It incites love and harmony. This number is found mostly in teaching healing and counseling which makes it their lucky number in their respective fields.

It signifies intelligence, but it doesn’t necessarily make it obvious to see. For example, Einstein, Leonardo da Vinci, etc. this number is usually associated with introverted people, but its significance in luck is through the intellect it highlights in a person.

This number may be the most misunderstood number of all, it signifies power but also drags money with it. It’s an equalizer, which creates and destroys. People with a lucky number 8 are usually found in big corporations.

It’s a number with philosophical importance, the number 9 appeals to global consciousness. The number 6 also reflects on it, but 9 makes it even more. But it has a downfall since it’s easy to fall to the dark side with lucky number 9, but those who prevent it are leaders.

Some Luckiest Numbers around the Globe

Every digit has their own significance but what happens when they come together. Does that alter their essence or makes it more powerful in their effect? That’s a question which needs to be addressed, and hopefully, it has been shown that how different number and their occurrences have made it on top of the list to the luckiest numbers.

It’s more common to have 3 as a lucky number in Asia.

Number 9 is considered a lucky number in Japan.

The number 3, 5 and 666 is considered as luckiest numbers in China.

Russians usually consider odd numbers as lucky and even unlucky; they even buy flowers in odd numbers.

Italians have a fear of the number 17 and consider it as unlucky. But number 4 is considered lucky in most of Europe. It also symbolizes four leaves of a clover which means hope.

The number 13, which is regarded unlucky in the USA and many other countries, is actually a sacred number in Islamic culture. It signifies “in the name of Allah.”

In India, the number 8 is considered as unlucky while 1,3,7,9 and 13 are lucky. They believe it brings prosperity.

Luck in The Lotto

According to the different credible resource, the luckiest lottery numbers, which have been drawn out more than half of the rest, are 26, 41, 16, 22 and 42.

The luckiest number isn’t necessarily one of the above mentioned, but every number has their own essence in their respective cultures which considers them as lucky. For example, 666 is the devil’s number in Christianity, but in China, it considered as lucky. Similarly, 13 is lucky and sacred in the Arabic culture.

But some numbers are universally considered to be lucky of which 3 is the only number that repeats in every culture and country making itself the luckiest number. 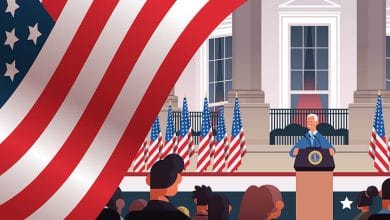 The Numerology for the Presidential Inauguration 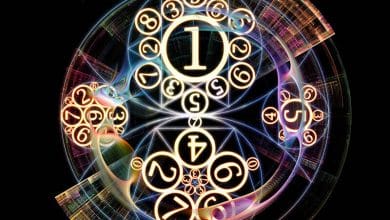 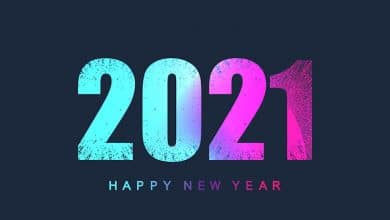 Numerology for the New Year 2021 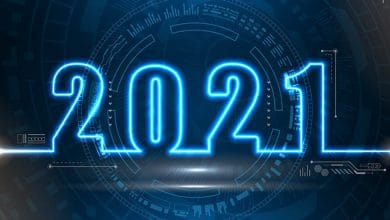 Universal Number Five Year – How to Excel in 2021?