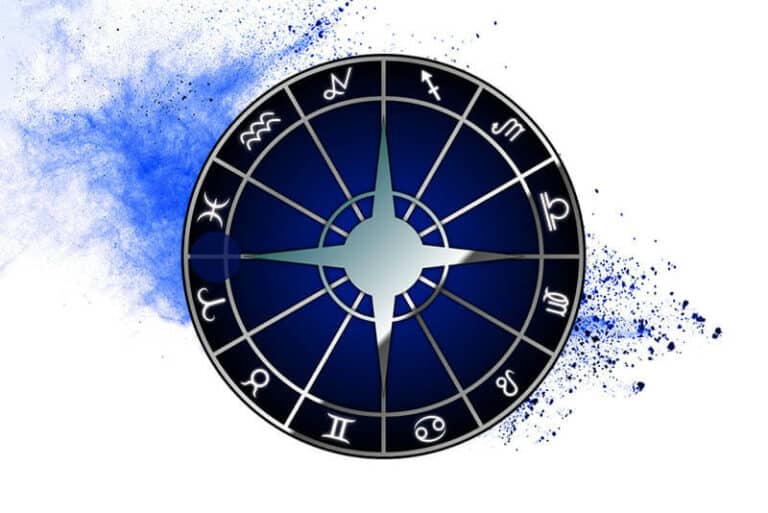 While March 18th to March 23rd are the days when the Sun can change signs, the Pisces-Aries cusp date range extends from March 17th to March 23rd. If you happen to be born on one of those days, you are “on the cusp” of Pisces and Aries.

If you happen to be born “on the side of” Pisces, then Pisces traits lead your Sun sign expression. The symbol for Pisces is two fish chasing each other’s tails. As the Mutable Water sign, these individuals adapt by being intuitive, sensitive, and flowing. They are at their best dreaming, imagining, and tapping into the collective conscious. They must learn toughness to manifest their best results. Being near Aries makes them more action-oriented and aggressive, which helps these Pisces individuals keep from getting lost in daydreams.

Strengths of Sun in Pisces on the Cusp of Aries

Unlike full-on Pisces individuals, these people can be more action-oriented and ambitious. Positively, they will be more focused and results-driven, which can help them implement their dreams and be a greater force for good than what you might see with a typical Pisces.

Weaknesses of the Sun in Pisces on the Cusp of Aries

A Pisces Sun near Aries can pick up some of the selfish and risky behaviors that plague the shadow side of Aries, which can rob Pisces of his or her natural gentleness and compassion, leading to aggressive emotional manipulation that a full-on Pisces would not pursue.

If you happen to be born “on the side of” Aries, then Aries traits lead your Sun sign expression. The symbol for Aries is the ram. As the Cardinal Fire sign, these individuals initiate by taking action; they lead by doing. They are at their best striving to be free, acting independently, and pursuing maverick opportunities. They need to learn self-discipline to make the most of their life journey. Being near Pisces provides imagination and sensitivity, which helps these Aries individuals be less selfish and more compassionate.

Strengths of Sun in Aries on the Cusp of Pisces

Unlike full-on Aries individuals, these people can be more adaptable and sensitive. Positively, they will be more inclined to share their feelings in helpful ways, which can make them very capable of moving others into healthy states of being, making them much more socially supportive than what you might see with a typical Aries.

Weaknesses of the Sun in Aries on the Cusp of Pisces

An Aries Sun near Pisces can be more attuned to others’ emotions, pushing for them to fret over things beyond their control, which comes from the shadow side of Pisces and can rob Aries of his or her natural ability to be a maverick, leading them to be worried about events they cannot control in a way that a full-on Aries would find unhelpful.

The Points Involved: Neptune and Mars

Each sign has a ruling astronomical point. Neptune rules Pisces and Mars rules Aries. So, the Pisces-Aries cusp individuals merge or blend Neptune/Mars.

Neptune represents your Way of Mystery. Its placement in a Sign and a House reveals how we are connected to the mass consciousness and the spiritual energy of the universe.

Mars represents your Way of Desire. Its placement in a Sign and a House reveals how we assert ourselves, where our aggression comes out, and where we are willing to fight for what we want.

These individuals will have a more balanced masculine and feminine energy instead of leaning heavily into the feminine energy of Pisces or the masculine energy of Aries. They can move more comfortably and fluidly with their desire to imagine and dream (Neptune) and their need to be assertive (Mars).

Cusp individuals can work very well in relationships because they have a connection to two energies as part of their natural design. Imagine that each sign has its own language. A “pure” Pisces individual talking to a “pure” Aries individual may really struggle to communicate, the same way someone who only speaks English might struggle with someone who only speaks Chinese. The cusp individual is bilingual and can speak both languages, which makes them very valuable to society. Essentially, they can translate between signs.

The Pisces-Aries individuals have a much wider range of compatibility because they can work well with water and fire signs. And they can complement earth and air signs. If they happen to lead with Pisces, then they will favor water and earth connections (Cancer, Scorpio, Capricorn, Taurus, and Virgo). If they happen to lead with Aries, they will favor the fire and air sign connections (Leo, Sagittarius, Libra, Aquarius, and Gemini).

One useful way to understand the progression of the signs, starting with Aries and going all the way through to Pisces, is to see them as a series of evolving steps. Pisces is the “I civilize” sign of the Zodiac and Aries is the “I am” sign. Individuals with Sun signs in the middle dates and degrees of the sign are here to work on the central energy of that sign. But individuals born on the cusp are here to work on the transition from one energy to another.

Therefore, the Pisces-Aries cusp individuals are here to learn how to “connect to the vast unknown” to understand their spiritual purpose and to become aware of how they need to act to “be themselves”. On the positive side, this “in-between” cusp energy gives them a broader view. On the negative side, they can feel “caught” in-between, making it harder for them to find a place that is a perfect fit.

New Moon
The moon is currently in Cancer