Skip to content
Home » Blog » Astrology » What Does the 7th House Represent in a Natal Chart? 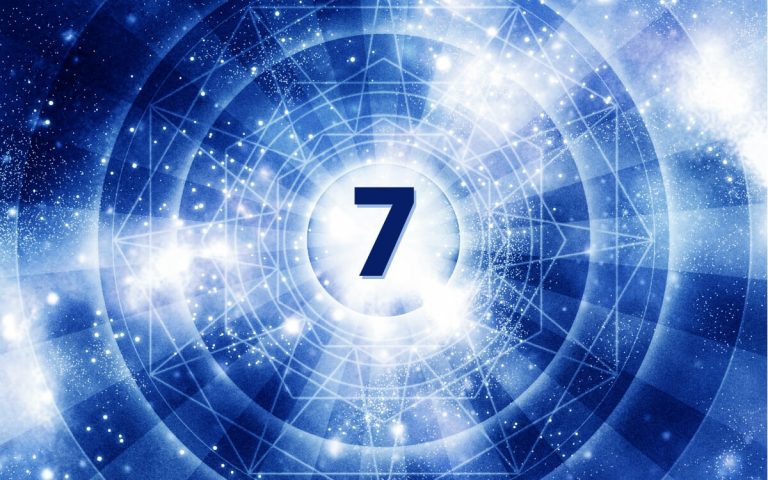 The Seventh House is the area in your natal charts that begin bringing you away from the self and shifts onto others. Therefore, this is the house of partnerships and relationships in general. The First House is the house that represents you as a whole, and the Second, Third, Fourth, Fifth, and Sixth houses are the houses at the bottom of the chart.

Those houses at the bottom are all about you. Yourself, your possessions, your way of thinking and communicating, your home, your pleasures, and your health are what each represents. Now that you are at the Seventh House, this is where the Descendant lies. That is the line where the Seventh House cusp happens to be, as it is where that house begins. The Descendant is the opposite of the Ascendant. The Seventh House is the opposite house of the First House. That is because the First House represents you, and the Seven House is the house that shows how you relate to others.

As that is the area of the chart where the shift away from you to others begins, this house rules marriage, business relationships, contracts, negotiations, agreements, and legalities. As a whole, one-to-one relationships are found here.  Additionally, this is the house in your chart that brings you out to the public eye. Whereas the public does not see the bottom of the chart representing you as a whole, the Seventh House is where you are seen. That is why often, well-known people often have the ruler of their Ascendant or their Sun in the Seventh House.

However, the Seventh House also represents the unpleasant issues you have had with partnerships. That can represent divorce, rivals, lawsuits, as well as open enemies. All of that can be seen based on the transits going through this house. It is naturally ruled by Libra, the sign that represents relationships, and Venus, the planet that rules socializing.

The first thing that is associated with the Seventh House often enough is marriage. That is what people immediately think of when they hear the term ‘partnership’. Marriage as a whole and the attitudes towards it are indeed found in the Seventh House. But the Eighth House reveals the nitty-gritty of the intimate aspects of the marriage.

There is also a belief that those who have Saturn in this house would likely divorce or be afraid to get married at all. That all depends on the condition of Saturn and the ruler of the Descendant. If Saturn is in poor condition, then there is a good chance that there would be fear of marriage associated with it, or that it would lead to divorce. However, if Saturn is in good condition, then the native would be the type to take marriage and any type of partnership seriously. They may also have a preference to marry someone much older. That is because they prefer a have a lifelong partnership with someone more mature to provide them with wisdom.

Someone with this placement would also take all of their one-to-one partnerships seriously as well. Therefore, if you plan to form a union with someone who has Saturn in the Seventh House that is in good condition, you’ll be in good hands. They’ll take the relationship seriously.

However, if you have someone with Uranus in this house regardless of the condition, they may opt to stay single as they don’t want to be tied down. They also may not make reliable business partners.

The planets in the Seventh House and the Descendant signs indicate what kind of business partners the natives make. For instance, if the native has a Scorpio Descendant or Pluto in the Seventh House, they will not be willing to become just anyone’s business partner. They will be doing a lot of prodding and probing, as there will be trust issues present. They’ll need to see proof that the potential partner is trustworthy. If they are, then the native agrees to become their partner as long as they are the ones who hold power. They will not tolerate being controlled by anyone.

The Seventh House is indicative of someone’s negotiation skills. For instance, someone who has an Aries Descendant or Mars in this house can be either too aggressive with negotiating or can be excellent negotiators. If their Mars is not in good condition, they can be very aggressive and cause others to submit to them in fear. However, if their Mars is in good condition, they can be powerful and effective negotiators without scaring the individual with who they are negotiating.

With that said, the condition of Mars can be indicative of how they are in one-to-one relationships as a whole. Those with poorly conditioned Mars will be quite demanding and argumentative all of the time. That is the type of spouse they would be as well. Those with Mars in good condition will know how to speak powerfully and effectively and will get their point across exceptionally well. Therefore, they can be hugely successful when it comes to how they deal with others in general.

However, someone with a Pisces Descendant or Neptune in the Seventh House would not make good negotiators, regardless of the planet’s condition. That is because Neptune removes boundaries. Therefore, anyone with this planet in the house would feel guilty negotiating. Consequently, they would not do well in business unless they had other powerful planets in good condition in this house.

If there is a new business partnership in the works that appear to be successful, that will depend on the transits taking place in the Seventh House. Venus can determine a promising partnership, or Jupiter transits that happen in this house. Either the planets themselves that are making transits through this house can be indicative of a promising relationship arising. Or, these planets transiting will make easy aspects to the ruler of the Descendant or planets in this house can show a successful partnership.

Therefore, if you want to know if a new successful partnership of some sort will be in the works, then transits of those two planets can give you an idea. At the same time, if these planets are afflicted, this may not represent a beneficial union. It can be a partnership that can turn sour. Therefore, an enemy would be made.

The Twelfth House represents hidden enemies, and the Seventh House represents open enemies. Therefore, you may think that the Malefic planets are Saturn and Mars transiting the Seventh House or are making hard aspects to the ruler of the Descendant is a sign that you’ll be dealing with a rival or an enemy. Yes, sometimes that is the indication, but that is not necessarily the case.