Skip to content
Home » Blog » Astrology » What Does the 11th House Represent in a Natal Chart? 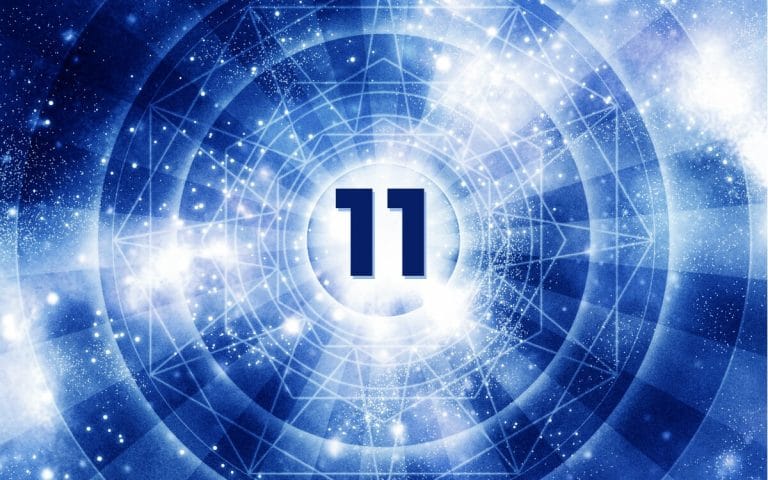 The Eleventh House is the house of friendships and acquaintances, groups, non-profit charities, clubs, dreams, wishes, and the type of friend you are. This is the house where you find your people who will like you for you and will not judge you on your personality at all.

This house is oddly linked to Third House matters as well. Your Third House represents the friendships you had during elementary school as well as your siblings in general. Your Eleventh House represents people in your lives who you talk to in general and your friendships throughout life. It can also represent older siblings if you have them (oftentimes if Saturn or Pluto are involved in this house, you may be the firstborn and not have older siblings).

What is in your Eleventh House? Let’s look closely at some examples of matters that are associated with this area of your natal chart. Let’s start with friendships and the type of friend you are.

Friendships and The Type Of Friend You Are

Have you wondered why you are a social butterfly and have had an easy time making friends? You probably have not given much thought to it since this is an area of life that has come easy to you. But on the flip side, you may wonder why you have struggled to make and keep friends throughout life. Let’s look at both scenarios.

If you are a social butterfly, then there is a good chance that you have either well-aspected Jupiter and/or Venus in this house. You may have Sagittarius, Leo, Gemini, Libra, or Aquarius on the cusp. Any of those planets and signs can be indicative of being naturally sociable. That does depend on other factors as well.

Gemini on this cusp or Mercury in this house can be indicative of being sociable but having a strong preference for having intellectual friends. That is because having intelligent conversations with those who you associate with is highly important to you. You never run out of things to talk about with them. And there is always wisdom to gain when it comes to friendships.

However, if you have Capricorn or Scorpio on the cusps of the Eleventh House, or Saturn or Pluto, then you will be a lot more introverted and not have the best luck with friends either. Both of these signs or planets can cause you to get to know others very slowly as there are trust issues, but once they do trust others, they are very loyal friends. But unfortunately, those who have Pluto or Scorpio that is relevant to the Eleventh House will deal with betrayal and hurt by those who they had trusted. This will be more of an issue than those who have Capricorn or Saturn involved in the house.

However, at the end of the day, either type will either end up alone with almost no friends or some distant acquaintances, or they may be fortunate enough to find a few trustworthy friends. Those with Pluto or Scorpio involved in the house have a greater chance of becoming friends with those who are into darkness and the occult, and they likely would have better luck there. In fact, they would have much better luck with those who have similar Eleventh House placements.

However, the one that would end up getting hurt the most is those who have Pisces or Neptune placements in the Eleventh House. Neptune makes one be quite compassionate and see the good in everyone. This, unfortunately, can easily attract those who have ill intentions and can cause them to get hurt over and over again.

And for those who have Aries or Mars involved in the Eleventh House would have a hard time making and keeping friends due to the fact that they would constantly get into conflicts. On the flip side, the type of friends they would likely stick to is those who are into sports.

That alone should give you an idea of why you are able to make and keep friends easily, or why you have struggled. What about the groups that you involve yourself with? Let’s talk more about that.

Therefore, for instance, those who have signs such as Scorpio or Capricorn, or Saturn or Pluto that are heavily involved or placed in the Eleventh House will not be likely to enjoy social events. That means they are least likely to go to concerts or fairs. If they really do want to see an artist, then they will stay at the back of the stadium away from people.

However, when it comes to charitable non-profit organizations, that is a different story. Anyone with any sign or planet in the Eleventh House would join a charity or non-profit of their choice. But their plants and sign placements will show the role they play in it. Those who are more introverted will be likely to donate but not necessarily share the cause with others except for the ones who are closest to them.

Those who are naturally extroverted will play active roles in the non-profit charity of their choice. They may even be a spokesperson and they will certainly make their role known. And their dream may be to be active in the non-profit organization as well. And speaking of dreams, the Eleventh House represents dreams, wishes, and aspirations as well.

The planets and signs in this house will not mean whether or not you end up having your wishes come true. What it can represent is how easy it is for you to attain them. That means if you have Jupiter or Venus in this house, you may definitely have an easy time attaining your wishes and dreams. And those who have challenging planets such as Saturn, Neptune, or Pluto in this house will have a much harder time attaining them. But it can be done. When it comes to Capricorn on the cusp of Saturn in the house, wishes will be rewarded with hard physical and mental labor.

If Neptune or Pluto is in this house or Pisces or Scorpio is on the cusp, then wishes and dreams will come through after doing a lot of soul-searching which is never easy to do. It can be downright uncomfortable. But if you want something bad enough you will do the uncomfortable work. Once you have done enough, you will be rewarded.

And whether the wishes or dreams come true or come to an end will also depend on the transits affecting the Eleventh House. Jupiter or Venus transits that make easy aspects to anything involved with the house can bring great news and wishes coming true. Hard aspects involving Saturn can make it difficult, but easy aspects involving transiting Saturn can make it happen with work involved to attain it. Hard Pluto transits can unfortunately take it away from you.