Home » Blog » Astrology » What Does the 10th House Represent in a Natal Chart? 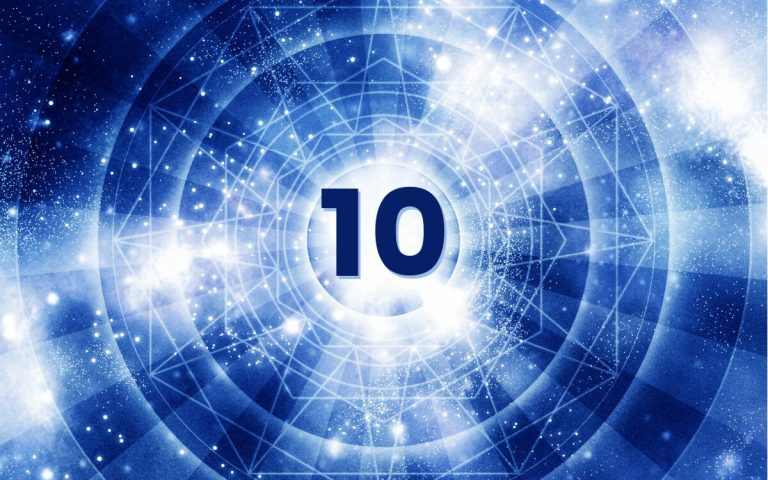 Have you ever wondered why you have been successful, or not successful, or ended up with a certain type of reputation? That is all found in your Tenth House, which is started by the Midheaven. Your Midheaven is one of the four main points in your natal chart which is the opposite of your IC or Imum Coeli which is your Fourth House cusp. Your IC is the lowest point on your chart, and it represents anything that is beneath the surface of Earth which is why it is the most private area of your chart. The Midheaven is the highest point above the surface of Earth and this is the most public area of your chart.

The nature of your career is what is found in this house. You may see a lot of material out there that talks about the ideal career for you being based on your Sun sign. There is a factor of truth to that, and the Ascendant and First House have an influence as well. However, the type of career you really lean towards is found in the Tenth House.

And sometimes your ideal career that is based on your Sun sign may just turn out to be a hobby for you, or how you represent yourself within your career. For instance, you have a Pisces Sun that may be in the Ninth House, but you have Aries on your Midheaven, and you have Mercury in that house as well. One of the careers that are associated with Aries being in the Midheaven or Mars in this house is anything that has to do with the law. Therefore, you may be a lawyer, and with Mercury in this house, you may have written a few law-related books. You may also have a very successful blog on what your law career entails.

However, because you have a Pisces sun, you may be drawn to music or art. Does this mean that even though your main career is in law that you may also have a side gig as an artist or musician? That is most definitely possible. And the fact that your Sun is in the Ninth house, you may be the type to go overseas often to become inspired in those areas. But, given your placement, it is unlikely that your main career would be in the arts. What about your reputation?

If you have Pluto in addition to Uranus no matter what the condition is, you will have a reputation of also being deep and mysterious, and known for sniffing out BS. Therefore, you may be seen as ‘weird’, but you would also be seen as not the one who was born yesterday either and somewhat feared. What about your professional image which is not the same thing as your reputation in its entirety?

How you appear professionally is also seen here. Are you the type that is seen as more laid back? Or are you tough and rigid in a professional way? Let’s go back to that example of Aries on the Midheaven and you being a lawyer. You also have Venus that is in good condition in the Tenth House. Therefore, you will not be seen as tough. You will instead be seen as someone who is charming and more laid back. You will be known as the lawyer who has charm and is easy going. Especially if you have an easy aspect with Neptune.

If you have Jupiter in this house, or if Jupiter makes an easy aspect to Venus in this house, then you will be the lawyer who is both charming with a sense of humor. And, you will always see the glass as half-full. Where does your place in society stand?

Your Place in Society

When the Tenth House is indicative of your place in society, that usually happens when your Midheaven or planets in your Tenth House are activated by transits. For instance, if you have Sagittarius as the Midheaven, or you have Jupiter in this house, you may be in the travel industry, or have a reputation for being jovial.

However, if transiting Neptune makes an easy aspect to Jupiter, that can be indicative of developing a compassionate side. Therefore, you want to be the one who is known for helping the disabled or the unfortunate. You may be the one who travels to 3rd world countries to help out, and that is your role or place in society. The one who wants to help those who are less fortunate than you because of a compassionate transit affecting your Tenth House. The same goes for ambitions.

Ambitions are also seen in the Tenth House and are triggered by transits. Therefore, if you have any planet in this house that is making an easy aspect to Mars, then you will be motivated to act on it. If you have Saturn making a positive aspect, then you will be serious about sticking to your ambitions. And a lack of motivation can come from Neptune or Venus making difficult transits that are involving your Tenth House. But this energy comes and goes. And your dominant parent may have taught you a thing or two about the importance of hard work.

As it was mentioned, there are mixed messages about the role of parents indicated by the Tenth House. Some say it is the mother, and others say it is the father. There are others who say it is the parent of the same sex. But it also makes more sense for this house to rule the dominant or authoritarian parent. The only way to properly make that judgment is by looking at the sign on your Midheaven and any planets in the house. Do they match your mother, or your father, or your parent of the same sex?

As you see, the Tenth House is the house that rules your public image, your professional life, and your reputation. What does your Tenth House reveal about you?