The Midheaven in Your Natal Chart

Home » Blog » Astrology » The Midheaven in Your Natal Chart 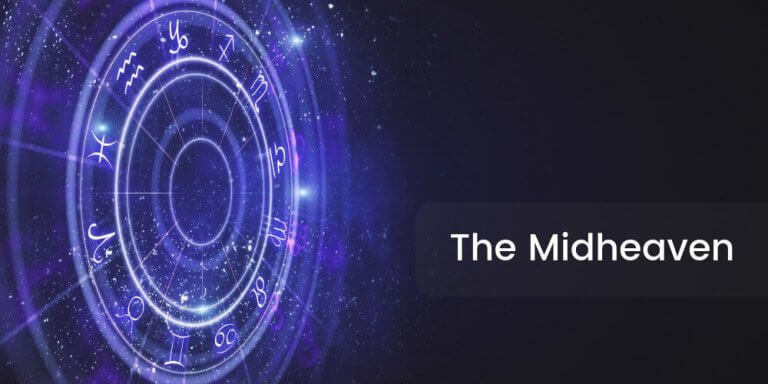 Of the four major angles in a birth chart, the cusp of the tenth house is referred to as the Midheaven or the Medium Coeli (MC), Latin for “Highest Point”. It’s located where the sun was at its highest peak during midday, literally meaning “middle of the heavens” or “middle of the skies”. It sits opposite the Nadir or the Imum Coeli (IC), Latin for “Lowest Point” where the Sun was at its lowest point at midnight.

Like the Ascendant and Descendant axis, the Midheaven and nadir are opposites, each side greatly affecting the other. One is exposed and the other is hidden. The IC shows what nurtures you. It is your family and the private side of yourself. The MC is what you show to the world. It’s your career and your public persona. However, just because one side of the axis is private and one is public, doesn’t make either one less important or less authentic.

Commonly referred to as the House of Social Status, many astrologers consider it a career house, but it is so much more than that. Traditionally ruled by Capricorn and Saturn, the tenth house points to your life’s mission. It represents your accomplishments, ambitions, everything you’ve built, and even your internet persona. What you show to the public is revealed through your tenth house. Just as your Ascendant shows the side of you people see immediately, your MC is what is shown through the public lens. This is the most elevated, open, and brightest part of yourself. People see your MC when you are at work, over the internet, on a screen, through social media—basically anywhere associated with your reputation. While career certainly plays a big part, these areas in your life are not always associated with what you do for work. For example, your MC can become activated when you become a parent as this is what people associate with your persona.

You can never truly understand the midheaven unless you understand the other side of the axis, also known as the IC or Nadir. One cannot exist without the other. In traditional astrology, the Midheaven represents father figures while the IC represents mother figures. The Midheaven is our example of outward success, and the IC is what nurtures and cultivates us. Therefore, people act differently in public than they do at home.

The IC is traditionally ruled by Cancer, an emotional and nurturing sign. People with this placement hold family values dear. At home, they are very family-oriented, and they do not want a spotlight shining in this area of their life. Their home life is where they feel most comfortable and private, and they want to keep it that way. On the other hand, the traditional Capricorn midheaven will make them hardworking and ambitious at work. This is where they crave recognition, where they are happy to have the spotlight focused.

Now if you take someone who has those two signs flipped, with Cancer on the midheaven and Capricorn on the IC, they may find their home life continually being put in the spotlight. The world then becomes their family as their home life may have felt somewhat cold and restrictive. It is important to find a balance between your MC/IC axis as both sides feed each other.

People with Aries midheavens are trailblazers. Ruled by Mars, their public persona is fiery and passionate, and they will hit the ground running, preferring to move at full-speed. They make great athletes and entrepreneurs.

A Taurus midheaven will often take the native a while to find their path, but once they’ve chosen it, they will never give up. Ruled by Venus, a love of food and beauty can be shown in the public eye.

These are the communicators of the world. They enjoy talking and writing, and their public persona will be very verbal. Ruled by Mercury, they might bounce around from job to job as they tend to get bored easily.

These people are natural nurturers. Ruled by the intuitive moon, their public persona will be emotional, sensitive and compassionate. They are great at cooking, childcare, and anything domesticated.

People with Leo midheavens are born leaders. Ruled by the sun, they are confident in their abilities and they enjoy being in the spotlight. They make great entertainers, motivational speakers, and CEOs.

This placement enjoys being of service. Ruled by communicative Mercury, people with Virgo midheavens make great editors, teachers, and doctors. They are the world’s perfectionists as they have an eye for detail and a knack for organization.

People with Libra midheavens ooze charm and diplomacy. They believe in fairness and justice, and they make great attorneys or judges. Because they are ruled by graceful Venus, they also enjoy designing. Their social presence will be elegant and full of aesthetic beauty.

Ruled by Pluto, people with Scorpio midheavens want to expose the darker, taboo sides of life. You won’t always see who they are, but you will see what they chose to expose to the world. They make great detectives and psychologists, and they love working in strange or unusual fields.

These are the philosophers of the world. Ruled by Jupiter, they are forever continuing education, even if it’s only self-taught. People with Sagittarius midheavens will be drawn to any career that allows them to be on the move, whether it is through travel or learning.

As the traditional ruler of the tenth house, these people take their careers very seriously. They are driven and ambitious, and they will work hard as they climb their way to the top. Whatever they chose to do, they will feel a need to perfect their craft.

As an air sign, people with Aquarius midheavens enjoy the flow of information. They are drawn to specialized fields because they are looking to shine in ways that are unique to them. Ruled by Uranus, these people will have a zany and quirky social presence as they are truly one of a kind. They also excel in anything involving humanitarianism or activism.

People with Pisces midheavens are known for their compassionate nature. They handle emotionally charged situations and adversity really well. Ruled by Neptune, their social presence will always be a little bit of a mystery.

A passionate astrology writer with more than ten years' experience in western astrology. You are more than your Sun sign!