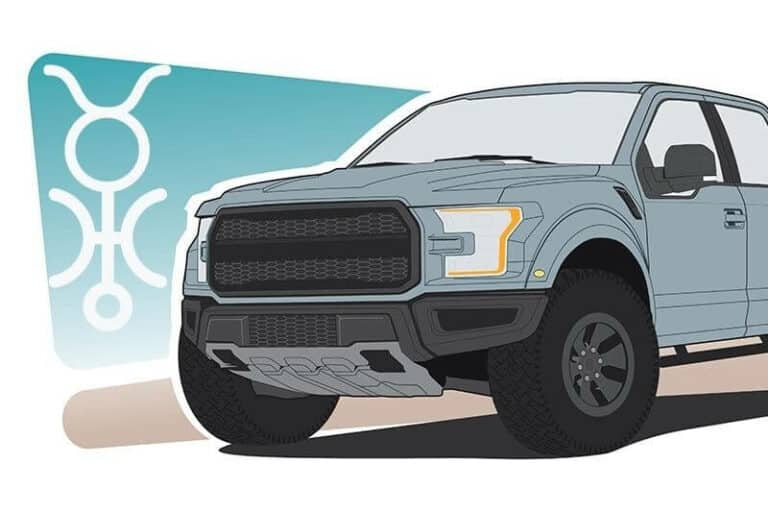 Uranus in Taurus began in December of 2019 and will last until July 2025. The last time Uranus was in Taurus was 1934 to 1942. It is easy to identify these years as the time of the Great Depression and the beginning of World War II, and those events can certainly reflect Uranus in Taurus. But, more interestingly, Uranus in Taurus represents breakthroughs in technology and social norms that revolutionize everyday life. This article will look at the result of this transit with the arrival of the Ford F-150 all-electric truck.

Uranus brings breakthroughs, shocks, and revolution. Taurus conserves, supports traditions, and prefers for things to “stay the way they are”. So, you can imagine that this transit is likely to impact life in fundamental (Taurus) and revolutionary ways (Uranus) while it goes on from 2019 to 2025. Electric vehicles have existed since the first cars were made back in the 1800s, but they never achieved any form of mass production until they almost broke through in the 1990s.

In 2006, the movie “Who Killed the Electric Car?” explored the rise and fall of the electric car, successfully developed by General Motors (GM), but later destroyed (all but one, which went to a collector who promised never to drive it) once it became clear it would undermine the systemic structure of the car industry (no gas stations, oil filters, gaskets, and on and on). However, with Uranus in Taurus, the electric vehicle is set to break through to be the new form of daily technology in use to travel by car or truck.

According to a June 21, 2021 article from the Pew Institute, electric vehicles make up only 4.8% of the world market and a measly 2% of the US market, the largest automobile market in the world. Even with the apparent success of Tesla, which is certainly in the news a disproportionate amount compared to its actual sales in the overall scheme of the market, the electric vehicle market has hardly “broken through”.

However, changing times, astrologically reflected with Uranus in Taurus, suggest that this could very well be the time when electric vehicles cross a magic threshold that will show they are, in fact, on the way to replacing gas-powered cars and trucks and sending them the way of other out-of-date technologies.

Therefore, it is not surprising that, as an aspect of American history, that the period between 1935 and 1942, and the years soon after when Uranus entered Gemini, would be one of the astounding breakthroughs in technology and society norms. Let’s just consider a few profound examples: rocket power for planes, with the development of the Heinkel He 176 in 1939; the discovery and use of nuclear fission (1938), which lead to the development of the atomic bomb; and women entering the workforce in support of the war (1940 to 1945). Each of these, and many more, fundamentally redefined reality (Taurus) in shocking ways (Uranus).

It’s one thing to design an electric car for upper-middle-class or wealthy Americans, or for climate-conscious individuals who want to “put their money where their mouth is”, and quite another to introduce an electric vehicle into the “working world” of the people who operate at the foundation of society, namely in construction and farming, the most Taurean of lifestyles and activities. But that is exactly what Ford Motor Company is doing by making its best-selling truck, the F-150 an all-electric vehicle.

Uranus is constantly doing breakthrough work, but what makes a breakthrough special in an earth sign is what “sticks” and becomes part of the real world. In Taurus, we want to pay attention to the ones that could really change the foundation, and this truck is likely to be one such breakthrough. Estimates, at the time this article was written, show pre-orders exceeding 100,000 and climbing. Since 2005 sales have averaged between 600,000 and 800,000, this number is significant for a vehicle that has no proven track record.

If this truck breaks through, expect every other truck maker to get on board and begin developing a truck in their line that is all-electric. Roughly 11 million light trucks were sold in the US in 2020 and the total of all vehicle sales was 14.3 million. If you want electric vehicles to become truly mainstream (Taurus), then you have to make a functional light truck, which Ford is releasing in 2022.