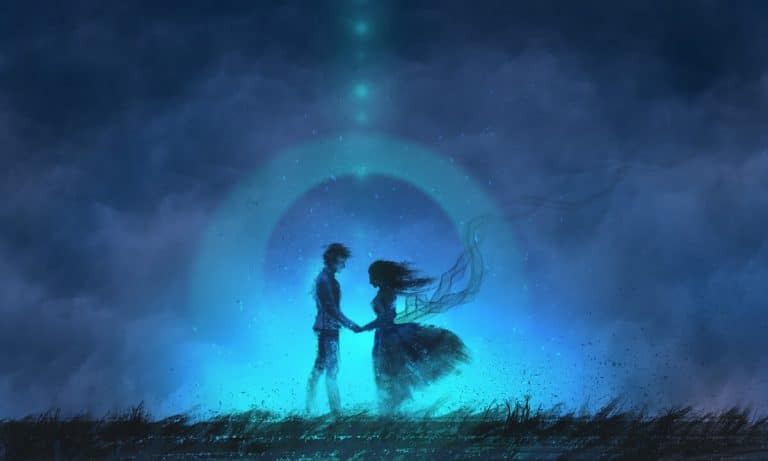 Deep down most of us are searching for love, even the most unromantic of us end up seeking a partner, somebody to share our lives with. On the spiritual side, we are told that ‘love is all there is’ and so perhaps seeking love is not what life is about at all?

Traditionally in the astrological chart, Venus is known as the love planet. Always denoted to represent how we experience and express love, based on its position in our charts; the simplest way to look at our relationship potential and compatibility has always been to regard the position of Venus.

In the older astrological teachings from say the Victorian era and prior; Venus was the only planet associated with love and in those days before; Uranus, Neptune, Pluto, Chiron, etc. were known about it worked well. Life was simpler then; more about survival and intrinsically love had to be bound up with one’s financial prospects and trust particularly for women who were less able to survive without a man unless independently wealthy.

It’s interesting to observe how much things have changed over a couple of hundred years, and how, interestingly the discoveries of additional planets represent these changes.

Astrologers looking into relationship comparisons have long used Saturn as their main focus of what makes one relationship last vs one that doesn’t.  Saturn is regarded as the ‘glue’ the ingredient that helps you stay together, ‘for better and for worse’ and certainly we would look to Saturn as the planet which represents marriage, commitment and ensuring the stability of the family unit.

Does this denote love though?  Is the definition of love, the amount of time you are with the other, or the amount of nurture and connection that you experience with them?

What do you think?  As always, I would love to hear your views.  My own, however, is that love is more intangible, and heart-based, and cannot be measured, explained or quantified.  Perhaps this is why so many love stories feature tortured separations and great loss?

Saturn does add the desire to stay with the loved one during the hard times and encourages the tenacity required for enduring love.  However, in and of itself Saturn describes the relationship as an entity but does not have anything to do with the love itself.  It is fair to say that a very Saturn-based relationship may be absent of love altogether and exist purely for convenience and the advent of having children.

When Uranus is looked at in a relationship chart it is often viewed as negative.   It is said that Uranus connections bring electrical, passionate sparks as if from nowhere, which may disappear just as quickly.  I have seen this to be true.  I have witnessed the heady chemistry of two individuals drawn together by a brief electrical storm, which ebbs away as quickly as it appeared.

The essence of Uranus though does correlate with the modern values of love.  Uranus is about freedom, expression of the self, being unencumbered and accepting others just as they are.  It turns out that the values represented by Uranus are incredibly important in a healthy, modern relationship.  True love recognizes the spirit and essence of the others, the higher expression of which does not ask anything in return, rather recognizes the beauty in the other just as they are.

Discovered in 1790 and coinciding with the French revolution and other uprisings, along with the industrial revolution, the gateway into the modern world as we know it.  Although our lives are now ruled by technology, innovation, and science (all ruled by Uranus) the setup of our relationships hasn’t really caught up.  This could be why many modern relationships are so dysfunctional.  (What do you think?)

Uranus teaches us about higher love and is the planet which also correlates with the ethos that loving the self, helps us to better love the other.  Love is not ownership or expectation; love is saluting the beauty in you.  Namaste!

Neptune was discovered in 1846 and has always been linked to photography, film, music and higher love. It’s interesting to consider that it was during this period that in the UK Queen Victoria was seen to be in a highly romantic relationship with her husband and that this was the first time a monarch or figurehead was recognized to be focused on their love relationship also.

In fact, it is during this period that the first onslaught of paparazzi as we know it now, began to develop. The media was just beginning to become more visual and due to the industrial revolution newspapers could be printed daily and started to be concerned more with gossip and aspirational lifestyles. Victoria was one of the first fashion icons and was the forerunner of many trends we still follow now.

We all know now that we can manifest our ‘dreams’ by using imagination, clear focus, imagery and then gratitude. This entire process is the realm of positive Neptune and is concerned with using the love that is all around us, as Universal power. Harnessing the beauty that exists to help co-ordinate our more ideal life paths.

In many ways Neptune is the ultimate romantic planet, ruling all that is unseen, including energy, soul connections, and higher wisdom.  By tuning into Neptune, we can ‘see’ our soul vibrations, what we are emanating and who connects with us to the higher energetic planes.

They say that Neptune, being intangible, is not connected to modern love, but I disagree.  Love should always feel like it’s ‘from nowhere’ but bigger than we are.  Venus is exalted in Pisces, the love planet operating best in the sign which is connected to all things, Neptune.  Certainly, Venus in Pisces makes us a little vulnerable in the fast-paced, unemotional modern world, but Neptune still understands the amorphous magical vibe of love at its highest level.

Discovered in 1930, Pluto has been linked to splitting the atom and deep transformation. Interestingly, it was around this time that the analog computer was invented, along with the jet engine and frozen food. All inventions that have gradually but completely altered the way we live in the modern world. Pluto has always been about great transformations; for better and for worse and the fact that without recognition of our deepest darkest truths we will only live in fear of them.

The discovery of Pluto is perfectly linked to the development of psychology, and studies of the subconscious, psyche, and super-conscious becoming mainstream concepts that became integrated into teachings and therapies which are still used today.

The main precept of Pluto, or at least how best to deal with the dark fears that it can bring up for all of us, is to learn how to ‘let go’. Most of us will be familiar with areas of our personalities which are controlling, and static. We all have a tendency, in the modern world, to become attached to people and things. Partly, because our basic needs are fulfilled and so the pursuit of happiness and contentment can become a more primary focus and also in part because we’ve mostly been encouraged to build our lives out of bricks; both physically and metaphorically.

The need to let go probably wasn’t a necessity prior to 1930, in quite the way it is now. Certainly, in the westernized class system with ultra-traditional values, there weren’t many options available. If one was wealthy then duties were clear, concise and unavoidable and if poor, then the loss was so inevitable it had to be accepted as a part of normal life.

It’s therefore interesting to consider how the Wall Street Crash had such an effect on the economy that the structures of the class system and concepts of who was rich and who was poor began to change forever and it all happened at around the same time that Pluto was discovered. In this case, “what goes down, must {eventually}go back up.”

To go back to the main preface of this article. What does any of this have to do with love?

Well, to consider that ‘love is all there is’, surely the only way to access true love is by letting go?

Pluto is very much involved in relationship astrology. As well as everything else it also represents sex, obsession, deep transformative connections and will also feature between the charts of soulmates.

Due to the deeply compulsive qualities of Pluto, it can become all too easy to be addicted in a Plutonic relationship; when actually by learning to transmute jealousy into freedom, neediness into acceptance and sexual needs into tantra.

By allowing ourselves to be freed from shackles of all that Pluto uses to confine us, we can better experience the connection to all that is, and that which is true love.

And so what IS true love? Well, of course, it is about accepting the other and loving them unconditionally, but it’s also about seeing them as they are, beyond one’s needs. Again this comes back to learning to step into the depths of Pluto, in order to disregard the energies that hold us to all of the ego-based earthbound energies.

True love is freedom and faith; truth and forgiveness; kindness and giving. In order to access the higher more spiritual attributes of true love, one must then look to Chiron.