The History of Automatic Writing – Psychography 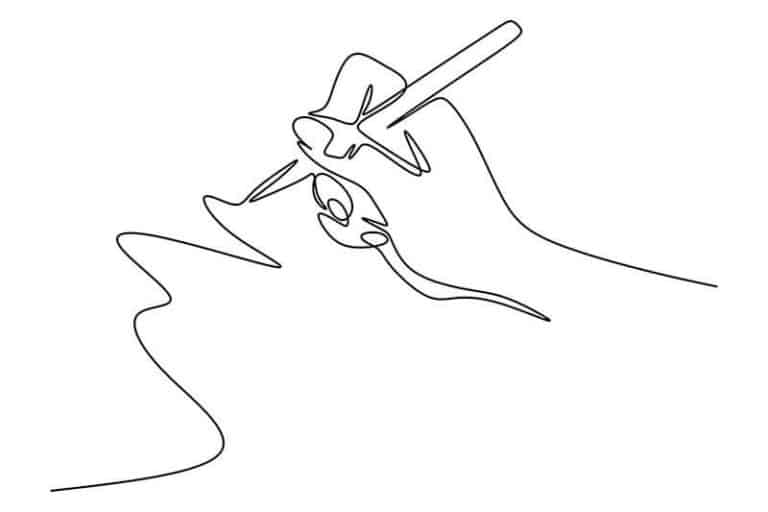 Some psychic mediums possess a truly special gift known as automatic writing, which is also called psychography. Automatic writing is writing that occurs without the conscious intent of the one whose hand is doing the writing. Instead, the medium’s hand is guided by a spirit, thereby passing a written message from the ethereal world to the mundane world. Thus, automatic writing is a method of channeling the spirit.

The Origins of Automatic Writing

BUT… did this knowledge actually come from the academic studies of Chinese or were they revealed from the spirits? Is it simply a coincidence that the earliest records of automatic writing coincide with one of the most rapid advancements of knowledge in human history?

Academic pursuits were highly prized during the Song Dynasty. Mathematics, botany, geology, astrology/astronomy, and philosophy were all actively studied, and it was a time of extraordinary vision and accomplishment. Knowledge expanded so rapidly during this period that many historians have pondered how this could have happened. What caused the sudden acceleration of knowledge? Some have postulated that the ideas may have come from the spirits through various forms of automatic writing. It is also thought that some of the knowledge attributed to the Greeks actually came from studying with Chinese monks who referenced these automatic writings and their subsequent revelations.

What Is Trance Writing?

Trance writing is a form of automatic writing. In this form of automatic writing, the psychic medium will enter a trance state where she will not even be aware that she is writing. The process is similar to the spirits guiding a psychic’s hand on an Ouija Board to spell out words while in a trance state. The resulting writing is usually in cursive, but some trance writing is printed. Psychics today sometimes use a keyboard to type a message obtained from the spirits during trance writing.

An Intriguing Example of Automatic Writing

Perhaps one of the most famous ghostwriters of all time was Pearl Lenore Curran. You see, Pearl was born in 1883 but she was the ghostwriter for a spirit who lived two centuries before her! The spirit’s name was Patience Worth, and from the visions Pearl got, she seemed to have lived in England in the latter half of the 1600s. She then immigrated to America where she was killed by Native Americans. Pearl was so taken by this spirit that she named her daughter after her.

Channeling Patience, Pearl wrote several novels, plays, short stories, and more than 3000 poems. Pearl was not only a prolific writer but her published works won awards and high reviews. One of her books was heralded by the New York Times as a “feat of literary composition.” Contemporary distinguished writers considered her a literary prodigy, as did scholars of the time.

It all started in 1913 when a friend of Peal’s convinced her to try out an Ouija Board. Reluctantly she did and that’s when Patience Worth first contacted her. Initially through the Ouija Board, and then through automatic writing, Patience’s literally talents shone brightly through Pearl. Various investigators tried to figure out how Pearl was able to do this. Some actually thought she was a fraud, but no one could ever prove this to be the case.

it was all a big mystery as to how Pearl had suddenly gained the ability to wax poetically. There was nothing extraordinary about Pearl’s life. She had not traveled abroad. She had been a below-average student with little interest in school or learning. She hardly ever read any books. Pearl was born in 1883 in Illinois but grew up in Texas. When she was 14, she moved with her family to Missouri. She performed so poorly on academic tests they decided to put her back a grade. So, it made no sense for her to suddenly become a literal genius.

So, how could Pearl have written in such a sophisticated way? Stylistically, it just didn’t fit. She wrote about things that she had no firsthand knowledge of, nor had she spent any effort in reading about or researching these subjects. The only other explanation that seems to fit was exactly what she so openly explained in interviews. The spirit of Patience Worth spoke to her and dictated the words. In her automatic writing, the words just flowed out in elegant prose and poetry. There were witnesses in many cases, including professors who were astonished at her ability.

This is the way it has been for many who have written great works through automatic writing. They simply write way “above their pay grade.” In some cases, they write in languages they’ve never spoken or written before, i.e. languages they don’t even understand. For example, an English speaker who suddenly writes in Arabic characters, a language where the alphabet isn’t even the same.

Automatic writing can and does produce shocking results at times.

Is Automatic Writing the Same as Free Writing?

No, and there seems to be much confusion on whether or not freewriting is the same as automatic writing. In freewriting, a person is encouraged to write continuously whatever comes to mind without pausing — absolutely no pausing and no erasing/deleting of what has already written. While writers usually take their time and consider how ideas fit together and how each sentence is formed as they are writing, the purpose of freewriting is to put forth a free flow of ideas no matter how farfetched and just not worry about crafting perfect sentences. Freewriting is essentially a form of brainstorming, only t’s written in complete sentences.

However, the free flow of words on paper is where the similarities between free writing and automatic writing end. In freewriting, the words and ideas do come out of the mind and imagination of the writer. In contrast, the words and ideas expressed during automatic writing do not come from the writer but rather from the spirit that guides the writer’s hand. The writer, a psychically gifted person, simply serves as the medium through which the spirit communicates. So, instead of the psychic vocalizing the message from the spirit, she is guided to write it down.

Is Automatic Writing from the Subconscious Mind?

An ancient form of automatic writing that took place in China was called “fu chi.” The spirit would direct the hand of the medium to push a stick in the sand to write out Chinese characters. It is thought that several paragraphs of the Taoist Daozang Canons were transcribed by mediums through the guidance of the spirits in automatic writing.

The next time you go to the beach, you may want to try your hand at automatic writing. Find a piece of driftwood, or perhaps a pointy shell, and allow the spirit to guide your hand as you “doodle” in the sand. Even if you don’t immediately recognize the meaning of what you write or draw, be sure to take a picture so you can refer to it later. You may be surprised when the true meaning of what the spirit directs you to write becomes known to you. It may in fact turn out to have profound meaning in your life.

Everything You Need to Know About Your Aries Partner