The Decans of Virgo 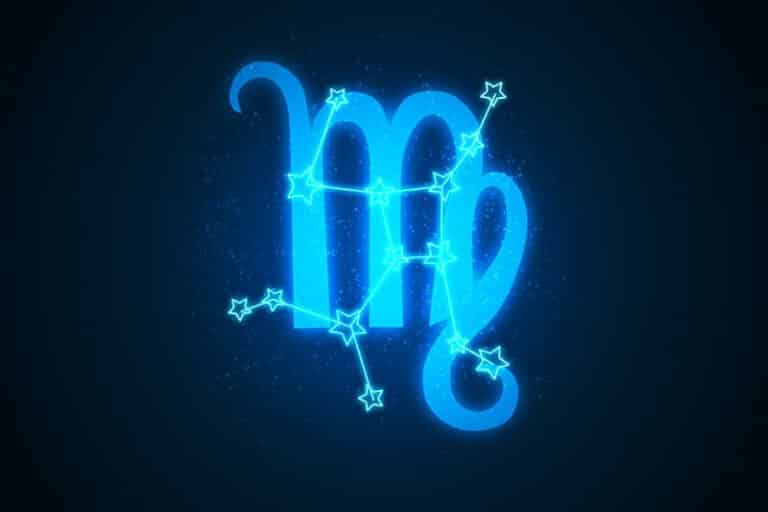 Your zodiac or sun sign is not the whole story of your horoscope. Your birthday decan provides further insights into your zodiac persona or archetype. This month tells the story of Virgo.

This year we entered the zodiac territory of Virgo on 22 August and will stay there until 22 September. Virgo is a mutable Earth sign representing the cooling weather as we approach the end of summer and the beginning of autumn in the northern hemisphere (or the end of winter and into early spring in the southern hemisphere.)

It is harvest time- ‘the season of mists and mellow fruitfulness’ (From An Ode to Autumn by English poet John Keats) Virgo represents the classical Hellenistic goddesses of wheat and agriculture. The brightest star in the constellation of Virgo is Spica, aka ‘the ear of wheat’.

Virgo the Maiden, named after the constellation as shown in the illustration below, is the sixth sign of the zodiac and rules the concepts of work, service, practical intelligence, food, harvests, health, digestion, hygiene, and routines.

Virgo is traditionally ruled by Mercury, the planet of communications, inquiry, science, commerce, trade, and travel. This symbolic planetary influence brings to the Virgo-born subject, an enlarged curiosity and a combination of analytical ability, but also a certain contemplative or even mystical quality.

All zodiac signs are archetypes, meaning something that is considered to be a perfect or typical example of a particular kind of person or thing,

The zodiac signs paint a ‘typical’ portrait of a person born at a particular time of year, in a particular season. A baby born in summer, for example, arrives in a different physical environment from a winter born baby, varying temperatures, the available hours of daylight, and so on, with a range of potential effects.

The major arcana card in the Tarot representing Virgo in total is The Hermit, denoting a deep-rooted connection to Nature, wisdom, maturity, and the value of solitude and self-sufficiency. The Hermit also represents the idea of service – the desire to help Humanity.

The cards are from the Rider-Waite Tarot deck, or as many Tarot scholars now call it, the Smith-Waite, in acknowledgment of the artist, Pamela Colman-Smith.

The archetype of Virgo is the Craftsman, paying careful attention to every detail, taking pride in doing the job, whatever it is, to the highest standard possible. There’s no substitute for skill and hard work, according to Virgo.

Of course, there is no such thing in reality as THE Virgo personality. You are a unique individual. Your zodiac sign (also known as your sun sign) is a major keynote, but it’s by no means anything like the full picture in real life – or even in astrology.

These archetypes, however, are based on thousands of years of observation, and your personal decan, which depends on where your birthday falls within your zodiac sign, digs a little deeper. If you don’t feel like a ‘typical’ Virgo, perhaps you are a second or third decan Virgo, rather than a ‘most typical’ first decan Virgo.

What are the Decans?

The decans were a feature of Egyptian astronomy, later adopted by the Greeks and incorporated into astrology.

The visible area of the sky as seen from earth is what we call the wheel of the Zodiac, and represents an imaginary circle of 360 degrees. This circle is divided by arithmetic into twelve ‘slices’- the zodiac signs we are familiar with today.

Each of the zodiac signs represents a 30-degree slice of this imaginary ‘pie in the sky,’ as seen from Earth. Each zodiac sign can be further sub-divided into three blocks of ten degrees, equivalent to about ten days in length. This is not exact and may vary by a day or two because not every month is the same length. These three sub-divisions of all the zodiac signs are what we call ‘decans,’ from the Greek word for ten.

It may be worth noting there is more than one decan system, depending on whether we are using traditional or Modern astrology, which uses the outer planets, not discovered at the time of the original model of Western astrology as recorded by Ptolemy in the second century AD.

Some astrologers may dispute which approach works ‘best.’ But astrology is not an exact science. It is an Art with an element of science. They both ‘work,’ and it is worth bearing in mind, the great seventeenth-century astrologer William Lilley used traditional astrology –correctly- to predict the Great Plague and Fire of London in a book published in 1651, years ahead of the actual events in 1665-1666, when the outer planets, Uranus, Neptune, and Pluto had not yet been formally discovered (Uranus was recorded in 1690, Neptune in 1846 and Pluto in 1930).

For the avoidance of confusion, we are using the traditional system.

Look at him. This person is absorbed in his work, and he seems to be enjoying himself. This work has meaning and purpose for him. This is typical of this decan. There is a mixture of quiet warmth and a cool mind with a talent for acute observation and incisive analysis; however, this is expressed artistically, commercially or scientifically, or in administrative tasks. Virgo is a master of the spreadsheet.

They see more than they say, but they have a talent for communication via the spoken and written word; making many of these subjects potentially great teachers. They are hard-working, industrious. ‘We reap what we sow,’ goes the old saying. This is not necessarily always true or fair. Misfortune strikes plenty of people who have done nothing to ‘deserve’ it. And plenty of wrong-doers escape justice.

However, it is broadly true to say, we can’t reap what was never sown. Even wild berries had to be first sown by the wind or by birds. First decan Virgo understands this better than almost anybody else in the zodiac.

Virgo is generally physically attractive and well presented, though not in a dramatic way. Neat, tidy, well-groomed; slob is not in their vocabulary.

They are affectionate, faithful friends and partners, with a keen, if dry sense of humor. They are a cheerful company, though they may be annoying at times, due to their tendency, whether you like it or not, to tell you how it is, at least as they see it. This can make them seem petty or picky, or a tad OCD if they are not careful.

This decan is traditionally associated with Venus, the planet of love, beauty –and money. A perfectionist; conscientious, devoted, and above all focused, they can turn anything they do into an art form in its own right.

Notice the hooded falcon on her wrist. She has ‘tamed’ wildness – or chaos. She has cultivated a home, a garden, a business, and made it thrive, healthy and beautiful. She is financially self-reliant and self-sufficient, but this does not mean it came quick or easy. To achieve this she has learned to control the wild falcon representing her impulses, wants, and desires. She has learned self-discipline and self-control, the power of deferred gratification.

A squirrel will have no nuts in the winter if it eats them all at once. This, the second decan of Virgo can make a most wonderful, conscientious provider for themselves and for others, and love to spoil their loved ones. But though they have learned to do without, and at times, they probably had no other choice, still, they do value beautiful things.

The Third Decan Virgo is both a creative and a practical thinker. These are proud people, not vain, but dignified – this is a big difference. They need to be their own masters and it’s not about the money, or at least, not for its own sake. These people are careful, but they are not misers. They have a winning way with people and may work in the public eye; such is their talent for communication; personal, professional, artistic, written, and spoken.

Notice the old man surrounded by family, adults, children, and dogs too. Virgo cares for animals. What he has built, he has created in order to share, to pass on, seeing himself as part of the bigger picture, a link in a chain of legacy. This could mean money. It could mean ideas. It could mean a place that means everything to them, their own home or their homeland, with a sense of belonging, of being in the right place – to feel this way is a treasure beyond price.

These are family-minded people, realists with an optimistic temperament and a ‘can do’ approach.  They enjoy family outings, a walk in the woods, or a trip to the seaside. They will organize it. Virgos are makers and menders, and usually good with animals too. Eco-warrior is not really their style. But they do care about the environment. Virgo is about food for the mind and soul as well as the body.

Where Are You the Most Likely to Find Each Zodiac Sign?